What if Michael Collins had been Irish leader the night Pearl Harbor was bombed?

Today, December 7, marks the 77th anniversary of the attack on Pearl Harbor. Would Ireland have acted differently if Michael Collins had lived and been in charge? 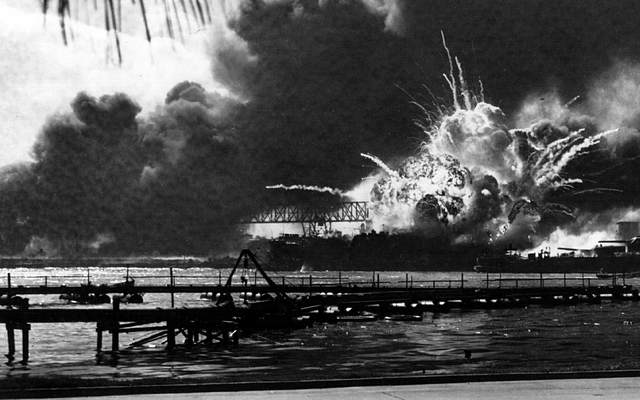 On December 7, 1941, the Imperial Japanese Navy attacked the United States Naval fleet at Pearl Harbor, Hawaii, resulting in 2,335 deaths, including 1,177 alone on the battleship U.S.S. Arizona.

Eight battleships were sunk, severely damaging the U.S. Navy. Luckily, all the Navy's aircraft carriers were out to sea at the time of the attack. America was thrown into grief and panic with this audacious act of war on the day that President Roosevelt said would “live in infamy.” 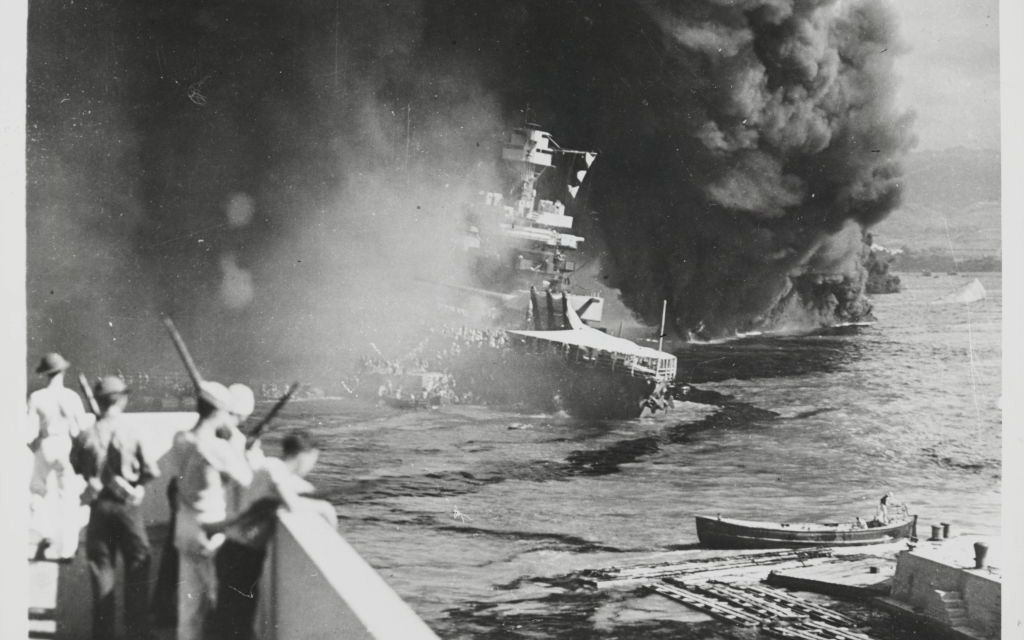 But in London, there was a celebration going on at #10 Downing Street. For there, British Prime Minister Churchill had found a partner to fight Adolf Hitler. Despite the 2,335 American deaths, it was a time to celebrate and Churchill broke out the cognac.

Strangely, in his ebullient mood, Churchill’s thoughts turned to Ireland, a devoted neutral country under Eamon de Valera, and thus a thorn in Britain’s—and Churchill’s—side.

Churchill then did one of the most bizarre acts of World War II. Amazingly, it is seldom brought up and has not been given much historical inspection. A good description of it is found in Tim Pat Coogan’s biography,” De Valera: Long Fellow, Long Shadow.” Let’s let Coogan take it from here:

“At 1:30 in the morning of 8 December 1941 his [de Valera’s] phone rang. Joseph Walshe was on the line to say that Sir John Maffey had a message for him from Churchill which would not wait until daybreak; he had been instructed to deliver it at once. Pearl Harbor had been attacked the previous day. De Valera wondered if the message portended a drive on the Irish ports as a result. Maffey arrived half an hour after Walshe’s call…But the mountainous message turned out to be a Churchillian mouse, and one which had apparently been at the brandy into the bargain.”

Read more: Pearl Harbor Irish heroes remembered on the anniversary of the attack

Churchill’s message was succinct and tantalizing:

“Following from Mr. Churchill for Mr. de Valera. Personal, Private and Secret. Begins. Now is your chance. Now or never. ‘A Nation once again.’ Am very ready to meet you at any time.”

When boyhood’s fire was in my blood

And Ireland, long a province, be.

A Nation once again!

A Nation once again,

A Nation once again,

And lreland, long a province,

be A Nation once again!

What exactly was Churchill suggesting? A united Ireland in return for help in his battle with Hitler? Clearly, Churchill was pulling—we call it “trolling” today—on de Valera’s patriotic heartstrings.

But de Valera would not take the bait.

“On being handed the written text I concluded,” de Valera later wrote, “that it was Mr. Churchill’s way of intimating ‘now is the chance for taking action which would have ultimately led to the unification of the country’….I did not see the thing in that light. I saw no opportunity at the moment of securing unity, that our people were determined on their attitude of neutrality, etc.”

The “What Ifs” of History

De Valera concluded that he

“was not in favor of it because I considered it unwise; that I didn’t see any basis of agreement and that disagreement might leave conditions worse than before and that my visit, in any case, would have the results that I had already indicated.”

Now de Valera has never been accused of having an over-active imagination or vision, but it seems his reaction is downright paralyzed.

What if Michael Collins had been Taoiseach of Ireland in 1941? Knowing the daring and inventive Collins, would he have had a different response? The first image that jumps into mind—Collins being Collins—is him showing up at #10 Downing Street the next morning playing Monty Hall and screaming “Let’s Make a Deal!”

It should be remembered that the relationship between Churchill and his dealings with de Valera and Collins were on completely opposite poles. From the 1920s through the 1950s Churchill and de Valera had been combatants. They only made peace towards the end of both their terms as prime ministers of their respective countries.

Read more: Greatest quotes from and about Michael Collins on anniversary of his death

Churchill and Collins, conversely, had a fairly good, if unlikely, relationship. In early 1920 after Collins’ assassination squad—the infamous Twelve Apostles—had killed a couple of British spies in Dublin named Jameson and Alan Bell, Churchill had put a £5,000 (sometimes embellished to £10,000) bounty on Collins' head.

It was also at this point that Churchill introduced the Black and Tans and the Auxiliaries into Ireland. Although on opposite sides in this cutthroat guerrilla war, Churchill came to admire the daring Collins in a strange way. Perhaps Collins reminded the middle-aged Churchill of the rambunctious Winston of his youth. They did not meet until the fall of 1921 when Collins came to London to negotiate the Treaty and in a way, took to each other.

As the Treaty negotiations bogged down in November 1921, Churchill suggested that all parties retreat to his townhouse to continue work fueled by some of his famous cognacs. In his memoirs, Churchill recalled the evening:

“He [Collins] was in his most difficult mood, full of reproaches and defiances, and it was very easy for everyone to lose his temper. ‘You hunted me day and night!’ he exclaimed. ‘You put a price on my head!’ ‘Wait a minute,’ I said. ‘You are not the only one.’ And I took from my wall the framed copy of the reward offered for my recapture by the Boers. ‘At any rate, it was a good price—£5,000. Look at me—£25 dead or alive. How would you like that?’ ” Collins roared.

Of course, we’ll never know what would have happened if de Valera had taken up Churchill’s dare and showed up at #10 Downing, but it is an interesting historical puzzle that still fascinates nearly 80 years later.

Dermot McEvoy is the author of the “The 13th Apostle: A Novel of Michael Collins and the Irish Uprising” and “Our Lady of Greenwich Village,” both now available in paperback, Kindle and Audio from Skyhorse Publishing. He may be reached at dermotmcevoy50@gmail.com. Follow him at www.dermotmcevoy.com. Follow The 13th Apostle on Facebook at https://www.facebook.com/13thApostleMcEvoy/