Vulture funds property hi-jinx in Ireland must be stopped

"Decisive steps need to be implemented to rid the country of the blight of vulture and cuckoo funds." 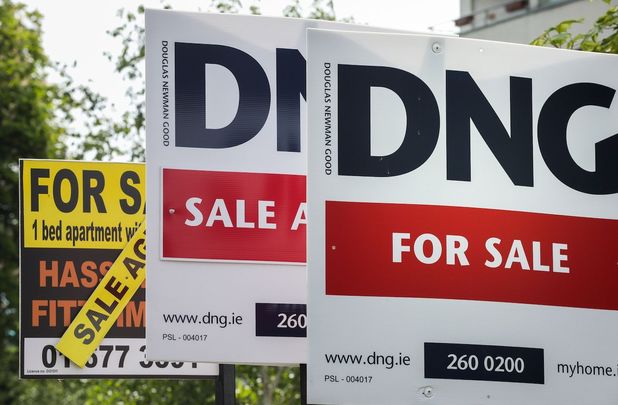 For sale and for rent signs in Dublin. RollingNews

It is now almost 12 years since the property bubble burst in Ireland, leading to an economic tailspin that we have just clawed our way back from. Yet even after all this time housing in Ireland is still viewed as a commodity to be traded internationally, a method of transferring wealth to powerful investment funds while the list of those who are homeless and relying on emergency accommodation continues to grow.

This will prove to be the greatest failure of all of the members of the current government.  The next crash will be a political one involving the parties that lacked the ability to tackle and rein in those, such as vulture and cuckoo funds, that are targeting the accommodation needs of our citizens.

Ireland’s property crash just over 12 years ago created the perfect storm for vulture funds to descend on an unsuspecting nation.  A distressed housing market, dysfunctional banking system and feeble regulation led to conditions that meant that banks and government sought a way out of the mess they had created.

Part of the answer was foreign property funds that bought non-performing loans (NPL), cheaply it must be said, and then flipped them to turn a quick buck.  Knights in shining armor they were not.  Rather, they were grey-haired, pin-striped bureaucrats for whom the pride, passion and sweat equity put into homes by families was displaced by algorithms, spreadsheets and legal proceedings.

The modus operandi of these institutional investor funds is straightforward.  They act like vultures, preying on victims to extract whatever they can.

At its simplest, they buy mortgages that are in default from banks and then relentlessly pursue the financially distressed homeowners through the courts in order to cash in on their investment at multiples of what they paid for it.

It’s a high-risk, high return business where sentiment plays no part.  It’s this willingness to sue for recovery, a key strategy of vulture funds, that makes them so feared and loathed.

So why were they allowed, even welcomed into the country in the first place?  Well, during the financial crisis from 2010 onwards there was a need for the established banks and financial institutions, operating in the mortgage market, to solve the problem of seriously underperforming loans.

A key metric used in the financial sector to gauge the stability of banks is the NPL ratio. This is the overall percentage of non-performing loans – loans on which repayments are over 90 days late – that a bank has on its books. In Ireland, this ratio peaked at 25.7 percent in 2013 of all Irish loans.

The debt, as the banks saw it, had to be removed from their balance sheets if a functioning market was to re-establish itself.  This was achieved by moving these loans initially through a government-created agency, the National Asset Management Fund (NAMA).

NAMA’s purpose can be compared to the plotline in the hit show Ozark.  It started with a very large balance sheet made up of these bad loans and was given the task of reducing that balance sheet down to zero as soon as commercially practicable.

The vulture funds were among their best customers, with 90 percent being sold to U.S. private equity firms.  These firms would then repossess, manage and move property over a short time period, a task that would have tied up huge resources in the conventional banks.

There is no doubt that this shift in ownership to non-banking entities was actively facilitated by the Irish government.  The fact that repossessions of homes were sought in the name of international entities was surely factored in by banks and a government anxious to avoid additional reputational damage.

Tax breaks were designed to encourage businesses and firms to get involved in buying property. The aim was clear: to increase the levels of foreign financial investment in the domestic housing and mortgage market.

The welcome mat also included a legal system that enforced the right of these funds to collect the full value of the loan rather than what they actually paid for it.  The government was so craven that they also refused to put into legislation an obligation for these funds to appear before lawmakers to explain their actions.
In their own eyes this strategy would be deemed successful as the NPL ratio is now under four percent. But at what cost?

Homeowners have been hit hardest as according to the Central Bank, “non-banks” now own 54 percent of all loans that are over one year in arrears.  Considerable stress and anxiety have been endured by those who bought their homes at the height of a property bubble and for whatever reason could no longer afford repayments.  Repossessions are continuing, with court officials sympathetic to homeowners sidelined.

But the ripple effect extends much further, with vulture funds renovating property and charging sky-high rents in an effort to circumvent tenant protection legislation and squeeze every last cent out of their investment.

This rise in corporate landlords in the private rental sector and the super-profits to be made has led to the creation of so-called cuckoo funds. Set up to purchase rental properties such as apartments in the major cities, they have now targeted block purchase of residential properties in desired locations.  In doing so they are bidding mainly against first-time buyers, pushing prices beyond the means of the average young couple seeking to set up home.

An example of this was when an international property company acquired hundreds of homes in two new housing developments in Maynooth, Co. Kildare and north Co. Dublin with the intention of putting them on the private rental market.  These homes were originally to be put up for sale to individuals.

This pincer movement of rocketing rents and surging house prices has led to a fall in homeownership with young people being the most seriously affected, effectively becoming the “locked out” generation.

The government has been hopelessly behind the curve in trying to deal with all of this.  Their response has been akin to putting sticking plaster on an open wound.

Sure, they have made promises in legislation and set up a Housing Commission to look at strategic issues and tinkered with other issues but in reality, it’s too little too late.

With post-Covid attention now refocused on our housing problems the locked out generation have had enough. Real action needs to be taken to restore housing as a social good and tackle the financialization of housing.

Decisive steps need to be implemented to rid the country of the blight of vulture and cuckoo funds, perhaps using a burgeoning credit union sector to wean them off their gravy train.  To conclude with other avian metaphors, if this does not happen then this government will fast become a lame duck administration and in time will be as dead as a dodo.