Journalist Diarmuid Pepper, previously a Sex and Relationship Education Worker, considers what can be done to tackle male violence against women. 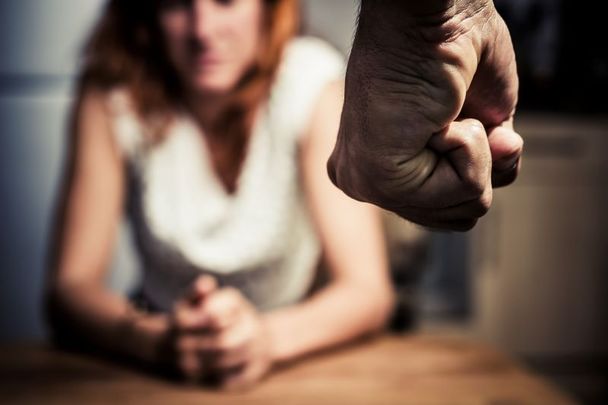 Relationship and sex education have a role to play in tackling male violence. Getty Images

In the aftermath of the senseless and tragic killing of Ashling Murphy, many columnists and activists have had their say on what needs to change to tackle male violence.

Education around sex and consent has been one of the stand-out solutions that people have pointed to, with calls for a thorough Relationships and Sexuality Education (RSE) curriculum to be implemented.

Several years ago, this was exactly my job. I was a Sex and Relationship Education Worker with a sexual trauma charity and went to educational and youth settings to lead workshops on online safety, consent, and healthy relationships.

There’s an argument that the Catholic Church’s influence in Ireland is denying children a proper education around sex and relationships.

Per The Irish Times, Dr. Elaine Healey Byrnes, an NUI Galway academic who has written a Ph.D. on consent, says the religious ethos of schools too often clashes with modern approaches to RSE.

In my own experience, this has not been the case and every Catholic school I contacted was more than happy to facilitate these workshops and did not desire any influence over the way in which they were run.

However, my experience of these workshops has made clear how vital it is to educate young men on these issues.

A study carried out by Trinity College Dublin and Maynooth University revealed that almost half (49%) of women in Ireland have been sexually assaulted or harassed. The figure for men was 19%.

Data from the World Health Organisation also reveals that 1 in 3 women globally is subjected to physical or sexual violence.

At the end of one workshop, I shared similar harrowing statistics regarding sexual assaults to a group of teenagers, when a teenage male interjected.

“When are we going to talk about all the made-up rape cases? Next week, can we discuss all the women who lie about being raped?”

So, the following week, we discussed exactly that in an open and frank manner, which is where the importance of a rigorous RSE curriculum comes in.

Instead of palming this off on an already overstretched teacher, I was able to break down these misconceptions the following week.

An incredibly small number of women fabricate or exaggerate rape allegations, but this is not something unique to the crime of sexual assault and rape.

There is no epidemic of made-up rape allegations, as too many people wrongly believe, and it is extremely rare that false accusations lead to convictions.

Indeed, some estimates for fabricated rape allegations are as low as two percent.

No one ever treats the victims of theft or burglary with suspicion, despite a similarly low level of false reports.

Despite this, a 2010 study by the University of Massachusetts and Northeastern University found that there is a “widely held misconception in broad swaths of society” that false rape allegations are a common occurrence.

While the number of exaggerated or false rape reports is rare, it is equally rare for a woman to report such a crime.

The Dublin Rape Crisis Centre estimates that 90% of sexual assault victims don’t report the crime and only 14% of rapes reported to gardaí end up in court.

In 2018, whilst defending a 27-year-old man accused of raping a 17-year-old girl, the accused’s senior counsel urged the Central Criminal Court in Co Cork “to look at the way she was dressed; she was wearing a thong with a lace front.” The man was cleared of all charges.

The act of drawing the jury’s attention to the teenage girl’s underwear was painfully reminiscent of the fate that befell Lindsay Armstrong, a fact that struck her mother.

When Lindsay Armstrong was 16, she was raped by a 14-year-old boy. At her trial in 2002, she was brutally cross-examined.

She was asked to hold her underwear up for the courthouse. “Would it be fair to describe those pants as flimsy?” asked the defence lawyer.

She was then asked to clarify what was written on the front of the underwear.

Lindsay went silent. She was a teenage girl, being forced to hold up her underwear for the court, asked if she would describe them as see-through and flimsy, now being asked to give even more detail.

“Little devil” was the answer, and the lawyer disingenuously made Lindsay repeat this a second time for the court.

The boy was found guilty. Three weeks later, Lindsay locked herself in her room, put ‘Bohemian Rhapsody’ by Queen on, and took her own life. When it comes to a rape case trial, even when the female complainant wins, too often she loses.

Lindsay’s parents had previously spoken of their fear that the same fate could befall a young rape victim in the future and were “appalled” to hear that something so similar had happened in Ireland.

Speaking to the Daily Record newspaper, her mother Linda said “the jury should hold their heads in shame if mention of a thong had any impact on their decision to acquit.”

During a separate workshop, in a community centre full of young male teenagers, I showed the group an NSPCC video that is part of the charity’s #ListenToYourSelfie series.

I used the video because it painfully highlights a truth that too often evades men; the lack of a verbal “no” does not equal a “yes”.

In the video, a young female teenager is hosting a slumber party while her parents are away. A knock is heard on the door, and two men in their mid to late 20s enter.

They heard there was a party happening, and the slumber party’s fizzy drinks are now swapped for alcohol upon their arrival.

One of the males follows the teenage girl into the kitchen. He touches her without her consent, uses his weight to force her up against the kitchen counter.

The young girl squirms and then tries to squeeze her body away from his. He then pretends to leave and acts like he is aggrieved, and she places a hand on his wrist to placate him.

He then grabs her by the wrist and leads her out of the kitchen and towards the bedroom.

As she is being led up the stairs, an internal monologue is telling her to stop.

At no point in the video does the young girl say “no”. But her body is screaming no. She is literally squirming at his touch.

I turned on the light, ready to discuss this. “But she could have just said ‘no’ if she really didn’t want to,” offered one young boy.

“He tried to leave and she pulled him back into the room, she wanted to do it,” said another.

There are many men in towns and cities, in bars and clubs, with this warped mindset regarding consent.

Too often, we are focused on teaching young girls how to say “no”. But we forget to teach young boys that “no” can be a whole range of things and that a verbalised “no” is but one small element.

In a similar vein, too often we warn young girls about the dangers of drugs and alcohol and about the people who could take advantage of them when they are intoxicated.

Rarely do we warn boys of what they may become when they drink. Too seldom do we remind them that, when intoxicated, they may unable to ascertain when a woman is screaming “no” through her body language.

While some teenage males expressed worrying viewpoints in these workshops, many more approached them with an open mind and were extremely receptive.

The anonymised feedback also revealed that the overwhelming majority found the workshops to be beneficial and worthwhile.

The teenagers who were in my workshops will be of university age now, in cities across Ireland and the UK and perhaps further afield. Others will have just left university, forging their way in life.

The classroom is the perfect environment in which to mould teenagers into young men who respect women. Hopefully, no school will shun this aspect of the curriculum in the future.

*This column was submitted to IrishCentral by journalist Diarmuid Pepper. Have a story you want to share with us? Sign up for our contributors network IrishCentral Storytellers here.