Trump’s behavior no crazier than many previous presidents

From Lincoln to JFK – US Presidents behaving oddly is nothing new. We all need to calm down a little. 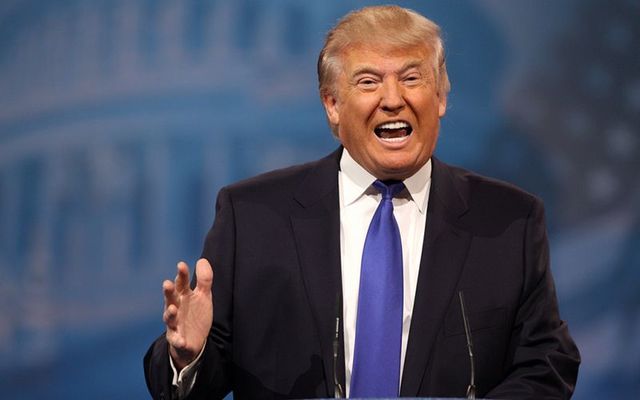 From Lincoln to JFK – US President behaving oddly is nothing new. We all need to calm down a little

Ronald Reagan’s wife Nancy consulted with an astrologer before the president made big decisions.

Richard Nixon was seen talking drunkenly to portraits of former presidents during Watergate.

Doing weird stuff is nothing new for a president.

JFK took so many drugs, including anxiety and pain medication, he could have been labeled a pill addict. He was a sex addict too.

John F Kennedy would likely be dubbed a pill and sex addict nowadays.

Lyndon B. Johnson kept the bathroom door open and defecated in the toilet while continuing to hold meetings.

First Lady Hillary Clinton would commune with the spirit of Eleanor Roosevelt.

Abraham Lincoln would wear a hole in his bedroom carpet as he tramped up and down for hours upon hours many nights in order to stave off depression.

Abraham Lincoln, a man who suffered from serious depression, giving the Gettysburg Address.

George W. Bush insisted on traveling with his favorite pillow.

In that context, Donald Trump going to bed early with a cheeseburger for company, watching three television sets and shouting back at the screen, seems like pretty normal behavior.

What we forget is that we are dealing with fallible men doing an incredibly difficult job.

Despite his cool and healthy vibe Barack Obama was known to crave cigarettes at times of tension.

Barack Obama needed the odd cigarette when things got a little too much.

In his day George Washington cracked walnuts with his teeth as a pastime losing many gnashers as a result.

Andrew Jackson fought up to a hundred duels.

Andrew Jackson fought up to a hundred duels...why?!

Grover Cleveland had been a part-time hangman in a previous job.

So, Trump clearly has issues as well. But does that make him mad like a March hare or cunning like a silver fox?

What is clear from Michael Wolff’s book, "Fire and Fury," is that Trump Is irrevocably and undeniably in charge. There are or were three power centers in the White House, his family, the alt-right cabal led by Bannon and the establishment represented originally by Reince Priebus. Rival groups fighting for the president’s ear is the very stuff of presidential politics.

Trump clearly likes this team of rivals to fight it out before he gets involved.

The secret with Trump is not what he says – he’s been shooting his mouth off since he was in the crib. No, the key is what he does because his presidency will be judged by his actions.

Donald Trump and his daughter Ivanka in the Oval Office.

For all the ridicule aimed at him, he has made no massive policy mistakes yet, like Kennedy and Johnson made in Vietnam and Bush in Iraq, committing hundreds of thousands of young Americans to war under fake war premises.

I would be less afraid than most of Trump doing anything crazy. He has surrounded himself with military leaders like McMaster, Kelly and Mathis and leading business leaders like Tillerson and Cohn. It is highly unlikely in the event of a crisis he will overrule such sharp minds.

I’m sure if it is evident he is not in control of his mental faculties they would act decisively to have him step aside.

We all need to calm down a little.