Trade and economic wars in a fast-changing globe: Actualities as lessons and indicators

"The effects of Brexit are soon to unfold and reveal dire consequences, following Britain’s absence in European trade within the continent itself and the rest of the world." 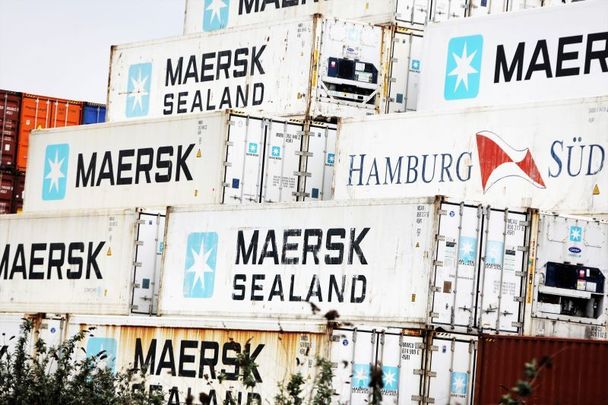 Trading is a practice that is as old as human history. It has always helped develop societies and create markets to sustain economic activity and therefore life itself.

In many ways, traders are some of the most important people in any given society and they regularly seek to induce change through economic means, in turn, helping shape societies.

In today’s digital world, online trading has also become an important phenomenon, attracting millions of companies and billions of individuals into a global network of commerce. Such commerce includes trading of commodities, precious metals, textiles, machines, automobiles, and even company shares, making it a quite vivid world in itself, producing money and adding value to companies, markets, and products.

Online trading has made everything so much easier and more accessible, leading to the emergence of a vast global society of traders who all benefit, and sometimes lose, from commercial activities. Along with the changing times and paradigms, such virtual trade is also changing and adapting to new realities, making it a crucial concern to follow up on the actualities and draw the right conclusions. Information is the key component of success and ways to attain it has become more important than ever.

Donald Trump’s rise to prominence in America occurred largely thanks to an openly patriotic and isolationist economic discourse, within which the president promised to keep economic production, employment, and profits within the country itself to initiate a new age of American economic hegemony.

However, American companies are continuing to ditch local labour for cheaper outsourcing options with more than 90,000 American jobs substituted by cheaper foreign labour during Trump’s presidency alone. The real reason for such dependency is foreign trade, as import goods have been dominating American consumer markets with their lower prices and higher quantities.

As a result, domestic American production is suffering, leading to large numbers of unemployment. The Trump administration has been specifically targeting countries such as Mexico and China to raise awareness to this reality but reality does not seem to change. Although tariffs are raised, political hardships are implemented and direct confrontations regularly occur, the benefits of such policies currently help only the government’s interests and not the actual producers themselves.

The best solution? The ‘Good Jobs Nation’ organization has encouraged Donald Trump to issue an executive order “blocking the award of lucrative federal contracts to corporations that outsource American jobs to foreign countries.” This way, the organization believes, that the main cause of the problem can be tackled and a healthier American labor market might emerge to benefit the country’s struggling working class.

Only a couple of hours away from the American capital is the world’s 10th largest economy and one of the fastest developing nations of modern times: Canada. Following the Trump administration’s political pressuring on Mexico, NAFTA’s third partner, the Canadian Prime Minister Justin Trudeau was called in for a number of meetings with the American president and was advised to toughen up on foreign trade, following America’s footsteps. Trudeau refused, leading to numerous legal conflicts between the two countries and the acceptance of a new dispute settlement proposal between Canada and the US, involving “binational panels in limited circumstances.”

Today, the Trump administration is seeking to eliminate the third parties and bring back total authority to American courts, which has created a significant backlash from the Canadian side. Canada considers its economy to be a part of its multicultural social order and regards any step towards isolation to be a venom for its socio-economic growth. Sectors such as dairy products and lumber are already sources of national pride for Canadians, with trade barriers protecting domestic production at the maximum level possible. American policymakers consider this approach to be a violation of the NAFTA criteria while Canadians believe that if such barriers and limits are eradicated, the country will turn into a fascist state, believing in the myth of economic isolation and social prosperity: a recipe for further trouble.

Finance and banking rest at the very center of commercial activity and when the issue is global trade, the last call always belongs to the Federal Reserve of America. Following the above-mentioned developments regarding global trade and its repercussions for the US, the Fed announced a new increase in interest rates, which was immediately met by suspicion in the financial markets. The recent Trump campaign against China, Canada, and Europe has already signalled economic regression for 2019 as prices are expected to rise and the consumer market is also expected to shrink.

In order to counter such an adverse effect, the Fed is seeking to protect the financial sector against serious damage while the existing benefits of tax breaks and government spending are expected to significantly decrease as a result. The opponents of such forecasts, however, emphasize that the American government has initiated a new wave of economic stimulation that will strengthen the job market and further lower unemployment rates, which have already dropped to 3.9% in the last two years.

The Fed officials are claiming that regardless of the mentioned micro-economic variables, the American economy needs to be financially secured through interest increases as the bank is getting ready to implement the fourth one before the year ends. Such officials also underline the fact that the American government is entitled to invest in employment and market growth with the newly produced capital and strongly opposes the inclination to turn the event into a political showdown.

For the last century, the main determinant of global commerce was oil and the substance still continues to hold its importance today. However, with China and America coming head to head over a trade war, many have forgotten to pay attention to the previous conflicts over oil, specifically what is going on in the global oil markets. As domestic American production is losing significant capacity, the producers are cutting back on supply while demand is higher than ever, meaning that there is an underlying issue regarding the bust cycle that has been going on for some time now, which has brought to oil prices to an all-time low.

Exxon Mobil CEO Rex Tillerson recently addressed the issue to state that the excessive crude oil buildup in inventories is the reason why the prices are not increasing because consumer demand is not strong enough to dissolve such stocks. In addition, several drillers are intentionally not completing their operations, fearing the low prices in the markets will yield little to no returns for their hard work.

As the competition between the old-timers and new entries stiffen up, it becomes obvious that the market will react in an adverse manner, substituting high priced oil with cheaper alternatives to keep growing. OPEC’s role in the given scenario is also noteworthy as Saudi Arabia is producing immense levels of oil currently “to keep the heat on higher-cost producers” and expand the market. Iran’s crude oil reserves are also massive and are expected to enter the global markets once the nuclear deal is finalized to bring down prices. As global oil trade continues to exert further pressure on the price determination schemes in the States, it becomes obvious that oil as a standard-setting commodity is slowly transforming into a stabilizing commercial entity that will be used to sustain economic activity and not drive it to higher levels.

On the other side of the Atlantic, the effects of Brexit are soon to unfold and reveal dire consequences, following Britain’s absence in European trade within the continent itself and the rest of the world. The British pound has provided security and welfare for the Union and its departure will surely mean less capability for European traders.

The issue has been made public at this year’s EU summit in Salzburg by Donald Tusk, the president of the European Council, who responded to the idea of a new economic partnership agreement put forth by Theresa May. The mentioned plan is seeking to find allies for Great Britain in her pursuit of toughening the country’s border regulations with Ireland while providing special benefits to European nations voting in favour of such legislation.

The package will offer lower taxes and higher political support for such trade partners and is currently being viewed as a compromise by the EU leaders who believe that a union, trade-based or otherwise, can only exist through standard procedures and policies and region-specific interests should not have an effect on such a principle.

In addition, such leaders are claiming that UK’s abrupt decision to leave the EU has already shown an apparent lack of interest in becoming a part of the European identity and therefore further relations cannot be trusted with the country. Social justice advocates are also pointing out that the British prejudice against Ireland is only one of many other such socio-political inclinations that have been known to plague the European societies, regarding key issues such as immigration and crime.