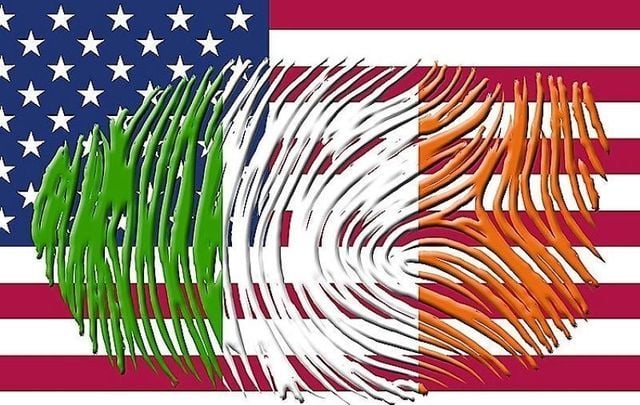 A failure to understand what the Irish American identity means. iStock

How many times have we seen posts on this site from well-meaning Irish Americans only to have them accused of being 'Plastic Paddies' by native Irish people?

'Plastic Paddy' is a pejorative term for members of the Irish diaspora who appropriate Irish customs and identity, and there seems to be a deep antipathy among some Irish-born towards any involvement or interest among Irish-Americans or Irish abroad generally in Irish issues.

Most recently, there were howls of derision from Ireland when Irish Americans dared to suggest that a situation comedy based on the Irish Famine might not be the smartest thing to do. Howls of Plastic Paddyism ensued.

We might have answered, ”Hey it was our Famine too and we don’t think it was funny.”

Sometimes I believe they seem to think we are all a bunch of overweight construction workers from Cleveland marauding around Ireland and singing “Mother Machree” and chanting “Up the IRA.”

Are there folks who do that? Yes, perhaps, but there are also probably Irish who want to live under “Rule Britannia” again but I don't consider all Irish with them.

The fact is that the Irish view of Irish America is sadly out of date and deeply unoriginal in many cases. They are the ones who are being hopelessly parochial here.

When you look at some of the great innovations in Irish culture – the modernization of dance (Michael Flatley, Jean Butler – two Irish Americans) the incredible spread of Irish Studies in universities (Notre Dame, NYU the trailblazers), philanthropic investments in Ireland (Chuck Feeney $1.5bn dollars – another Irish American), the peace process (made possible in large part by an American president Bill Clinton and his envoy George Mitchell),  there are so many benchmarks proving that Irish America not only gets it but guides Ireland into a better place.

The fact is that Ireland, despite some recent emigration from Poland etc., is a deeply homogeneous place where the aspect of being Irish is not in the least remarkable as everyone else is too.

Irish parochialism is alive and well in certain quarters, assuming that only Irish from Ireland can be counted a true Irish and all else are 'Plastic Paddies.'

No Irish American thinks they are Irish in the 'Irish from Ireland' meaning of the word. But we do come from a society that encourages and thrives on the fundamental fact that everyone here with the exception of the American Indians came from somewhere else on a boat or plane.

So Irish identity in the American sense is valued and deeply cherished though it primarily relates to the American ethnic experience where others are Italian American, Jewish American, etc.

And, yes, Ireland is an emotional touchstone for them, delivering a strong sense that their heritage is both ancient and very modern, the gatekeeper of their ancestral roots.

But that’s not 'Plastic Paddies' stuff as it is often labeled. It is a sense of reaching back and connecting in the most powerful way with those who came before.

We Irish Americans are part of a vast mosaic, as Governor Mario Cuomo once said, each ethnic group is part of the tapestry of America, each bringing our own brightest colors to it.

That is what the Irish Americans do. It is not 'Plastic Paddyism' no more than what Michael Flatley brought to Irish dance was, what Shane MacGowan or Ed Sheeran brings to popular music. It is a real and separate arm of Irish identity that only asks that it be identified as such.