The tech company, Online Shop, started by entrepreneurs Terry McGinnis and Siraaj Ahmed aims to simplify the process of opening your very own shop online. 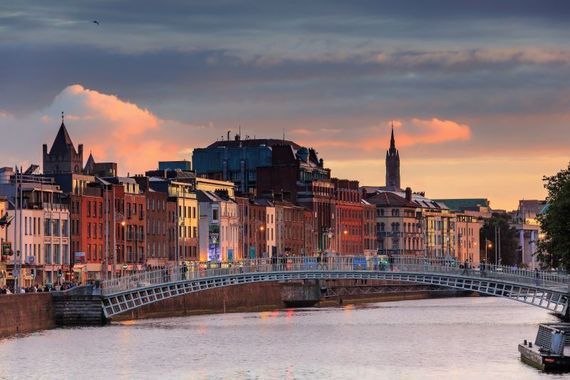 A new tech company is setting sights on Ireland for its European branch of business following the likes of Apple and Google.

The tech company, Online Shop, started by entrepreneurs Terry McGinnis and Siraaj Ahmed aims to simplify the process of opening your very own shop online. The company is aiming to streamline its operations within European Union, choosing Ireland as its home base due to its strategic positioning, great ecosystem, and welcoming nature for new startups.

Terry who has ancestral roots in Ireland has expressed great interest in Ireland as the company's European hub, including free lifetime support for veterans and government officials in a recent publication by Newsbreak.

"Ireland is a proud and very welcoming nation. We're very eager to explore more and see what we are able to do. We want to create jobs wherever we go, and from other founders and their recommendations, it appears Ireland is one of the best places to do just that. It's welcoming and as someone who has roots here, I understand the cultural importance."

The company which originally operated a marketplace in the UK has decided to shut down its operation in the UK to try and focus on the growing demand for individualistic approaches to business, with more and more people trying to start their very own businesses and brands online.

It has recently been announced that social media channel Meta would axe more than 300 jobs with Meta's CEO Mark Zuckerberg stating in his announcement to employees last month: "I want to take accountability for these decisions and for how we got here. I know this is tough for everyone, and I’m especially sorry to those impacted."

However, on the other spectrum, Wendy’s, the US chain famous for its square hamburgers and Frosty desserts, says it is actively recruiting franchise partners in Ireland to try and expand its dominance in fast food.

It's a positive sign to know that more tech startups are looking to make Ireland their new home.