Why is the tech world still struggling with diversity?

Why are we only seeing a few stray women and people of color around the meeting tables of top tech companies? How can the tech world solve the error of its ways. 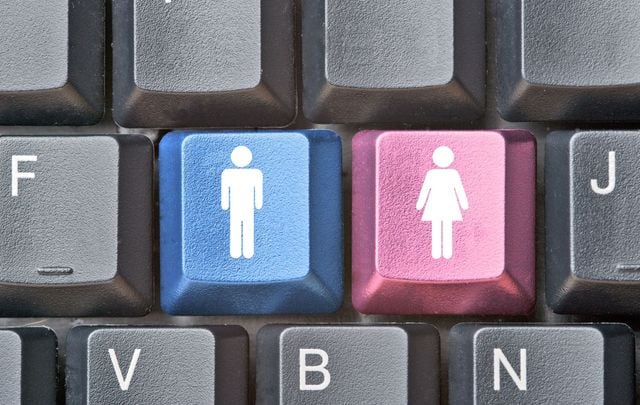 Where are the women in tech? Getty

Why are we only seeing a few stray women and people of color around the meeting tables of top tech companies? How can the tech world solve the error of its ways

Diversity is longed after in modern companies. While it has become an important and constantly evolving term, it is still not fully implemented in businesses, even with it being a focus for tech leaders in recent years. The photograph of a room of businessmen is usually just that-men. There could be a stray woman or a few people of color, but that is not always the case.

Why is this happening? How are tech teams still not able to fully diversify their staffs, or especially their leaders? A work team should directly be able to show representation to its user base.

You can see this isn't an issue that is solved. Most have already heard of the incident where recently a photo was featured in GQ of 15 tech CEOs, all of whom were men, with two additional women CEOs photoshopped into the image. Other men, who should have been in attendance and were not did not receive the same cut and paste, so why did they do it, if not to promote a false diversity front?

Google is a growing force, with a need for technical experts in their ever-expanding brand. This technological giant sets an example for many other companies. With such a power-house computer science company, and so many careers available within it, it is surprising their workforce does not represent their large audience.

Shouldn't Google be leading the way?

A promise to diversify

Women only make up a quarter of the leadership positions in tech companies, which does not correlate to them making up half of the population of the United States. When the issue of diversity in tech fields emerging, many companies shared their diversity percentages to acknowledge the problem, which almost seems like a promise to fix it. Employees soon had the job of making more diversity inclusion programs for hiring.

Tech is a field that has grown in leaps and bounds over the last decade. It is still expanding, with it being incorporated into most fields, and the pay grade is what most seek. Keeping these professions coveted and unavailable for such large populations of people reflects on the industry itself.

Read more: The surprising reason why Irish pubs around the world all look the same

The ‘Appearance’ of diversity

While affirmative action is doing wonders for the world of minorities in tech, it was found that to meet these quotas and bragging rights, companies were hiring them into all low-level positions. A lawsuit emerged just this year from a Google employee claiming that the search-engine giant is beefing their diversity stats by putting minorities in minor roles which were not applied to.

Let's think of the missed promotions-the chance to become a leader that represents an entire culture or gender, from a role that can actually implement changes.

This is not a blind issue, others have pointed out the disregard of hiring women and people of color, it is not a new problem. Unfortunately, it is still happening for many of the same reasons. Such as racism, gender bias, personal bias, and discrimination. Many companies will simply advertise with women and people of color, without having the real numbers to back it up.

Issues once within the company

Then the real problems arise once these individuals are within the company. They are not given the same opportunities as their white counterparts, or this gap is even in their pay. This is the battle of inclusion once diversity is implemented.

The retention rate of multicultural employees has dropped, whether because of workplace practices, or their own unease. Not having their opinion heard is another reason diverse employees begin leaving companies.

Steps need to be taken after the hire to make them feel comfortable in the environment. A comfortable employee can employ better ideas, and be more motivated to make changes to poor policies.

Matthew Glotzbach, the CEO of Quizlet, an online studying platform, wrote about his company expanding its diversity. It takes a plan and the determination to fulfill it, in his opinion, which means most hires should be minorities or women until the gap is filled.

“At the beginning of 2017, I set some aggressive goals for hiring, and about 54% of our technical hires since then are women, and 75% of our overall hires have come from underrepresented groups (both women and underrepresented racial/ethnic groups),” Glotzbach writes.

“Given our size, we aren’t talking about hiring hundreds of people, but that’s why I believe it’s so important to focus on diversity and inclusion early on when you’re a small company. At Google or Facebook’s size, it’s incredibly difficult to make a difference in the trend line.”

Having diversity in the higher-end of a field makes it so the decisions are influenced by people with different backgrounds, who all come with their own viewpoints on ideas. This drives a company to relate to their customers.

Blaming it on ‘experience’

You can examine the graduation rates at outstanding universities, one-third of Stanford's tech graduates are women, but that does not convert into real-world hiring results. Large tech companies have anywhere from 1 percent to 3 percent of a diverse population, which is not far off from the beginning figures five years ago.

A large problem is that the big tech businesses are drawing employees from colleges with a repertoire of mostly white men graduates in the Tech field. While these colleges are enforcing diversity methods on their campuses, this is a large hill to get over for them, as well. Searching other colleges, even if credentials are not as impressive as Harvard, will give you a vast selection of choices, or even the chance to find hidden talent.

Diversity is not only important, it is inevitable

Glotzbach also comments on inclusion of all minorities and its importance, “While we’ve made great strides, there’s still plenty of work to do. Gender and ethnicity are one way to measure the diversity of our team, but we also need to remember that we want to build an inclusive company of people who represent a wide array of backgrounds, viewpoints and experiences. Life experiences like serving in the military, becoming a parent, growing up in a rural environment as opposed to urban or suburban — these are also examples of additional ways to diversify our team, and as a result will ultimately make our company stronger, too.”

A way to put an end to this gap is with higher-ups that truly care for the advancement of diversity in the workplace. Tech is a changing field, and with attention on Machine Learning, implementing the latest gear, and in-depth IT security assessments, it can be difficult to take time to see where else the company is lacking. Without a dedication to making the company more inclusive, by someone who can actually make a difference, there still will be a huge gap in women tech workers, and those of color.

While it may seem unfair to focus on only hiring women and minorities for a prolonged time, it is how a company can begin to catch up with just diversity standards. There is not a shortage of women in tech, there is only a shortage in who will hire them into appropriate positions.