Suddenly, Europe is so great to the Trump Nation?

"Part of a broader fear some have that “the West” is dying... it's hard not to think this sudden love for Europe is about anything but skin color." 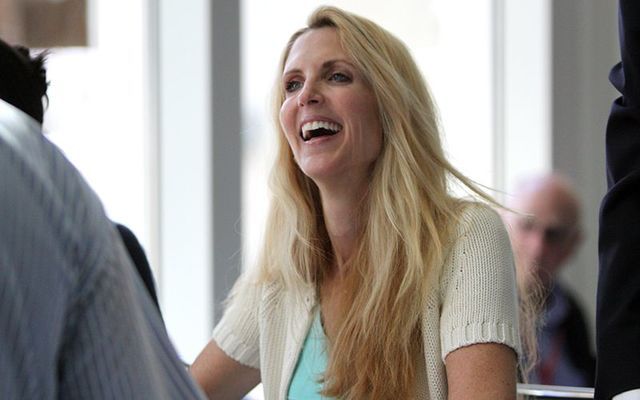 Ann Coulter: "A host of pro-Trump pundits... are well-known for their views about cutting back on immigration in the U.S." Flickr / Gage Skidmore

Back in the early 2000s, when Irish activists were protesting loudly against the U.S. military’s use of Shannon Airport, quite a few Irish Americans were angry.

Some believed the strong ties between Ireland and America would rule out such protests.  Others felt the Irish should be more grateful that the U.S. was taking the lead in a global war on terror.

But looming over all of this, in the eyes of a certain kind of Irish American, was this question: When did the Irish become so, like, European?

The book fair in Temple Bar Square: Irish America asks "When did the Irish become so, like, European?"

One of the few things you could always count on in the last few decades was this: Americans thought Europeans were dithering weaklings -- or “cheese eating surrender monkeys,” if you are talking about the French, in particular, who embody everything Americans hate about Europeans.

And, of course, Europeans viewed Americans as fat, swaggering cowboys, who were so dumb they made sure everyone had a gun but no one really enjoyed sex.

And this was hardly a new conflict.

Back in 1890, when hundreds of thousands of Irish were coming to the U.S. every year, Judge magazine featured a lovely piece of art on its front cover.  It was New York’s beloved Statue of Liberty, her robes soiled by immigrants, who were depicted literally as trash, hoisted by cranes and dumped in filthy heaps off of “European garbage ships.”

Europe, in short, was a source of endless problems for America, with its stream of poor immigrants not only from Ireland, but also Italy, Germany and elsewhere. They brought with them diseases and political radicalism, and whichever was worse depended on which kind of anti-immigrant bigot you were talking to.

In the wake of yet another clash between cops and organized labor in 1887, one Chicago newspaper compared immigrant workers to “an invasion of venomous reptiles,” adding, “These people are not Americans, but the very scum and offal of Europe.”

My how times have changed!

From the radical right wing to the White House, certain folks for a variety of reasons have learned to love Europe.

A host of pro-Trump pundits, from Ann Coulter to Steve Bannon, are well-known for their views about cutting back on immigration in the U.S.  But they have also said if we are going to let in immigrants we really should be letting more immigrants from Europe in.  Trump himself said the same thing back in 2013.

Steven Bannon a pro-Trump pundit with some definite views on immigration.

“Why aren’t we letting people in from Europe?” said Trump. “Nobody wants to say it, but I have many friends from Europe, they want to come in.”

Further out on the fringes, there is a group that has been keeping certain college presidents up at night.  The group is called Identity Evropa and they have been recruiting angry young male college students of late.

The group describes itself as “a fraternal organization for people of European heritage located in the United States that participates in community building and civic engagement.”

Nothing too troubling there -- even if that nasty Southern Poverty Law Center did categorize Identity Evropa as a “hate group.”

Perhaps the most important thing you need to know about Identity Evropa is that, on its website, they decided that the fourth most important frequently asked question is, “Can women join?” And the best answer they could come up with, after “absolutely!” is, “We have a number of active female members in our organization.”

A low number, to be sure.  But a number, nonetheless.

All of this is part of a broader fear some have that “the West” is dying.  You know Western Civilization.  It’s that superior culture that gave us Hitler and the Holocaust and two devastating world wars that remain at the heart of so many global conflicts in 2017, starting with the roiling Middle East.

It’s hard not to think this sudden love for Europe is about anything but skin color. But let’s look on the bright side: At least Trump Nation has found some immigrants they like.