Stranger in my own land -- Why Ireland is not for me, says returned emigrant

Returning to Ireland forced me to accept that the best thing for me is to leave again. 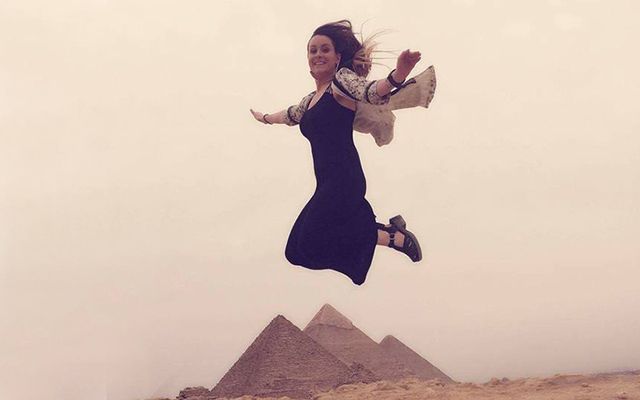 Returning to Ireland forced me to accept that the best thing for me is to leave again. Daire Louise Ni Dhubhda

I nearly lasted back home to the three-month mark, until the snapchats started coming in from friends at the annual GAA Na Fianna festival in Abu Dhabi and the Mardi Gras celebrations in Sydney. Selfies on mopeds from a cousin in Ho Chi Minh and from a sister in the snow in Boston got too much to bear as I sat with a cup of tea staring out the window wondering what my options of things to do for the day were.

I finally bit the bullet and booked another one-way ticket to Vietnam to teach English before probably heading on to further afield.

I know I’m very fortunate as a single young Irish woman to just book a flight and go, but I know that there are many others out there feeling the same sense of lack of opportunities and isolation after returning home.

After completing my year teaching in London and then spending a further two years in Abu Dhabi before saving and taking some time out to travel South America it's pretty hard to adjust to the lack of things to do in a small hometown or the lack of people in general - given Ireland’s small population!

It feels like all of a sudden someone's asking you to slow down after you have been enjoying life in the fast lane. I mean my hometown of Drogheda, County Louth can be squeezed into Texas - 843 times!

Ireland is without a doubt an amazing country and has some pretty spectacular scenery that can compare to anything the rest of the world has to offer, but the pace of life is very difficult to adapt to after living in bustling cities.

The fact is for family and friends life goes on when you have emigrated so coming back after the initial homecoming honeymoon period wears off it is hard to adjust to daily routines, let alone conversations.

I distinctly remember feeling as if words were swimming over my head as I sat around the dinner table in the midst of a conversation about an RTE TV soap opera show.

Meeting for a coffee changes from being spontaneous, as it often is overseas, to being pre-planned. And that it is if it happens in a small town before 7:00 pm because forget it after that!

On one of the first days being back, I remember being shocked when sitting in my hometown, applying for jobs a local barista told me the shop would be closing in 5 minutes.

Life seems to have a curfew after 8, unless you are watching Fair City, in the pub or in the gym. Working only part time since I'm back, I've been lucky in that it has been easy to adjust my schedule. This is what I've had to do, to give myself options. Instead of exercising in the daytime I deliberately made the most of the daylight hours and worked out at night.

Maybe it would be different if I lived in one of the major cities - Belfast, Dublin, Cork or Galway. Most Irish people I've previously lived with, in London or Abu Dhabi, have relocated to one of the four on returning home. But nonetheless, the decision has been made by me to emigrate again now.

I'm fortunate to be involved within a local development education network of people at home who make the assimilation much easier - quality time and catch-ups over coffee with them is phenomenal. Local walking groups also help burn up the excess sense of adventure which is great.

But going from a living situation around people of the same age group 24/7 to living at home with parents overnight is extremely difficult. Of course, due to economic circumstances, it's not feasibly possible for a lot of young people in Ireland to move out. It's certainly a factor, though, in the sense of isolation on returning -  especially after backpacking and going from 20-bed dorm rooms!

In Abu Dhabi, I worked two jobs - one in a high school 7am -3pm before privately tutoring 4 days a week to a local Emirati family from 4pm - 6:30pm. Twice a week there was GAA and most weekends a possible GAA-related social event.

The list of social activities was endless - and the same goes for when I lived in London.

One needs only to look at the comments section of Generation Emigration articles in the Irish Times to see such things as 'think you're too great for your hometown,' ‘better than childhood friends,' to get a full grasp of how great the divide actually is between those in Ireland VS  those that emigrated. And it really shouldn't be a case of them VS. us. Hey, we are all Irish!

The fact of the matter is, though, I feel more of a sense of community in being Irish overseas, whether that's in the middle of the near 40-degree Arab desert with other school teachers or chatting to another Irish traveler at the base of Machu Pichu. Next year, I'm hoping the same goes for Sydney as I attempt to settle in there.

It's hard to mobilize people back home, perhaps our lack of rural infrastructure and huge car culture has tied into that.

Trying to organize a visit to the Giants Causeway, which is two hours up the road, or spend the New Year’s in Dingle becomes incredibly frustrating!

It's also saddening to realize that maybe flying the nest has not been the hardest decision to face, but coming back home is. Slotting back into a life that you left many years ago is the most difficult thing to do… and often, possibly very often, just too difficult to do!

Conversations have their niceties. The “how are you?” and “the photos look fab,” but there lacks a certain mutual understanding that was once there. Maybe it comes back with time or age? Who knows.

But I feel like at some level you are playing the schoolgirl version of yourself that people can relate to, that never left.

No matter what the age difference of Irish abroad or interests, there is also an unspoken bond. A common connection over love of Ireland. Its language, culture, and its people. You can count on the strength of the diaspora overseas.

I don't ever really know how we can begin to bridge that barrier and reach a mutual understanding without open dialogue, discussion, and a sharing of stories to help bring emigrants back home. Although there are a number of programs out there set up by the Irish government to curtail this problem, how effective will they really be if they are not listening to our voices?

On St. Patrick’s Day I remembered what it means to be Irish in our lovely multicultural capital of Dublin. There I felt a little bit more comfortable as I would anywhere else in the world and I went outrageously mad with green clothing and face paint and shared some tales of our homeland with some tourists in Temple Bar!

But March 18 dawned and the magic faded. I’m a stranger on my own shore. So be it.