It's time for this New York borough to realize the damage this discrimination against the queer community is causing. It's time to move on. 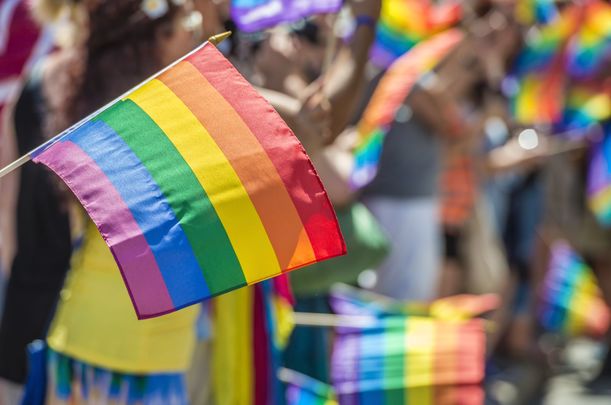 Staten Island! It's time to move on. Getty

It's time for this New York borough to realize the damage this discrimination against the queer community is causing. It's time to move on.

Same-sex marriage was legalized in a referendum in Ireland in 2015 marking a huge step forward for LGBTQ individuals who were finally welcomed out of the shadows.

It was an incredible moment in Irish history as society moved beyond the constraints of a punishing Jansenist past and ushered in a new and far more equal society.

Here in America, Mayor Pete Buttigieg ran a remarkable race for the Democratic nomination for the White House while openly discussing the fact that he was gay and married to his schoolteacher husband.

Buttigieg opened the door as Barack Obama did for African Americans, that someday a gay man or woman could become president of the United States.

In New York, the issue of gays in the St. Patrick’s Day parade on Fifth Avenue hardly merits a headline anymore.  Once the barrier was broken and the sun actually rose the next day, it became evident that another huge milestone had passed.

What New York did Boston also achieve, making discrimination against gays a thing of the past and the world welcomed it?

But there is still an outlier parade in Staten Island which refuses to allow gays to march.  The officers of the parade have distinguished themselves by their ignorance and obnoxious behavior.

Staten Island has long had a ban on gays marching.  Hopes that modern reality might somehow seep in were shattered when organizer Larry Cummings told the Staten Island Advance newspaper in no uncertain fashion the dinosaur age was not over.

“Here’s the deal, it’s a nonsexual identification parade and that’s that. No, they are not marching,” Cummings said. “Don’t try to keep asking a million friggin’ questions, okay?”

Cummings probably thought he had put the lid on the controversy for another year, but he reckoned without a spunky young Italian American woman who stepped forward to proclaim her bisexuality.

Madison L’Insalata, this year’s Miss Staten Island, came out in the New York Post and Staten Island Advance as bisexual in the days before the parade.  She told those papers she “planned to wear rainbow clothing while marching in Sunday’s parade to show support for the LGBTQ community.”

Cummings was furious that this brave young woman should dare to express her sentiments.  He immediately banned her and a bunch of organizations including high school marchers who dared to have a gay pride sticker on one of their drums. He even had some heavies monitoring marchers for signs of gay pride scarves, buttons or stickers.

Cummings was keeping the world safe from alien creatures invading his parade, but all he has done is up the ante for next year and beyond.

Allowing gays to march in St. Patrick’s Day parades is a debate that is long over. It has been won in almost every tolerant society from Ireland to nearly Staten Island.

Cummings may get away with his King Canute impression a little longer, but Staten Island residents will eventually recognize the damage his bigotry is causing.

The Staten Island Advance foretold what will occur with this headline on Monday after the parade: “Pressure Mounts for Leadership Shakeup in St. Patrick’s Parade Committee.”

It is already happening.

Do you agree? Is it time for Staten Island to move on? Let us know your thoughts in the comments section below.