If you are planning to set up a new business in Ireland, now is a good time to seek support. 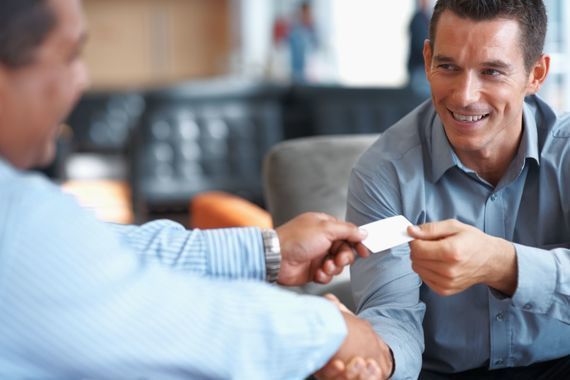 Last week, Taoiseach Micheál Martin launched Enterprise Ireland’s (EI) class of 2021 which consisted of 125 start-ups that the semi-state body had supported to the collective tune of €28 million ($30.5 million).

The range of new ventures covered a variety of business sectors, with a common theme being the ability to export and grow employment in the short term.

The promoters of these companies also had to demonstrate resilience as they had to deal with a very challenging business environment which included lockdown, and additionally cope with severe restrictions. To many observers, this was an impressive outcome. But then EI is not built to fail.

With a budget of over €1 billion in 2020 (the last published accounts), it dwarfs the budgets of many third-world countries. And while that total was unusually high due to Covid support for industry, it is undeniable that problems will disappear if enough money is thrown at them.

But not everything in the garden is rosy. For one, there still remains a significant mismatch between male and female start-ups. It’s not possible to work out exactly what the gap is.

EI talks about the number of “women-led” companies growing, but the reality is that to qualify for women-specific funding a start-up needs to have a female who owns only 25 percent of the voting share capital in the start-up.

This is in sharp contrast to the definition of a female-owned business which requires more than 50 percent of the share capital in such ownership. Not to be too confusing, but in the U.S. the definition of “women-led” includes additional conditions relating to who has the power to sign legal documents and make decisions.

In any case, there is a recognition that more needs to be done to increase the number of women starting a business. It’s crucial that this is done by increasing the number of female-owned companies rather than lowering the bar in relation to percentage ownership and control.

Another area that causes confusion is the government support ecosystem around food start-ups. There is not just one agency that offers help in this area but up to five and in some cases six.

So, for small projects there are the county-based local enterprise offices or perhaps the local leader partnerships which are also based in each county; for fish-based projects, there is Bord Iascaigh Mhara (BIM) which can help with funding and innovation.

Also helping with innovation is Teagasc, the agriculture and food development authority while for primary production, farm-based projects, the Department of Agriculture can assist.

If you are based abroad, such as in New York, you also have an additional avenue through “Back for Business” which is designed for Irish emigrants who have lived abroad for at least a year and have returned to Ireland in the last three years or are planning to return in the near future.

That leaves the big two in relation to food, EI and Bord Bia, the Irish Food Board. The role of Bord Bia is to market and promote Irish food, drink, and horticulture to customers worldwide.

This is where it gets even more complicated. If you want the help of Bord Bia in a region where they have an office then there is no problem; however, if your chosen geographic market is not covered by them then you have to go to EI. And while Bord Bia can give you substantial funding to investigate a market opportunity, they cannot support other start-up costs. For that, you must also go to EI.

It's all so unnecessarily complicated, however, and the stroke of a ministerial pen could rationalize it all and frankly lead to a better-integrated service for all Irish food companies, not just start-ups. But for that to happen the vested interests would need to be taken on.

Unfortunately, the political will is not there. Indeed, the politicians themselves are part of the vested interests.

Not a week goes by without some minister or other being photographed claiming credit for an investment in a business in their own patch.  No matter that they have no skin in the game and did not suffer any of the sleepless nights typical of an entrepreneur who has to worry about where the next payroll check will come from.

If it’s one thing EI and Bord Bia understand only too well, it’s the vanity of our politicians. Take, for instance, the announcements of exports in the food sector in 2020.

The Minister for Agriculture Charlie McConalogue, at a Bord Bia press briefing in January of 2021, welcomed food and drink exports for 2020 valued at €13 billion.  Not to be outdone EI announced, six months later, food exports for the same period of €12.2 billion (the difference comprising horticulture and other primary products).

The minister responsible for EI, Leo Varadkar, in his announcement in June stated, “These are very robust export results recorded by Enterprise Ireland’s clients despite the disruption of the pandemic and Brexit.”

Both statements, using the same base figures, making headlines in the business press, giving wonderful publicity to the respective politicians, crediting different state agencies, and treating us all like, well, like amadáns to use the Irish term.

With money and politicians on board, the third part of the virtuous circle is the media. In this respect, EI has a substantial budget to spend. With sponsored slots on daytime national radio and weekly paid-for content in popular newspapers, they have no difficulty in getting their point of view across.

The pump-priming that these agencies engage in is important, all the more so with current economic challenges. There is no doubt that it could be more coordinated, integrated, and effective.  How much it could be improved is hard to tell as frankly, no one will take them on or seriously scrutinize their operations.

The good news, though, is that the system is awash with money. As stated, there has never been a better time to consider starting up a business.

If you have a half-decent idea, give it a whirl, and don’t forget that with a 25 percent stake of your concept in the hands of a female you will increase your chances of government funding.

*This column first appeared in the April 13 edition of the weekly Irish Voice newspaper sister publication to IrishCentral. Michael O'Dowd is brothers with Niall O'Dowd, founder of the Irish Voice and IrishCentral.