Dear St. Patrick, thanks for Purgatory

Without St. Patrick's Purgatory in the middle of Co Donegal's Lough Derg, Cormac MacConnell may have never existed. 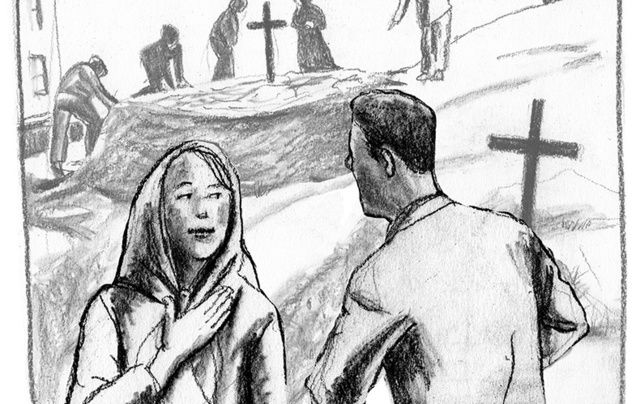 Without St. Patrick's Purgatory in Co Donegal, Cormac MacConnell may have never existed

Greetings from the west of your Ireland on a fine spring day. This is a very belated thank you note from Cormac MacConnell, who today realized for the very first time that he owes his total existence entirely to you.

Read More: The intersection of Saint Patrick and paganism in Ireland

That realization, dear Patrick, struck me like a bolt of lightning when I was walking my dogs on the shores of the Lough Derg on the Shannon from which I live only yards away these times as you well know. I stopped in my tracks!

Truly, were it not for the continuing powerful reality of your St. Patrick's Purgatory island in the center of the other Lough Derg away above in Donegal I would not be here. Thanks again.

I have had a long and happy life so far because of your intervention in a lateral fashion in the lives and love of my parents away back in the thirties of the last century when the Catholic Church you left behind here in Ireland was in its full pomp and power and ruled its people with an iron hand.

Anyway Patrick, as again you know well, there was no way in that Ireland that a young, decent courting couple like Sandy MacConnell the grocer and Mary Bannon the local teacher could go away together for a whole weekend un-chaperoned without it being the scandal of the parish for the next month at least. But, the Lord be praised, there was one loophole of a penitential nature and that was your Purgatory island in Lough Derg outside the village of Pettigo in Donegal. A couple could go there for the weekend because it was an extremely harsh pilgrimage featuring starvation, bare feet on rocky ground, deprivation of sleep for 48 hours and totally separated sleeping quarters in the men's hostel and the women's hostel when a few hours sleep was finally permitted. I did it myself as a teenager, and surely your Purgatory is tough.

Well, when Mary was a widow with Sandy in heaven before her many years later she and I had a brief holiday together in Sligo and Mayo, and she told me about that trip with a big smile on her face. She said that the second day, after being up all night praying, eating only toast and drinking black tea, your feet bleeding, and it raining heavily too, that the greatest penance for her altogether was that she was nearly eaten alive by the swarms of midges (little flies) over the stone circle-shaped beds around which you have to stumble as you pray. 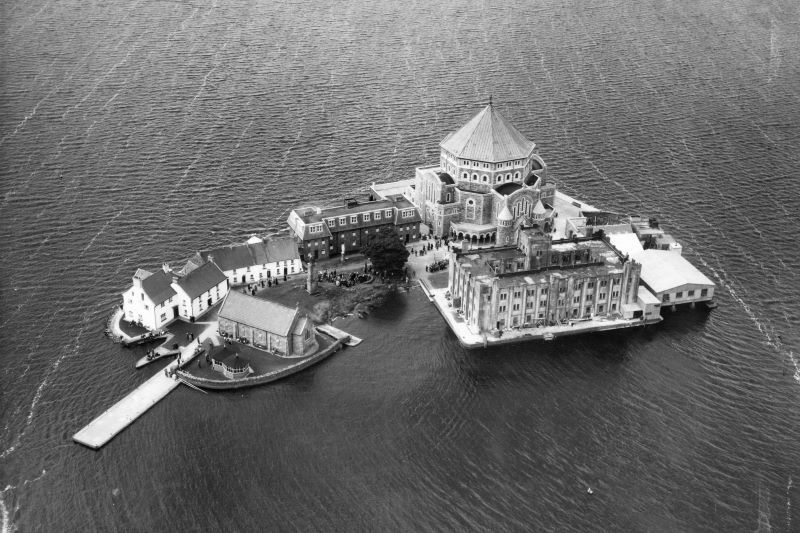 Read More: St. Patrick’s Day pilgrimage in Connemara - the trip of a lifetime

Each of those sessions was and is called a station, as you well know Patrick, and when she had completed one of them with great difficulty in the rain the bold Sandy approached her and instantly proposed marriage.  She said that Sandy stated she would never look more miserable ever again than she looked that minute with her hair hanging down her head in wet streels (ringlets), her feet bleeding, her face covered with insect bites and her eyes glazed with the want of sleep.

Sandy said she was not a pretty sight but he'd marry her anyway if she agreed. And she agreed at once of course. A spark of romance on your island of pain and suffering.

So they got back home after that truly dirty weekend, announced their engagement to the parish, married a year or so later and enthusiastically began the biological bliss that resulted in their five children, of whom I was the second to arrive in this world one January safe and well and (there are photos to prove it!) very beautiful indeed.

I believe none of that might have occurred were it not for the existence to this day of your Purgatory on Lough Derg. Because Mary was being hotly pursued by other potential husbands at the time and Sandy probably was just in the right place at the right time.

Thanks again for that, and I will raise a glass to both yourself and my parents next month when your big day arrives again.

Keep well in the meantime,

PS: I am truly very grateful but no way will I ever go near your Purgatory in Donegal ever again. You can count on that!

Read More: The real reason why there aren't any snakes in Ireland