Sinn Fein must own its past and IRA’s criminal actions

The minimum for Sinn Fein in that regard is an open and honest admission that some of the acts carried out by the IRA in the past -- like the Birmingham pub bombings. 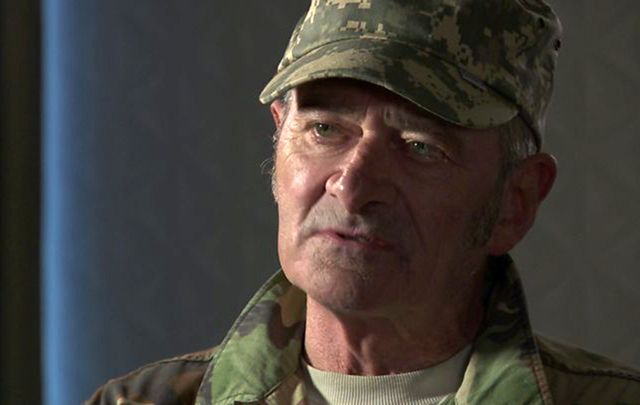 A screen shot from the Michael Hayes BBC interview. BBC

Bizarre, creepy and nauseating is the only way to describe last week's BBC interview with Michael Hayes, one of the IRA men involved in the Birmingham bombings in 1974.

To get the full stomach-turning flavor of the interview you need to watch it yourself (you can find it easily online since it's on the BBC site and every other TV station, and newspaper website here picked it up last week as well).

Hayes, who is now 69 and lives in Dublin (where he clearly feels safe from extradition to the U.K.), did the interview in a jungle camouflage outfit and cap.  Why an IRA man would want to wear such gear is a puzzle, since it would hardly make him blend in on the streets of Belfast or Birmingham.

But there he was in his combat gear, glaring at the interviewer as he gave his ludicrous apology for the IRA pub bombings in Birmingham over 40 years ago.

Maybe he thought it made him look threatening and he gets a kick out of that.  Or maybe he wanted to signal that he is ready for action if the IRA ever calls him up again for "active service."  The reality is he just looked ridiculous.

We can laugh at him but, deluded though he is, what he had to say is no joke.  More importantly, his appearance on TV again exposed the fundamental problem that most people here still have with Sinn Fein.

And that is their refusal to admit, even at this stage, that many of the atrocities carried out by the IRA over the years were criminal, apart from the fact that for most people here the IRA campaign of violence was never justifiable anyway.

The Birmingham pub bombings, in which 21 people died and over 200 were injured, are an example.  It's not clear why Hayes decided to issue an apology at this stage, although it may have been prompted by the inquest now underway into the deaths (an inquest that should have happened years ago).

In the interview Hayes says that he was in the IRA for over 30 years, that he was "a participant in the IRA's activities in Birmingham," and that he bears "collective responsibility."  He says he is sorry for the grief caused to the relatives.  "My apologies and my heartfelt sympathy to all of you," he says.

But the apology only goes so far.  He reveals that two people planted the bombs, but refuses to say that he was one of them. At no time does he say that the bombing operation was wrong.

"It was not the intention of the IRA to kill innocent people,” he said, because they tried to give their usual half hour warning.  He said "eight precious minutes" were lost because the first phone box they tried was broken and the second was occupied.

But this attempt at an excuse is pathetic.  The warning call -- when they eventually got to a phone -- was made to a local newspaper, not directly to the police.  And it was deliberately misleading since it did not refer specifically to the two pubs in the center of Birmingham where the bombs were.

Instead the caller mentioned the Rotunda, the big building over the Mulberry Bush pub, and the New Street Tax Office building, which was above the basement Tavern in The Town pub.

What that means is that there was little time for the police to react, no time to identify where the bombs were or to get the people out of the pubs.  This could have been deliberate, since the IRA campaign at the time was aimed at spreading terror to get British opinion to force a pullout from Northern Ireland.

At the very least it showed a total and callous disregard for the safety of all the people in the packed pubs.   Either way, it was criminal.

The explanation is also unconvincing, not least because the IRA used the same excuse of warnings gone wrong on numerous occasions.   Why did they not identify working phone boxes before they planted the bombs?  If a phone box was occupied, why did they not yank the caller out of the way?

Read more: Gerry Adams is still a rebel with a cause

The carnage caused by the Birmingham pub bombings was immense, the worst terror attack in the U.K. until the 7/7 attack in London in 2005.  And it was not just the dead and injured and their families who suffered.

It caused real problems in the months and years afterwards for all the Irish people who lived not just in Birmingham but in other cities in the U.K.  And the pressure on the police to get results led to the wrongful conviction of the Birmingham Six, who were then left to rot in jail for over 16 years not only by the British authorities but also by the IRA who knew they were innocent but said nothing.

Of course all of this is a long time in the past.  The mantra we hear from Sinn Fein and its supporters these days is that people suffered on all sides, the peace deal has been done and that everyone needs to move on and make sure it lasts.

Where criminal acts are concerned, however, that is not enough.  Michael Hayes has said he will not appear at the inquest to give evidence because his apology should be enough, his conscience is clear and he is "not a murderer."

But that is not for him to decide.  The relatives of the Birmingham dead, who applied pressure to get this belated inquest started, want a renewed police investigation and justice.  And the Irish government should be doing all it can to make sure that happens.

Which brings us back to Sinn Fein since there is now a fair chance that the party could be a part of a future government here.  In recent months there have been indications from Sinn Fein that it will soon abandon the declaration it made before the last election that it would only join a government if it is leading that government and it is a left wing coalition.

Given Fianna Fail's slight shift to the left and its good performance in the opinion polls recently, that kind of green, left-of-center coalition may be a possibility in the near future and may be too tempting for Sinn Fein to resist.

But with power, as you know, comes responsibility.  And the first requirement in that context is a willingness to tell the truth and face up to the past, however difficult that may be.

For most people here, the minimum for Sinn Fein in that regard is an open and honest admission that some of the acts carried out by the IRA in the past -- like the Birmingham pub bombings -- were not just "wrong,” but criminal.

We have heard nothing so far from senior Sinn Fein figures about the Hayes admission and "apology" last week.   At the very least someone should tell him to get out of the combats.