Confronting sexual abuse in Irish dance - this is not about ethics

As horrific details of three lawsuits and probably more victims come forward the governing bodies of Irish dance in America need to face up to reality and do better. 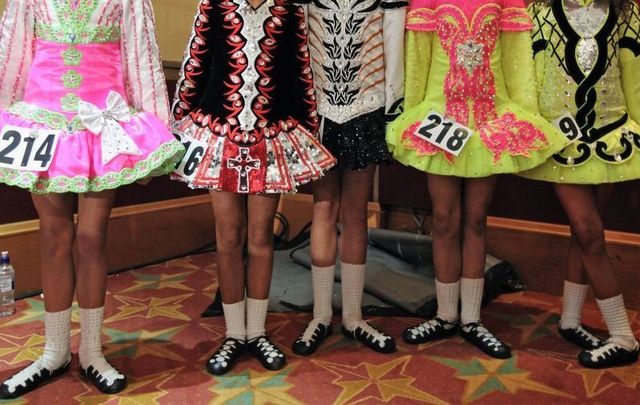 The sexual abuse allegations put against CLRG and its subset groups are larger than an "ethics issue." Getty Images

As horrific details of three lawsuits and probably more victims come forward the governing bodies of Irish dance in America need to face up to reality and do better.

Editor's Note: This piece, which appeared in the December 11 issue of IrishCentral's sister publication The Irish Voice newspaper, was written before CLRG issued its second statement on December 11.

The allegations were horrific in one case -- a minor being plied with drink and then assaulted. In another, a male dancer abused in a hotel suite by a well-known leader in the industry.

The Federal Bureau of Investigation and Bergen County Prosecutor's Office were among those who sat up and took notice of the IrishCentral story last week and asked any other victims to step forward.

POLL: Will the sexual abuse lawsuits prevent you from sending your children to Irish dancing?

Irish dance worldwide is a phenomenon with hundreds of thousands taking part across the globe. It is also uniquely vulnerable to situations where abuse can occur.
Dance teachers are often in loco parentis when parents cannot travel to an out of town venue with their children. Like we saw in U.S. women's gymnastics, unscrupulous operators take advantage of such opportunities when the child is vulnerable.

You would not have thought there was much concern about what is quickly becoming an issue by the kind of statements issued by the main Irish dance authorities.

CLRG (An Coimisiún le Rincí Gaelacha), the governing body of the oldest and largest competitive Irish dancing organization in the world, was named in all three sexual abuse lawsuits that were filed last week.

Two of the lawsuits that were filed allege sexual abuse against minors.
On December 7, CLRG issued a statement on its Facebook page and website which reads, “In response to recent media posts online, An Coimisiún confirms its commitment to the safety of every individual involved in Irish Dance.

“An Coimisiún maintains a strong child protection policy and requires registered teachers to be vetted/screened in accordance with local legislation.

“An Coimisiún takes its child protection obligations most seriously and in the past, has not hesitated to de-register persons proven guilty of the type of behavior described in the media posts.

“An Coimisiún is conscious that while the media reports contain serious allegations, these have not been proven and we urge caution until the facts have been definitively evaluated.

“In light of the nature of the matter, it is being referred to Coiste Faire [Ethics Committee] for investigation, and in the meantime, An Coimisiún will not comment further on the matter.”

This is a complete exercise in covering your backside gobbledygook. They praise themselves for “deregistering” suspected offenders. How about reporting them to the police?

CLRG should set up an independent tribunal of inquiry announcing outside experts to look into the problem. They should provide a confidential hotline number for people who claim abuse to make their complaints, and for possible witnesses who may have suspected or seen such behavior.

They should have agreed far higher standards including police background checks for anyone newly in a position overseeing young dancers.

They have done none of the above other than refer to an Ethics Committee which is kicking the proverbial can down the road.  This is not about ethics – it’s about potential criminal sexual abuse and pedophilia.

Irish Dance Teachers of America issued a similar statement saying it will fully cooperate but not mentioning any proactive steps.

Both groups are out of line with established practices now in place in the vast majority of organizations where children may be in potential danger. It's time both groups stepped up and ensured they are attempting to make the wonderful Irish dance experience as safe as possible for participants.