CLRG has issued a further statement after being named in three sexual abuse lawsuits that were re-filed in New Jersey on December 4. 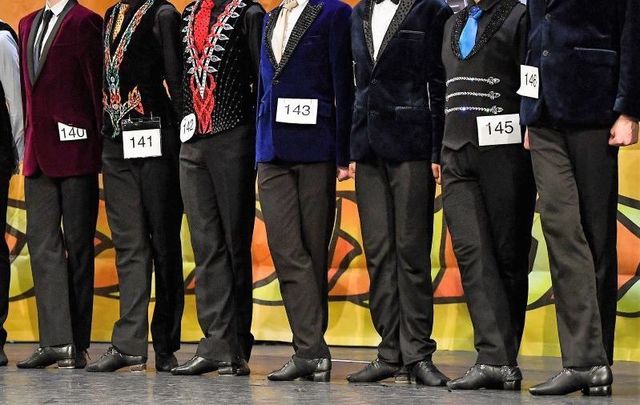 CLRG has issued a further statement regarding the three sexual abuse lawsuits that were re-filed in New Jersey on December 4 despite saying in an initial statement that they would not "comment further on the matter."

The below statement, provided to IrishCentral on December 11 from an unnamed source, was sent via email to CLRG members and is posted on the CLRG website. As of Wednesday morning, it had not been added to CLRG's Facebook page, where the initial statement was shared on December 7.

The new CLRG statement reads: “In response to recent allegations and documents circulated on line and in the media, CLRG is currently carrying out a comprehensive internal investigation.

“At the time of our initial statement last week, and as of today, CLRG in Dublin has not officially been served with any lawsuit documents or notified by authorities of formal criminal complaints. We are aware of the situation and are acting as swiftly as possible to respond appropriately in line with our child protection policy and local laws.

“These allegations, if proven true, are of extremely grave concern and we will not hesitate to take appropriate action immediately. We have consulted our legal team for advice in this regard. We are a volunteer organisation and our members have been working around the clock to deal with this situation. We want the public to know that the protection of vulnerable people in our community is the utmost priority.

“Within our membership, many of us are parents and teachers ourselves. The situations described in these documents are shocking and heartbreaking. We would like to express sympathy and support for victims of any crime. We will be communicating further once our internal investigation is complete.

“In the meantime, we encourage any victims or individuals with knowledge of crimes to contact local authorities immediately and to make CLRG aware of any situations by emailing Faire@clrg.ie.”

CLRG (An Coimisiún Le Rincí Gaelacha) is the largest and oldest governing body of competitive Irish dance in the world and is named in all three sexual abuse lawsuits along with the Irish Dance Teachers Association of North America (IDTANA) and the Mid Atlantic Region. The Southern Region and the Mid America Region are additionally named in two of the lawsuits.

Two male Irish dance teachers, one of whom is deceased, and two Irish dance schools are additionally named in the lawsuits. The teachers and the schools, as well as all of the plaintiffs, have all been anonymized.

Two of the lawsuits allege sexual assault against minors.

If you have any information about the sexual assault allegations within the competitive Irish dancing community, you are urged to reach out to your local authorities immediately. Meirowitz & Wasserberg, LLP are handling the three lawsuits that have already been filed.