Irish dancer Jade Brown says that those who allege sexual abuse within the Irish dance community should be "supported" and "believed" as justice unfolds. 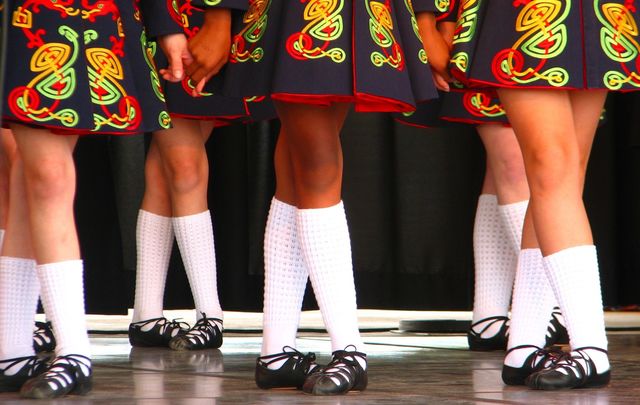 Irish dancer Jade Brown explains why the plaintiffs in the sexual abuse lawsuits should be supported as justice unfolds. Getty Images

In the wake of three lawsuits alleging sexual assault within the Irish dance community, some people have attempted to discredit the plaintiffs in anonymous online forums

Editor’s note: Twenty-three-year-old Irish dancer, Jade Brown, contacted IrishCentral this week in the midst of our coverage on the three sexual abuse lawsuits that were filed in New Jersey, on December 4. Brown is concerned about some posts she encountered on other online forums that attempted to discredit the (anonymized) plaintiffs who put forth the allegations of sexual assault in the three lawsuits.

Below are Jade's words:

Right now, the Irish dancing community has a unique opportunity to set precedent for how we react to allegations of sexual assault and harassment. When news broke of the lawsuits filed last week, parents and dancers alike were quick to jump onto online message boards and engage in conversation regarding the lawsuits and the situation as a whole.

As a senior Irish dancer who returned to competition after five years, it was alarming how prevalent posts condemning the survivors were. Many posts discredited the survivors or even accused them of coming forward for attention.

I am disappointed to see this reaction from a community that I know as one which lifts others up and supports one another, a community I know as a safe space for young girls and boys and one that I viewed as a second family growing up. I hope that the Irish dancing community educates themselves on sexual violence, and while it is a hard subject to talk about, that those who discredited the survivors have a change of heart.

Posts on forums questioned why there weren't witnesses, why the survivors didn't come forward sooner, and many claimed that the victims couldn't blame the alleged assaults for long-lasting psychological issues. These three types of accusations were prevalent on the online forums and RAINN (Rape, Abuse and Incest National Network), the National Sexual Violence Resource Center, and a variety of other experts on the issue have statistics supporting the claims of the survivors in this case.

Dismissing survivors' claims because they don’t have any witnesses comes from a lack of understanding of the intrinsic nature of sexual violence. Offenders of sexual assault strategically create private settings between themselves and their victims. They create a space without witnesses, causing survivors to rely on their memory of a traumatic event when and if they come forward. The spokeswoman for the National Sexual Violence Resource Center has said, “if our nation continues to demand that there be witnesses, we are essentially ignoring the very nature of the crime.”

Questioning the timing of survivors coming forward is particularly harmful to the progress of their claims. Many survivors never come forward for a variety of reasons and its dangerous to dismiss survivors of sexual harassment because so many situations go unreported. According to RAINN, about three out of four sexual assaults go unreported, and of the reported assaults, only 0.5% (five in every 1,000) of perpetrators of sexual assault will lead to a felony conviction. On the off chance that false accusations have been made, the falsely accused can claim defamation and seek restitution.

When it comes to the claims of social isolation, this is something commonly seen with victims of sexual violence. They often experience issues with interpersonal relationships. RAINN also lays out statistics that show victims are likely to experience problems in relationships at work, school, and in their homes due to their past trauma.

While it is the legal system’s duty to pass judgment on the accused, it is our duty as a community to support the survivors and those affected, and most importantly, believe them.

If you have any information about the sexual assault allegations within the competitive Irish dancing community, you are urged to reach out to your local authorities immediately.