CLRG and IDTANA, who are both named in three sexual abuse lawsuits that were in re-filed in New Jersey last week, have made public statements. 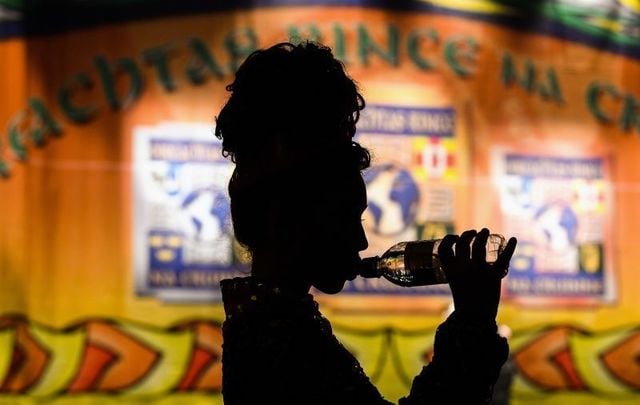 CLRG and IDTANA have issued statements as the Irish dance community is urging people to "stand up, speak up."

Both CLRG and IDTANA issued statements on December 7 after three lawsuits alleging sexual abuse within the Irish dancing community were re-filed in New Jersey on December 4.

The Mid Atlantic Region, who is also named in all three lawsuits, reportedly issued a statement, but it was only sent via email to Irish dance teachers in the region.

CLRG (An Coimisiún le Rincí Gaelacha), the governing body of the oldest and largest competitive Irish dancing organization in the world, was named in all three sexual abuse lawsuits that were filed last week.

Two of the lawsuits that were re-filed allege sexual abuse against minors.

On December 7, CLRG issued a statement on both its Facebook page and website which reads: “In response to recent media posts online, An Coimisiún confirms its commitment to the safety of every individual involved in Irish Dance.

“An Coimisiún maintains a strong child protection policy and requires registered teachers to be vetted / screened in accordance with local legislation.

“An Coimisiún takes its child protection obligations most seriously and in the past, has not hesitated to de-register persons proven guilty of the type of behaviour described in the media posts.

“An Coimisiún is conscious that while the media reports contain serious allegations, these have not been proven and we urge caution until the facts have been definitively evaluated.

“In light of the nature of the matter, it is being referred to Coiste Faire [Ethics Committee] for investigation, and in the meantime, An Coimisiún will not comment further on the matter.”

In response to recent media posts online, An Coimisiún confirms its commitment to the safety of every individual...

IDTANA, the Irish Dance Teachers Association of North America, who is also named in all three sexual abuse lawsuits, issued a similar response also on December 7.

The group's statement, which was published in a Facebook post, says: “It is IDTANA's understanding that three civil lawsuits filed in New Jersey on Thursday, December 4, 2019, name an IDTANA member as well as IDTANA as defendants. IDTANA has not yet been served with any legal documents in connection with these lawsuits. However, in response to these serious allegations of an IDTANA member, IDTANA will fully cooperate with all appropriate authorities.

“IDTANA’s main objective is to promote the culture generated by Irish dancing throughout North America.

“IDTANA has in place a Child Protection Policy and is committed to child protection.

“All IDTANA members, also members of An Coimisiun le Rince Gaelacha, must undergo vetting in order to register as a teacher or adjudicator.

“IDTANA remains dedicated to promoting Irish dance in North America, to the safety of members, dancers, and families, and further urges anyone with information on possible abuses to contact IDTANA’s leadership and the appropriate governmental authorities.”

IDTANA STATEMENT 12.7.2019 It is IDTANA's understanding that three civil lawsuits filed in New Jersey on Thursday,...

On Friday, the day before CLRG and IDTANA issued their public statements, a picture began to circulate on Facebook in the Irish dance community that reads simply "Stand Up, Speak Up."

Stand Up, Speak Up

When asked about the picture, one Irish dance teacher told IrishCentral on December 6 that two other dance teachers had started posting the pictures as a "call to action, a call for support."

"It's amazing," this dance teacher said, who indicated that other Irish dance teachers were frustrated with the apparent "lack of leadership" in the wake of the lawsuits.

However, now that CLRG and IDTANA have issued their statements, some people remain unimpressed.

A spokesperson for the Irish Dance Parent Union said: "People are questioning what was left out of the [CLRG] statement that could have been said to give the parents confidence in them.”

One Irish dance teacher said in a phone call on Monday that CLRG's statement was "horribly written" and a "PR nightmare."

"I don't know what they're doing," this teacher said, who added that the statements feel like "a slap in the face."

“We’ve gotten no guidance, there is a complete lack of leadership."

The teacher added: “The allegations are damming, swift action needs to be taken and nothing’s happened.”

If you have any information about the sexual assault allegations within the competitive Irish dancing community, you are urged to reach out to your local authorities immediately. Meirowitz & Wasserberg, LLP are handling the three lawsuits that have already been filed.