Some scientists believe Ireland could reopen by summer if a zero-Covid strategy is implemented. 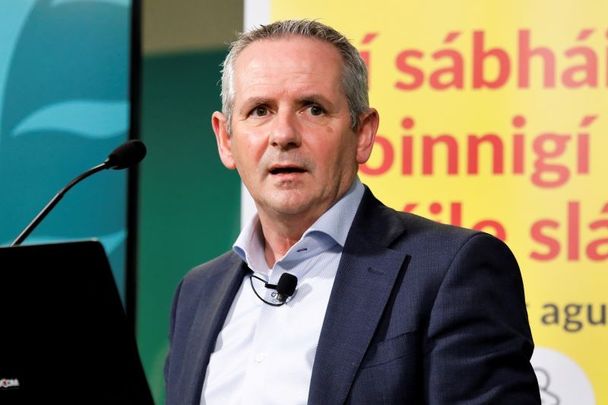 Ireland could open up its economy by early summer if the government introduces a so-called zero Covid strategy.

*Editor's Note: This article first appeared in the February 24 edition of the Irish Voice newspaper, sister publication to IrishCentral. The Irish government announced on February 23 its updated Living with COVID plan.

That's the assurance from some of the country's leading scientists, who have recommended stricter measures be fast-tracked to eliminate the virus.

Ireland's latest nationwide lockdown, which has been in place since early January, has failed to suppress the killer bug as effectively as had been hoped, with the government's top public health watchdogs admitting that progress in bringing down infection rates is beginning to stall.

Reid also stated that progress had been hampered by the emergence of new variants of the disease in the country, including the recently identified Brazilian strain.

But the Independent Scientific Advocacy Group (ISAG) insists that even tougher public health rules would not only suppress the virus, but allow the country to be re-opened in a matter of months.

The Irish Daily Mail notes that the stringent regulations outlined by the ISAG include mandating workers to work from home where possible, and hotel quarantining for all travelers arriving from abroad.

The growing call for tougher measures to be implemented comes as the government faces growing pressure to outline a clear and coherent roadmap out of Covid-19.

The government's “Living with Covid” plan, which was discussed at Cabinet level earlier this week, has continued to adopt a cautious approach, with a phased re-opening of the country's schools one of the few changes likely to be implemented between now and April.

Part of the reluctance to relax the rules stems from the surging hospital waiting lists across the country.

In a report on RTE News on Monday evening, hospital consultants revealed the number of patients waiting a year for hospital treatment had doubled since prior to the pandemic, as the crumbling health system struggles to deal with the nation's third wave of Covid-19.

Professor Alan Irvine, president of the Irish Hospital Consultants Association said, "We've seen a ballooning of patients on these waiting lists which is very concerning because a case deferred is a case denied."

However, ISAG representatives insist the government's current approach needs to be far tougher to effectively suppress the virus.

Professor Anthony Staines said, "By not having a coherent strategy, the government has given us all of the pain without the gain.

"If a zero Covid policy had been implemented last summer, much of the lockdown problems could have been avoided.

"Based on our knowledge and experience from other countries, we believe there's no reason this wouldn't work here, but we won't know if it works until we try it."

He continued, "We could have done it over the summer when the schools were closed because schools reopening will make it harder to control. We elect government to make difficult decisions, like do we reopen the schools or do we push down and get rid of this and then open the schools.

"Hindsight is wonderful, but it is really annoying when you were predicting it in April of last year, which we were."

He added, "If we have a certain amount of good fortune and if we do it right, we'll get down to zero and if that happens then we can reopen our economy."

Meanwhile, the Irish public will be keeping an even closer eye on developments across the water after British Prime Minister Boris Johnson announced an ambitious four-stage plan that could see all of England's coronavirus restrictions lifted by June 21.