Breathalyzer tests, wrong convictions and child murders gone unchecked. How can the gardai errors be corrected? 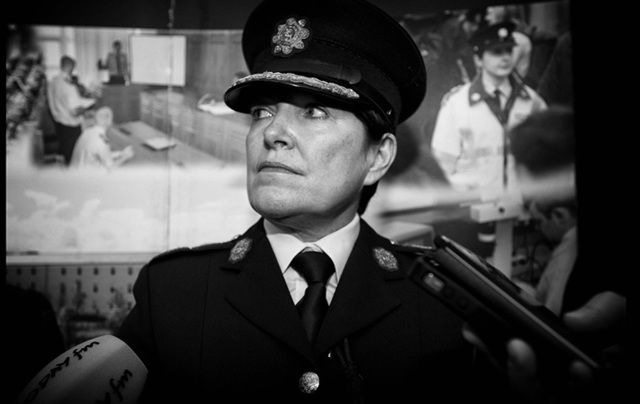 There have been some truly astonishing allegations lately about activities in the Irish police force known as the gardaí or simply the guards.

Generally, people in Ireland think of cops who break or bend the rules or just screw things up as an American phenomenon because there are so many movies on the topic.

However, thanks to recent disclosures, we are being forced to reconsider our situation and the "holier-than-thou" attitude we have usually adopted when comparing Irish standards of policing with those that pertain in the USA.

Evidence has been coming to light which indicates that there are deeply troubling aspects to the force and a major controversy has now developed as a result.

As in other countries, breath-tests are carried out on motorists by the gardaí, using disposable mouthpieces to detect whether the driver in question has consumed an excessive amount of alcohol. The maximum penalty for drink-driving is €5,000 or six months in jail, or both.

In an article in The Irish Times on February 20, journalist David Labanyi revealed that the number of breath-tests recorded by the gardaí appeared to be significantly higher than the number of motorists actually tested.

Some weeks after that newspaper report, it was revealed that almost a million breath-tests – the actual figure is reported as 937,000 – which were recorded as having been carried out between late 2011 and 2016 had not, in fact, taken place at all.

In other words, one million tests were actually conducted over that period, but this figure was exaggerated to nearly two million. The population of the Irish Republic is only 4.6 million and the number of driving licenses at the end of 2015 was 2.76 million.

It is alleged that the top gardaí were informed as early as July 2014 that there was a discrepancy between the quantity of breathalyzers supplied and the number of tests the force was claiming to have carried out, although a Garda spokesman denies receiving any such notification. It is also suggested that individual gardaí were breath-testing themselves to hype-up the figures although this had not been confirmed.

The most senior officer in the gardaí, Commissioner Nóirín O'Sullivan, told a parliamentary committee on March 29, “It may well be the case that members deliberately put figures into the system that were not correct figures. We haven’t got to the bottom of what we have got.” Asked if those members would be sanctioned, she replied that, if people were found to have erred or deliberately altered data, "yes, there will be sanctions."

There has been another equally bizarre development of late in relation to the police force. A system of fixed-charge driving offenses operates in Ireland whereby the driver of a vehicle detected committing certain breaches of the Road Traffic Acts, such as failure to display a motor-tax or insurance disc, can pay a fixed charge or fine as an alternative to going to court.

However, arising from a court case in April 2016, it has emerged that in 146,865 cases over a ten-year period drivers erroneously received a summons to appear in court, although they had already paid fixed-charge fines for the offenses in question.

More than 14,000 traffic convictions to be quashed after gardai admit error https://t.co/MLn68Mpcii pic.twitter.com/nMKbXJStbT

A tenth of these, totaling 14,700, were convicted and a penalty was imposed by the court, although they had already fulfilled their legal obligations.

Gardaí must now go back to the courts to have all of those convictions and court penalties canceled on appeal, a process that is expected to cost millions of euros to the taxpayer.

In addition, drivers who faced an increase in their car insurance payments or perhaps even lost their jobs because of the conviction may decide to sue for damages.

The gardaí say their IT systems have been changed since last July to ensure it doesn't happen again and that the problem was the result of "largely human error".

Concerns have also been raised that more than 40 homicide cases, some involving children, may have been incorrectly categorized as less-serious than murder, that garda statistics may be understating the level of domestic violence in the State and that the seriousness of other crimes, such as burglary and robbery, may have been downgraded without justification.

Of course, underpinning all the bad news about the guards is the case of Garda Sergeant Maurice McCabe, a whistle-blower who expressed concerns to his superiors about senior gardaí quashing penalty points imposed for driving offenses

McCabe was subjected to a completely false and unfounded accusation that he was a child molester and was allegedly also the victim of an organized smear campaign. A tribunal of inquiry has been created to deal with the issue

Matters are so bad that People Before Profit parliamentary member Brid Smith called for a whole new outside body to run the police.

“You would need an outside body to take over the running of the gardaí. You would need to have a clear-out of the top echelons that could be shown to be directly involved in cover-ups or corruption or malpractice, and then have it run by outside bodies.”

Inevitably, there have been calls for Nóirín O'Sullivan to step down and Sinn Féin and other left-wing parties are proposing a parliamentary motion of no confidence in the Commissioner. Her predecessor was also caught up in a major controversy and eventually resigned, but O'Sullivan has so far refused to budge despite being subjected to prolonged questioning at a four-hour hearing of a parliamentary committee.

Only the government has the power to dismiss her from the post, but this is considered unlikely, at least in the short term, partly because it might contribute to the current atmosphere of instability and precipitate a general election, which neither of the two main parties, Fine Gael or Fianna Fáil, is ready to face at the moment. Meanwhile, ordinary citizens are left to ponder just what is going on with the boys and girls in blue.

Can the #gardai turn back the clock to restore public trust? @MichealLehane reports for #twip pic.twitter.com/ZgUETEEr4y

The Fine Gael-led minority government has now decided to establish a Commission on the Future of Policing in Ireland. The terms of reference have yet to be finalised but a statement on behalf of Tánaiste (Deputy Prime Minister) and Minister for Justice and Equality, Frances Fitzgerald, listed the "culture and ethos of policing" and "appropriate structures for oversight and accountability" among the issues she believes ought to be addressed.