"The depth and extent of the smear was horrific. It also spoke to a level of corruption and collusion between two agencies to destroy one brave man." 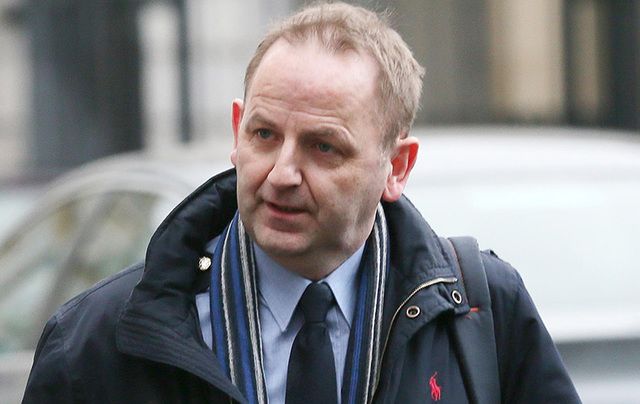 Kafka's novel The Trial is one of his best-known works.  It tells the story of a man arrested and prosecuted by a remote, inaccessible authority, with the nature of his crime revealed neither to him nor to the reader.

It was published in 1925, but readers in Ireland today would recognize its parallel in what happened to whistleblower Garda Sergeant Maurice McCabe, who exposed corruption in his own police force and was subjected to horrific public indignity with outrageous charges made against him -- charges he was never even aware of.

It seemed the state threw everything imaginable against him, all of it false, all of it secret. His offense was telling the truth.

It included an investigation on whether McCabe had taken a computer that had child pornography on it, even though he was not even attached to the garda station it disappeared from.

Then there was the resurfacing of a previous allegation of fondling the daughter of a police officer he had named and shamed on corruption charges.

The case was so weak the Director of Public Prosecutions gave it no standing whatsoever, a very rare finding where child sexual abuse is concerned.

What happened next to McCabe will send a chill down the spine of every liberal and libertarian across the social and political spectrum.

Encouraged by gardai top brass to speak out on corruption after several notorious cases, McCabe took the top cops at their word and soon had identified massive corruption in the penalty points system where points on licenses were handed down for drunk driving, careless driving, speeding, etc.

McCabe found from a study of the Pulse system used by gardai that a large number of cases, usually involving prominent figures, were deliberately scrubbed from the record of the offender.

When he submitted his evidence a bombshell burst when it was discovered the police commissioner himself was one of those who had points illegally scrubbed.

The commissioner tried to bully his way out of the findings but ultimately was forced to retire early.  The minister for justice who had scorned McCabe’s evidence also was forced to resign.

McCabe’s reward was a flood of anonymous death threats and a meeting with top police officials who instructed him not to access the Pulse computer system, thereby making him powerless as an officer.

But there was worse, much worse. The old accusation against McCabe, thrown out by the state’s chief prosecutor as having no merit, surfaced again in the files of the Irish children's protection agency, Tusla.

Someone sent the file to top police officials, and never informed McCabe of its existence.

Great investigative work by the Prime Time investigative program on RTE discovered that the file existed and was being used against McCabe with every major journalist and politician.

The depth and extent of the smear was horrific. It also spoke to a level of corruption and collusion between two agencies to destroy one brave man.

At the time of writing the government is in complete disarray as the news has broken. There may be an election over it.

More damaging perhaps is the breadth of the collusion and conspiracy to bring down an innocent man. It truly beggars belief.