How Ireland can save its native language

"If you can't learn Irish, then help the kids who do to do so." 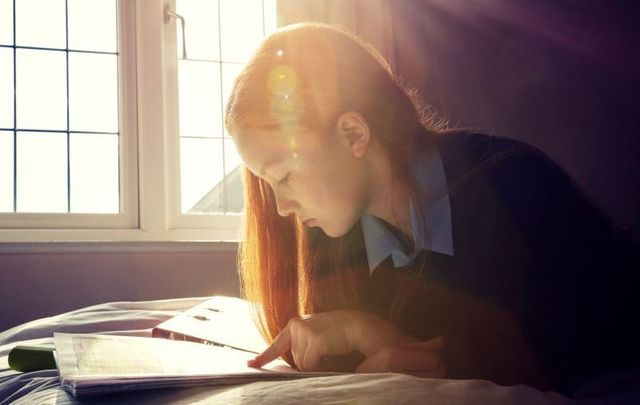 "If you can't learn Irish, then help the kids who do to do so." Getty Images

"If you can't learn Irish, then help the kids who do to do so."

*Editor's Note: While this piece was originally published in 2014, Ireland is still fighting to preserve its native language

In three years, we could have as many Irish speakers as Iceland's population. If the 800,000 Irish school kids had a choice, more than half would go to a Gaelscoil – voluntarily.

Demand is simply not met. There are toddlers picking up the language in three years. It won't take long to turn this around.

Irish immersion schools, Gaelscoils, get top grades because bilingual education is good for the brain. The waiting lists are a mile long.

Once we recognize how easy it is to save the language, through the successful Gaelscoils, we can all get behind them. Learning Irish may be daunting to some of us adults, but there's no reason we can't be wise and embrace our language and ensure the next generation has their right to an Irish-medium education.

Nasty anti-Irish talk is a symptom of an unhealthy complex. We need to get over it. No one should be guilty or made feel guilty for the historical circumstances that beat Irish up to give us English. That's no excuse though for the glib talk about how their spoken, living and literary native language is dead. We can be European for real, and love our language.

Ireland gained independence to be a sanctuary for Irish. It makes some of us anxious to think we have to learn Irish. To do our bit, we just have to be positive, and put pressure on the government in Dublin to support what most of us want – a thriving culture. We may not become Irish speakers, but our children can be. That means we tell politicians we want our Irish-medium schools supported. There's no better way to assert our future or ensure our rights to Ireland as our homeland.

Irish is waiting on the rest of us: in our names; our genes; in the landscape.

Despite the school day blues, Irish is an ironically popular and sexy language.

Read More: A cupla focail: the most searched for Irish language words

Gaelscoils have 45,000 students right now. The waiting lists are a mile long.  If only half the Irish school kids got the access they want, Ireland would have an unquestionably strong 500,000 daily speakers. It already has more speakers than cold statistics convey.

Icelandic has only 330,000 speakers, but none of the unhealthy bickering about the language's death.

If Dublin let the schools happen, we could feel a little more secure in the world about the future of the Irish people. What does it cost? Irish teachers speaking Irish instead of English is not expensive. No big deal. No big cost.

There is nothing dead about Irish. To say so is a willfully ignorant meme that gets curmudgeons excited. The fact of the matter, however, is that dead people don't talk.

Read More: The Irish language represents “some of the best of human nature”

Death talk is just a tactic, or philosophical-orientation, to kill it. Irish has great, globally popular support. It just needs more kids to have proper access to it.

Irish kids having immersion schools is a right. The Irish state was founded to assure that right, and other rights too, but that one is pretty clear. Ireland is a sanctuary for Irish. Duh. (Is that an Irish word?)

We all wish the old educational system hadn't had its mean teaching monopoly for so long. Hebrew was luckier and went from a few rabbis speaking it to 9,000,000 in a generation.

Irish is getting it right now. It just needs Dublin to meet demand and let kids go to Gaelscoils.

If Ireland is not a sanctuary for the Irish language, then it will become culturally assimilated like Idaho. There are very few Irish people who really want that fate.

If you can't learn Irish then help the kids who do to do so. There should be no Gaelscoil waiting lists. If an adult doesn't have time to learn the language, he or she does have time to support Irish-medium schools, the highly successful – but wrongly curtailed – Gaelscoileanna.

Read More: Is the Irish language hard to learn?