The ongoing battle to preserve the Irish language in Ireland

One researcher was told in 2015 that “An Ireland without the Irish language wouldn’t be the same place." 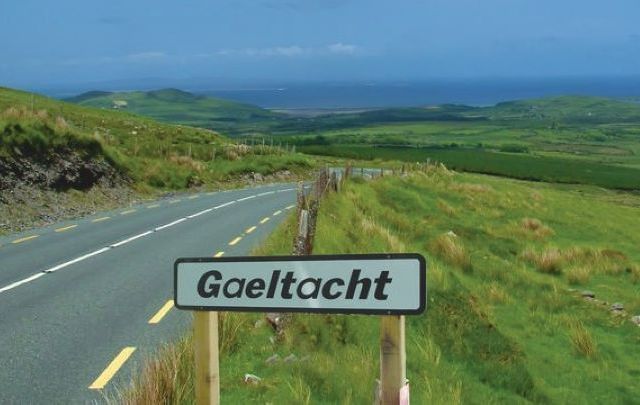 Editor's Note: This article, originally published in 2015, highlights the ongoing difficulties facing the preservation of the Irish language in Ireland.

A student from Kent State University has exposed the depth of the struggles facing the Irish language and the lack of support afforded the language by the Irish government in a 2015 report for the HuffPost.

Anna Hoffman was in Ireland on a Pulitzer Center student fellowship and while there she interviewed leading figures among Irish language media and the Irish language promotion organizations. Her analysis of these interviews led her to conclude that there is a possibility that Ireland will lose the language, one of its “most prized cultural components.”

Irish is considered “definitely endangered” by the UNESCO Atlas of the World’s Languages in Danger, which spells out the bleak future the language faces unless something can be done to prevent it from going into further decline.

Despite the requirement to learn Irish from elementary school right through to high school, and certain Irish universities counting a pass in the language as a school subject as an entry requirement to their undergraduate courses, the percentage of Irish being spoken in even the Irish-speaking areas known as the Gaeltacht is in decline, with only 1.8 percent of the total population speaking Irish daily.

Hoffman spoke to Cuan Ó Seireadáin, communications officer at Conradh na Gaeilge, a non-profit organization that promotes the legal and cultural status of the language, who told Hoffman, “There is no situation globally which is comparable to the cultural situation in Ireland.”

Despite Ireland’s status as the first official language of the country, English is still the dominant language and Ó Seireadáin places the blame for this on the time Ireland spent under British rule when English was the official language used in all legal, administrative, political and government affairs whereas Irish was regarded as the language of the working class. This class distinction between the languages led to a certain sense of shame for Irish speakers and a belief that they should speak English to succeed in this English-dominated society.

Hoffman’s report also outlines certain criticism of Ireland’s recent governments, who many people believe pay only “béal grá” to the language. Literally translated as “love of the mouth”, “béal grá” means that the Irish government is simply paying lip service to the language without taking any definitive action to ensure its survival.

Despite the introduction of the 2003 Official Languages Act, which promotes the use of Irish for official matters of the state, the majority of government dealings in parliament are carried out through English, not through Irish. Even the Minister for the Gaeltacht, Joe McHugh, was far from fluent when he was appointed to the role last year, a decision that drew much protest from Irish speakers.

Gaelgeoirí (Irish-language speakers) were also recently dismayed when the introduction of a postcode system throughout the country, Eircode, saw up to 50,000 Irish (language) place names entered inaccurately or completely missing from the database. When homes were issued with their new postcode, names that are registered in Irish were needlessly translated to English. Many of these homeowners had never used an English version of their names at any point of their lives.

@eircode who's paying for this waste of public money, translating my name as #Gaeilge to English? #fail #eircode pic.twitter.com/0d8d0OWh5v

“They’d like to have you to think it’s the national language, and they spent all this money on the façade, but they won’t actually put any substance behind what they’re trying to do” Cian Mac Cárthaigh, station manager at Dublin Irish language community radio station Raidió na Life, told Hoffman.

The number of governmental services that don't properly comply with the Official Languages Act is outstanding. Hoffman states: “public bodies that use recorded announcements on their telephones must have the recording available in Irish, and this recording must convey the same message in Irish as it does in English. Of the 32 local authorities using recorded messages, only two were compliant.”

As can be heard in the soundbites compiled by Hoffman in the above video, many of the people interviewed have a lack of faith in the Irish government’s ability to properly implement a plan that will not only prevent the language from dying but will encourage more people to use it.

Despite the 2010, 20-Year Strategy for the Irish Language, Irish-speakers struggle to find services available to them in Irish with a recent column in Irish website Tuairisc.ie revealing that a person was told that they would only be able to get their driving license through English that day despite requesting the service through Irish.

Hoffmann also spoke to native Irish speaker Angela Connelly who told her, “They (the government) seem to want to get rid of us Irish speakers.”

“The ‘béal grá’ of the government (is) the officially friendly and positive attitude towards the Irish language but de facto reluctance and lack of energy behind implementation of policy,” continues Ó Seireadáin from Conradh na Gaeilge.

“Sometimes is policy formed without full knowledge of all of the relevant facts needed to make that policy.”

The general consensus is Irish is something that you “have,” and Hoffman noted that speakers say that they “have” Irish, not that they speak it. She believes that this is a reflection on their attitude towards that language and how they wish to refer to “having” it while they still can.

“What was nearly completely taken away from them years ago is once again at risk of slipping through a generation’s hands” she states, and from the negative picture she paints of the language’s demise, it appears that Irish lovers have an uphill battle in the not so distant future to keep the language alive.

Read More: Learning Irish for the first time - a challenge and a joy

You can watch Hoffman's 2015 report on the Irish language for HuffPost here:

This August, we're celebrating Gaeilge (the Irish language) and Irish music with a series highlighting those around the world speaking and learning Irish and playing Irish music. Throughout the month, we'll look at ways you can learn the language wherever in the world you are, discover what is your very favorite Irish song and even travel to some of the best Irish music festivals in the world to bring you to the heart of the action.

You can find all this and more in our music section here or in our Irish language section here. You can also follow throughout the month by using the hashtags #ICMusic, #ICGaeilge or by following us on Facebook, Twitter, Instagram or LinkedIn.

Is it too late to save the Irish language? Leave your thoughts in the comments section below.