Richard Nixon's connection to a small town in County Kildare 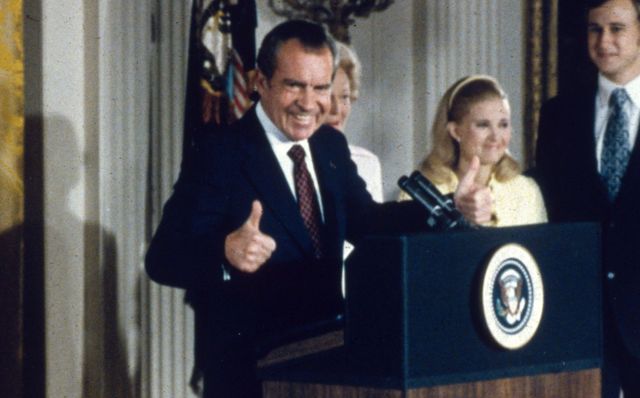 Richard Nixon was elected President of the United States on November 5, 1968. Getty

Paying a visit to the small village of Timahoe, County Kildare, and exploring its connection to former US President Richard Nixon.

Yesterday I experienced something that is all too common for visitors to Ireland: I drove around aimlessly trying to find someplace. I knew I was close to where I wanted to go, but I couldn't actually find the right spot.

I had to go to County Kildare yesterday and when I was done doing what I had to do I decided I'd drive to a few places I was keen to see. One of those places was Bodenstown Churchyard, where Irish nationalist hero Theobald Wolfe Tone* is buried. Wolfe Tone's grave is one of Ireland's national shrines. Or so I thought.

I didn't know where I was going, but I did a quick check on Google Maps to get a good idea and then entered Bodenstown into my GPS as "my destination." Soon I was in Bodenstown, but there were no signs telling me where to go next. At a crossroads, I went right and drove for about five miles along a narrow twisty road. Eventually, I realized I'd gone wrong and decided to abandon my search for another day when I'm better prepared.

I blame myself for not having sought out the GPS coordinates for Tone's grave before I left, but really I still believe there should be signs especially as I now know that I was only 1,000 yards from the graveyard when I took my wrong turn.

I also wanted to see St. Brigid's Cathedral in Kildare town. As well as the Cathedral, I'd hoped to see the Round Tower that is on the Cathedral's grounds; together the two sites constitute one of the prime attractions in the area. 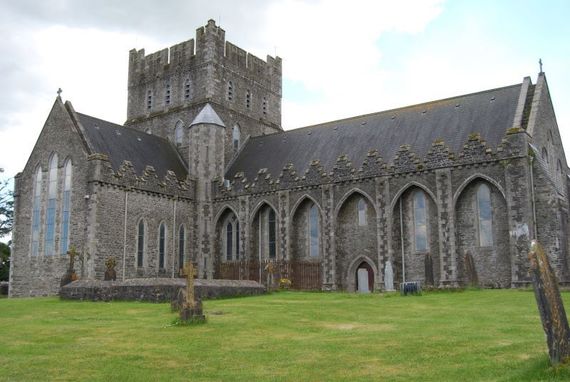 Read More: Incredible Irish stud farm where a US President once stayed is for sale

I knew I was going to be near-by, so I figured I go there. Mistake. The Cathedral is run by the Church of Ireland and they only open the gates to visitors from May through September. I can't say I was devastated when I discovered this, but I sure as heck was happy I hadn't gone far out of my way to visit either. Another day. Maybe.

The last stop on my itinerary was the one for which I had the lowest expectations: Timahoe, Co. Kildare. I had no idea what I might find there, but I knew President Nixon had gone there in the early 70s to visit the home of his Irish ancestors.

Timahoe, like Bodenstown, is not a big place. Village would be overstating things. For that reason, I wondered if the local people would acknowledge the Nixon connection. It didn't take me long to realize the answer was 'No'.

I drove from one end of Timahoe to another and saw no mention of Nixon. Seeing as this took less than two minutes I turned around and headed back and took the one turn-off I passed. I drove along an extremely narrow, twisty road through farmland when I came across a "Quaker Cemetery."

There was still no mention of Nixon, but I knew he was a Quaker and thought I'd take a look. Just inside the gate, stood one stone in a small field. The inscription on the stone read: "In Memory of the Irish Quakers of Timahoe, dedicated on October 5, 1970, by Richard Milhous Nixon, President of the United States of America whose maternal ancestors are resting here."

The memorial at the Quaker Cemetery in Co Kildare (John Fay)

Sure Nixon resigned and all that, but he was President of the United States and the fact that he found his way to Timahoe to dedicate this stone in a field demonstrates that Timahoe meant something to him. He also named his Irish setter King Timahoe. A little reciprocation is in order.

Read More: When Nixon resigned - a history lesson in the time of Trump

I can't understand why the people of Timahoe don't provide a few signs pointing the way to the Quaker Cemetery. It is a place of at least some interest to Americans. What harm could it do to show people the way? Of course, if the people of Kildare are none too keen to point the way to the burial sites of a national hero I suppose I shouldn't expect an American President's ancestors to get better treatment.

(*Tone's son William served in Napoleon's army. Following Napoleon's defeat at Waterloo, William Tone went to America where he served in the American army. He's buried in Brooklyn, as is his mother Matilda, Wolfe Tone's widow.)

Have you ever visited Timahoe in Co Kildare before? Let us know in the comments