Irish man Seamus Dooley, a stalwart of the GAA scene in New York, is remembered fondly. 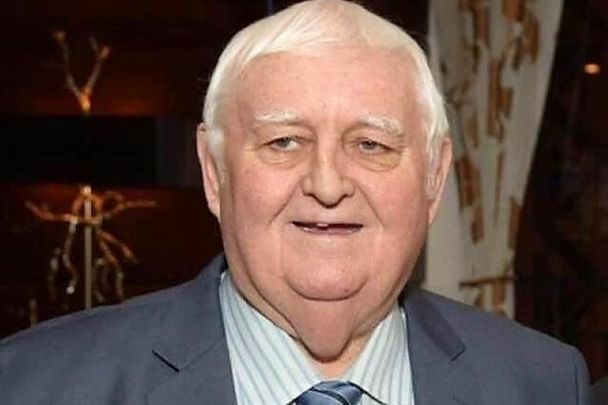 Last Friday morning we woke up to the very sad news that New York GAA legend Seamus Dooley had just passed away.

*Editor's Note: This column first appeared in the November 18 edition of the Irish Voice newspaper, sister publication to IrishCentral.

Seamus, perhaps the most passionate GAA man I have ever met, was a larger than life personality, a great Irishman, a wonderful character, and a great friend and helper to legions of people over the last 50 years.

Seamus, one of a family of 11, six boys and five girls, was born in Teelin, Co Donegal in 1946, but the family moved to Killanny in Monaghan when he was two. There were never any doubts about Seamus’s county allegiances or loyalties -- he was a Farney man to the core, and immensely proud of it.

He received his primary education at Ballymacanee N.S., his secondary education at Carrickmacross C.B.S., and third-level at St. Patrick’s College, Drumcondra. Seamus began his playing career with Killanny under-12s, but later joined Inniskeen and would go on to win county championships at u-14, u-16, and minor level.

His prowess on the club scene did not go unnoticed as Seamus progressed to play with the county minors for two years as well as the county u-21 squad. In 1970 he won a junior medal with his native Killanny.

Seamus arrived in the U.S. in the early seventies and thus began his long and extensive involvement with the New York GAA. He was a player with Monaghan for a decade, winning two intermediate titles, and then would go on to hold nearly every office with the club and was involved right to the present day. He was also involved with the Armagh club, managing the Orchard club to a few finals.

In his earlier years in the Big Apple, Seamus was employed in the hospitality industry, most notably the Bailey Tavern and Considine’s bar in the Bronx. His gregarious and genial personality was well suited to this occupation.

With Seamus behind the bar, there was no need for music or a jukebox. The Monaghan man was a natural raconteur always with an entertaining ensemble of stories, some true, some tall tales, and hybrid yarns with varying degrees of veracity depending on his views of the assembled patrons.

He was good craic and that was accentuated with his big, booming laughs. Then when it came to a bit of devilment or a prank, Seamus wasn’t exactly on the subs’ bench.  He was more like a center-half-forward.

While Seamus was a great advocate for Monaghan’s interests at the New York Board, he was also working diligently for the betterment of the New York GAA. He was New York’s delegate U.S. GAA centers as well as being the Big Apple’s Central Council representative for many years.

He was vice-chairperson of the New York Board for four terms before eventually becoming chairperson in 2005. No job was too small or menial, and it didn’t matter whether it was filling holes in Gaelic Park or gathering garbage, Seamus gave it his full attention. He established a very good working relationship with Manhattan College which facilitated much greatly needed use of the facility.

However, the most tangible results of his leadership was the development of Gaelic Park. Seamus successfully petitioned Manhattan College and Central Council for funding and managed to raise $500,000 locally to have the project completed in three months at a cost of over $3 million.

I had the pleasure of being involved with Seamus in New York team management on a number of occasions, and there was one task he always cherished -- to be in charge of the food provisions. Needless to say no players, mentors, or managers went hungry with Seamus in charge.

We were always delighted to see him come to the press box during his administration as he brought copious amounts of cake, cookies and caffeine. He figured a well-satiated press would probably publish more palatable material.

There were times he disagreed with some things I wrote, and though he was blunt it never was personal or acrimonious. The verbal volley was usually prefaced with the opener “Do you mean to tell me….”

In later years, Seamus changed his employment to building management and maintenance. His life definitely revolved around the GAA.

He worked the night shifts so on his way home in the morning he would check things around Gaelic Park before heading to bed. Then he would return to Gaelic Park in the evening where he could be an umpire, linesman, clock-operator, or attending various meetings or whatever needed to be done. Then he was off to work.

A number of years ago I wrote about the core principles of the GAA being deeply embedded in Seamus’s DNA, and that never changed. He loved the GAA and he certainly talked the talk and walked the walk by unselfishly donating his time, talents, and resources to the association.

Some disagreed with his interpretation of a few tenets of the GAA’s mission and philosophy, but Seamus never wavered. Just like Polonius in Hamlet, “To thine own self be true” and that certainly was Seamus.

There was no prouder GAA man around when Monaghan’s GAA notables such as former president Sean McCague, general secretary Pauric Duffy and top referee Pat McEnaney were on the scene. Seamus was also deeply involved in community affairs and was a staunch advocate for the underdog.  As a member of ILIR, he travelled to Washington on a number of occasions to fight the cause of the undocumented.

Over the years the very generous Monaghan man has been in the forefront in organizing and promoting benefits and fundraisers for those afflicted by illness, injury, or down on their luck. Many young immigrants got their jobs or apartments through Seamus as he was always looking out for people.

Seamus always projected a positive outlook, but that wasn’t easy. In 1994 Ginny, Seamus’s wife, passed away at the age of 39, leaving him the sole responsibility of raising their young daughter Amanda. Under her father’s caring and watchful eye, Amanda developed into a fine young lady and graduated college as an occupational therapist.

She is now married to Mike Atkinson, and they have two children, Declan and Rohnan. The family lives in Rochester and of course, Seamus has his grandchildren spoiled to the hilt.

Given that Seamus was such a well-known and high-regarded figure in the New York Irish community, it’s hardly surprising that he received an extensive array of accolades. He was guest of honor for the New York GAA in 2006, and he was honored by Central Council in 2007 and the New York Centennial Committee in 2014.

In addition, he has been honored by the Police Department, the Ladies GAA, the Monaghan, Armagh and Donegal clubs, and the Referees’ Committee. He was a legend, an iconic figure, loved by many and as the Gaelic proverb so adroitly states, “ni bheidh a leithead ann aris,” translated to there won’t be his like again.

So true.  Gaelic Park will never be the same again without the almost omnipresent Seamus patrolling around. Many years ago Amanda jokingly said that “when he goes the GAA should put up a monument in the corner because he basically lives in Gaelic Park.” Perhaps they should, and Seamus’s legacy to the New York GAA deserves to be commemorated in some fitting way.

A private wake for family and close friends will be held on Thursday, November 19 at Riverdale on the Hudson Funeral Home at 6110 Riverdale Avenue in the Bronx from 2-5 p.m.  A celebration of his life will be held from 5-10 p.m. on Friday, November 20, and a funeral Mass will take place in St. Margaret’s of Cortona in Riverdale on Saturday the 21st at 9:45 a.m.  In lieu of flowers, please consider a donation in the memory of Seamus and Ginny to the American Cancer Society www.cancer.org.

I’m sure St. Peter will be getting a helping hand along the heavenly sidelines. May the Great Gael rest in peace.