Prostitutes and playwrights - a conversation with my Los Angeles agent

“Writing a play is like dating a semi-attractive woman and writing a screenplay is like buying a beautiful hooker?” 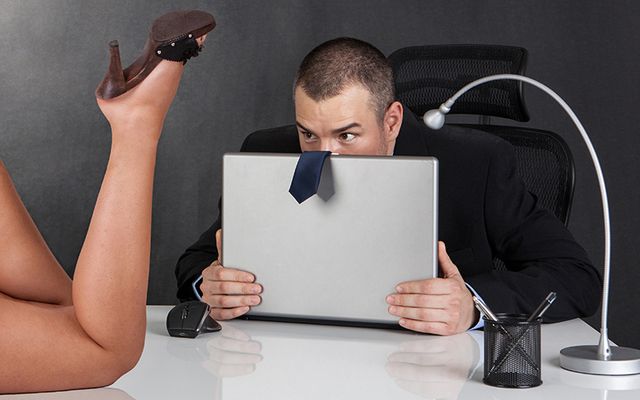 “Writing a play is like dating a semi-attractive woman and writing a screenplay is like buying a beautiful hooker?” iStock

I called my agent to tell him I’d finished another play. He wasn’t pleased. He thought plays stole time from screenplays that he might be able to sell. It was an ongoing debate.

One time, I mentioned the value of art for art’s sake. I thought he’d have a stroke. He popped Tylenol like Tic Tacs though – and that might’ve saved him.

David: I wrote a new play.

Agent: What’s this s**t about?

A: You wrote a f***ing play about a f***ing novelist? Where’s it premiering? In a black hole?

D: That’s a good one. You use that with other clients?

A: They don’t write f***ing plays. I don’t understand why you do.

D: Because screenplays rarely get made even when sold… but plays do. Believe it or not, I like seeing my work produced.

A: And I like to sleep with beautiful women, but you don’t see me going to all that trouble.

D: The trouble of actually sleeping with them?

A: You’re f***ing hilarious, David, you know that?

A: Look, I can meet a semi-attractive woman and take her on dinners and dates and all that bulls**t. Or I can sell a screenplay, not one of yours apparently, and buy a beautiful hooker.

D: Are you saying that writing a play is like dating a semi-attractive woman and writing a screenplay is like buying a beautiful hooker?

A: Which is less trouble?

D: You’re suggesting that I prostitute myself both professionally and personally?

A: Of course not. I’m advising you to prostitute yourself professionally… so you can buy a prostitute personally. Sometimes I think you don’t know which end is up.

You can buy my debut novel, ‘THE LAST ISLAND’ here.

Read more: How I broke my neck and learnt the surprising truth about life