"The Electoral Reform Bill, now in progress in the Oireachtas, includes new provisions for adding and removing names to the electoral register." 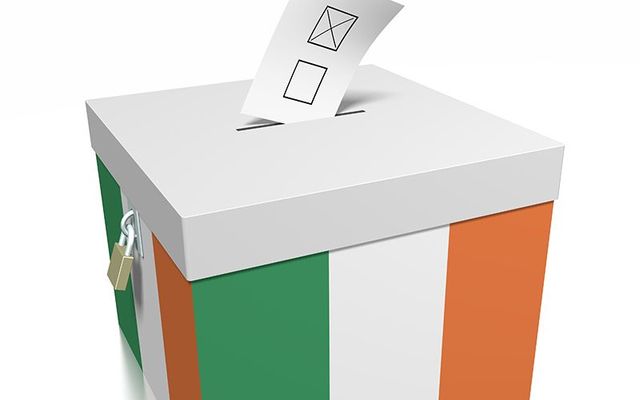 The following piece is authored by Hilary Beirne, originally from Co. Roscommon and a resident of New York for decades.  He is, among other things, the chief administrative officer of the New York City St. Patrick’s Day parade, and an advocate for voting rights for Irish citizens living abroad.

To members of the Irish diaspora:

We, the diaspora, need representatives in the Oireachtas in Dublin to advocate for emigrant interests.

In November 2020, the Irish government approved a new diaspora strategy. It included a commitment to hold a referendum to extend the right to vote in Ireland’s presidential election to Irish citizens who live abroad. Such a move will bring Ireland more in line with other European countries.

The Electoral Reform Bill, now in progress in the Oireachtas, includes new provisions for adding and removing names to the electoral register; provisions that may impact the rights of Irish-born emigrants to vote in elections in Ireland. The outcome and final wording of the Electoral Reform Bill really depends on how your local TD views you as an Irish citizen abroad. Do they see you as an asset for Ireland because of your experience of the world, or do they lack interest because you emigrated?

Therefore, as part of my advocacy for representation in Ireland after 300 plus years of emigration, I encourage all members of the diaspora to get involved in the conversation concerning the value of emigrant engagement in the democratic process in Ireland.

This can best be done by engaging relatives and family members at home (whose opinions and votes do matter to Irish politicians) to expand voting rights to Irish-born citizens abroad, and grant the diaspora the right to vote in presidential elections. After all, the president of Ireland represents ALL Irish citizens, yet the president really only represents Irish citizens who live in the Republic as they are the only citizens that can vote, not us.

By including all Irish citizens (home and abroad) in the democratic process, the Irish government would for the first time live up to the inclusive ethos of the Irish Proclamation; that is, the “guarantees of religious and civil liberty, equal rights and equal opportunities to all its citizens.”

Nowhere in the Proclamation does it say that the citizens who live outside Ireland have fewer rights. It clearly states, “all its citizens” and “equal rights.”

This is an opportunity for Irish citizens from all corners of the world to contribute to the debate at home on extending aspects of the Electoral Reform Bill relevant to emigrant citizen voting and the right to vote in presidential elections.

I trust you will also bring this matter to the attention of your membership. Also, please forward this letter to other Irish diaspora groups, so they too can engage in this important issue of diaspora representation.

Please do not hesitate to reach back to me if you have questions concerning this matter.