More than five decades after attempting to ship himself from Australia to the UK in an airline crate, Brian Robson has been reunited with one of the two Irish men who helped him. 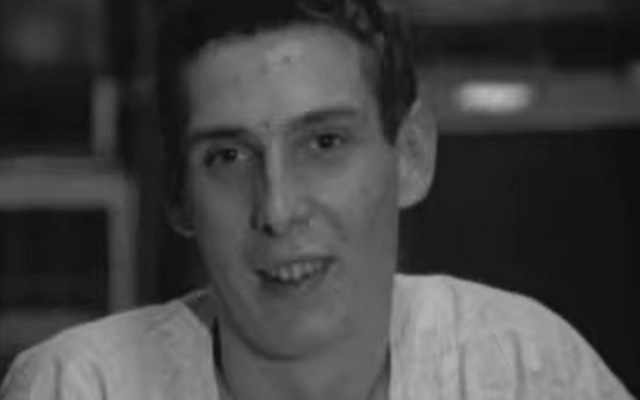 After shipping himself across the world in an airline crate in 1965, a Welsh man has been reunited with one of the Irish men who helped him.

Fifty-seven years ago, then nineteen-year-old Brian Robson from Wales was living in Australia on an assisted immigration program to work for Victorian Railways. and was severely homesick.

Leaving Australia wasn't an option because he would be breaking a two-year work contract with the Australian government. In a spur of madness, Brian convinced two Irish friends Paul and John to help him get home, by stowing Brian on a plane bound for the UK... inside a wooden crate.

They bought a crate that Brian could just barely fit inside with his knees folded up to his chest. The Irish men helped nail him in with a bottle of water, a flashlight, an empty bottle to urinate in, a small suitcase, a pillow, and a hammer to break out.

Unbelievably the plan worked and Brian made it all the way to the USA until he was found by airport staff during a layover stop.

More than five decades later, Brian, 77, has written a book about his adventure titled "The Crate Escape" which was released last year with subsequent media attention reconnecting him with one of his friends who had since returned to Ireland.

During their reunion, Brian learned that his friend never received the letters he mailed upon his return to Wales, clearing up why he never heard from his friends.

“The reason I did not get a reply to my letters is that they didn’t receive them. It was rather pleasing because at one stage I thought they didn’t want to talk to me, but that’s not true at all. Quite the opposite,” he explained.

Now the two men are searching to find the other man, believed to still be in Australia, though Brian admits, “We don’t know 100 percent where he is, to be honest. He could be anywhere.”

The friend or their relatives can contact Mr. Robson at brianpms@hotmail.com

Irish doctor says “women will die” if Roe v. Wade is overturned in the US