Welsh man Brian Robson is searching for Paul and John, two Irish men who helped nail the crate closed that he traveled inside of from Australia back to Britain in 1965. 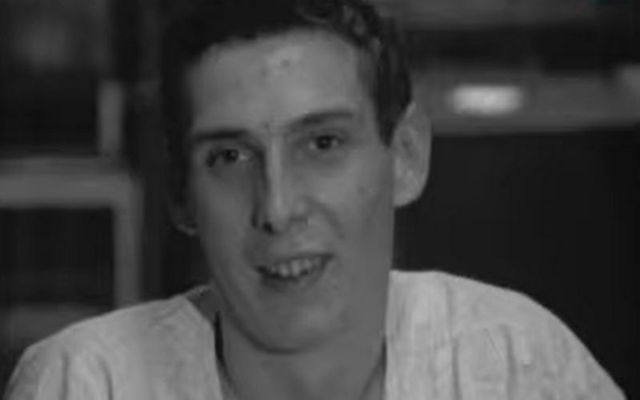 Brian Robson gained media attention in 1965 for his alternative method of traveling from Australia to Britain AP Archive, YouTube

Welsh man Brian Robson is looking for two Irish men who helped him ship himself across the world in an airline crate.

As crazy as it sounds, this really did happen to Brian Robson in 1965 and he lived to tell the tale. Now he’s written a book about his adventure, aptly named "The Crate Escape," and he’s looking to get in touch with the two men who helped him.

Robson moved from Wales to Australia at 19 years old in 1964 on an assisted immigration program to work for Victorian Railways. It seemed like an exciting opportunity, but once he got there he realized he hadn’t thought the plan through and became severely homesick.

Quitting his job and flying home wasn't an option because he would be breaking a two-year work contract with the Australian government, and it would mean he would have to pay back the money Australia spent to get him there.

Thinking outside the box - or, inside the box, in this case - Brian convinced his two Irish friends Paul and John to help him hatch a plan to get home.

They bought a wooden crate that Brian could just barely fit inside with his knees folded up to his chest. The Irish men helped nail him in with a bottle of water, a flashlight, an empty bottle to urinate in, a small suitcase, a pillow, and a hammer to break out.

They told the airline that the crate was carrying a computer being shipped back to the UK for maintenance and servicing.

Unbelievably, the plan to stow Brian on the plane worked, though, not surprisingly, it wasn't a comfortable journey.

'The crate escape' - The search for Irish men who helped airmail their friend from Australia to Wales in the 1960s: https://t.co/Zdl08uYIPS pic.twitter.com/wRbPuxFihN

In interviews since, Brian has said that he was in and out of consciousness due to lack of oxygen. Yet it was his determination to make it back to England that stopped him from breaking free.

Events took an even more dangerous turn when the shipments on board were diverted on a much slower route via Los Angeles. He was left in an aircraft hold and fearing he wasn’t going to survive the ordeal, he managed to turn on the flashlight he had brought with him.

It was then that an airport worker noticed the light coming from the crate and peered inside a hole in the side of the crate.

Brian was so exhausted and dehydrated that he didn’t move and the worker believed there was a dead body inside the wooden container. The ambulance service and police all arrived at the scene, as well as the FBI fearing it was either the body of someone kidnapped or a spy.

Instead, to their shock, when they broke open the crate they were greeted by a sore and stiff homesick Welsh man.

While recovering in hospital Brian gained widespread media attention and taking pity on him the airline company that he made his great escape on, gave him a first-class ticket home to Britain.

Now more than five decades later, Brian, 76, has written a book about his adventure titled The Crate Escape. Yet there’s one more piece needed to tie the story together, and that’s his two Irish friends that he said goodbye to in Australia.

Brian has never before spoken about them, fearing they would get in trouble for his antics and he's never been able to get in touch with them. Now with the release of the book, he hopes to reconnect and find out what happened to them after he left Australia.

Paul and John or their relatives can contact Mr. Robson at brianpms@hotmail.com