Irish grandparents set to be deported from Australia after vaccination "miscommunication"

Anne and Audie Ryan-Murphy traveled to Australia to meet their grandchildren for the first time ever, but are being forced to leave after not getting a travel exemption for being unvaccinated. 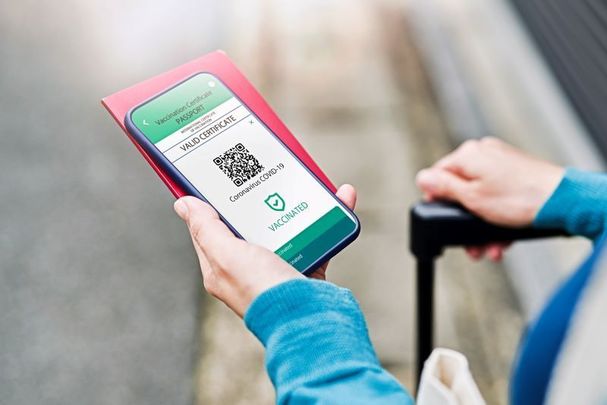 Anne and Audie Ryan-Murphy say they declared on their paperwork that they were unvaccinated before traveling from Ireland to Australia. Getty Images

Anne and Audie Ryan-Murphy, who are unvaccinated, are set to be deported from Australia after they flew from Ireland to Perth without a travel exemption.

The Irish couple traveled to Australia over the weekend to meet their 18-month-old granddaughter for the first time ever, as well as help their son Karl and his partner Leanne prepare for the birth of their second child.

However, upon arrival in Australia on Sunday night, Anne and Audie were met by border force officials, separated, and interrogated for a number of hours after it was determined that they did not have a travel exemption for being unvaccinated.

Australian Border Force told 9News Perth: “To protect the health and safety of the community, unvaccinated non-residents are not allowed into the country unless they have a valid medical exemption signed by a doctor, which they do not.”

Anne told 9News Perth: “We told on all these forms that we were non-vaxxed."

She added: “Have we slipped through the net here? Why were we allowed on [the flight]?”

Unvaccinated grandparents are facing deportation tonight - holed up in a Perth hotel after they were allowed to fly to Australia without a crucial exemption. #9News | Nightly at 6pm

As of Monday night, Anne and Audie were being held at a hotel in Perth while "hoping for a miracle" for the decision to be reconsidered on "compassionate grounds."

The couple's son Karl and his partner Leanne, who is also Irish, took to social media searching for any help or guidance on the matter.

Karl wrote that his parents booked their trip under the guidance of a travel agent back in Ireland and that they "did everything they were asked to do," including weeks' worth of paperwork and waiting on approvals.

"They were honest about their vaccine status from the very beginning of the process and believed they had done everything right," Karl said in his post. "They were and always have been willing to and expecting to hotel quarantine as outlined."

Leanne wrote in her own public social media post that her young daughter was "very excited" to meet her grandparents for the very first time, but now the excitement has turned into a "horror story."

“I’m 39 weeks pregnant with our 2nd child," Leanne wrote, "the stress of this is unbearable.

"Karl's parents were coming to Perth for 2 months to help us find our feet and navigate this new stage of life with no other family support here in Australia."

She added: “It’s absolutely heartbreaking that an honest and genuine miscommunication somewhere can result in this horrific treatment and deportation of innocent people in this day and age."

Leanne acknowledged that people likely have strong views on vaccinations, but insists this "isn't a vaccinated v unvaccinated situation.

"This is a wrongful human treatment situation and all we want is some help for my partner and daughter and daughter-in-tummy to meet their family."