When nothing rhymes, Irish music and banter, even virtually, helps

Irish woman in Paris Patricia Killeen reflects on the small pleasures helping her and the Irish community get through lockdown. 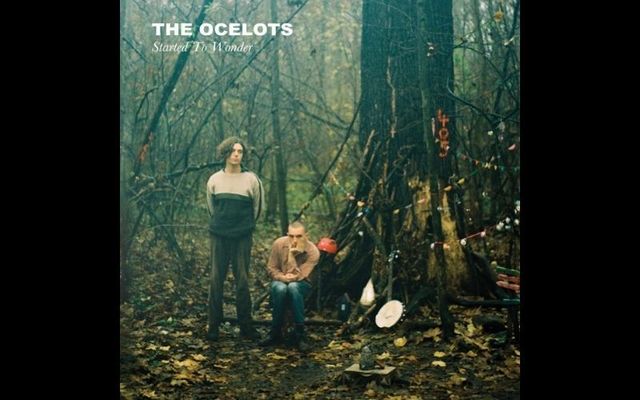 The cover of "Started to Wonder" by Irish musicians The Ocelots. The Ocelots / Paul Tobin

Parisian specialty shops are back in vogue as shopping centers of more than 20,000 square meters have been shut down under new Covid regulations. Perfume stores, small exquisite boutiques, and the gift of music make hearts sing in the “City of Light”.

Ilness, lockdowns, curfews, and more lockdowns, have many of us just hanging on by a thread. Covid, in its myriad mutations still rages. In France, we currently have a 6 pm - 6 am curfew but are staring down the barrel of a possible third national lockdown as Covid variants gain ground. We spoil each other the best we can and in Paris shopping for gifts can be a real joy.

After fashion, perfumery is the great Parisian specialty, and straying from the well-known perfume chain stores is a nasal education. Just to mention two of the best perfumers, “Molinard Perfumes," on the rive gauche at number 72 Rue Bonaparte is well worth a visit. In the south of France, you can also book a free tour of their magnificent family mansion in Grasse to discover the different steps to perfume production.

Etat Libre d’Orange is a collection of perfumes that says "To the bottles, citizens!” A rallying cry “to declare war against the too standardized, the too consensual, the insipid and the uninteresting”.

Just like back in the times of Louis XIV, perfumes still really get Parisians going.

Perfume in France was very much developed during the reign of the Sun King, Louis XIV (1638-1715). He was terrified of bathing and was reputed to have only taken three baths in his lifetime. At that time in France, it was believed that water spread disease so the less you bathed, the less vulnerable you were. (Would Louis recommend that in 2021 that we cut down on bathing?) To compensate for the lack of ablutions, Louis XIV commissioned his perfumer to create a new scent for him for each day of the week.

But apart from perfume, I also recently received an unplanned surprise gift. I had forgotten that I’d put my name in the Centre Culturel Irlandais’ raffle to be in the running to have "A Song Just for You" where the lucky winners received a special present in the shape of a one-to-one performance by an Irish artist or duo.

Nora Hickey M’Sichili, director of the Centre Culturel Irlandais, described the “Song Just for You” project as a chance for fans to “live in the moment — have a chat, then a song”.

I was one of the 30 lucky winners and rushed home from work in anticipation of ‘who’ I had won, as that was a last-minute surprise.

When “The Ocelots” duo, Brandon and Ashley Watson, twins from Wexford, Zoomed onto our screen, we couldn’t believe our luck and were delighted with such a rare gift.

“The Ocelots” were fabulous both musically and with their contagious joy of life, craic, and banter. Their first EP “Till We Get There” released in October 2017 brought them immediate fame and The Irish Times voted them “Top artists”. They released their debut album “Started To Wonder” in spring 2020,

They've created a forceful blend of rich harmonies and raw acoustic folk that they honed through their years of busking around Europe. They took off after their Leaving Certs to follow their passion, and even during secondary school, they busked and gave concerts after school. These two highly talented brothers decided young they would become professional musicians, went for it, and quickly found success.

They Zoomed into our parlor from Leipzig, a suburb of Berlin where they have hung their hats. We had 30 minutes with them and we chatted about this and that. They asked about our lives in Paris and told us of their fifth floor (no lift) great new apartment from where they have a terrific view. They also explained how they’ve become ping-pong experts during lockdown as in their area there are often ping-pong tables installed in parks. They love the German language and are thoroughly enjoying the Berliner life, despite obviously missing family and friends at home.

During our time together they sang us two songs, one of them their own artistic, poignant number “It’s the time we need to Decide” composed during lockdown. The other, Gilbert O'Sullivan’s Nothing Rhymed, I hadn’t heard it in years, but remembered every single word of the lyrics. It brought me back to Dublin in the early 1970s and yes, I shed a few tears of pure joy and nostalgia.

After the private concert, Nora Hickey M'Sichili, resplendent in a mauve beret against the backdrop of the mythical Centre Culturel Irlandais building, brought all the various people who had won a private concert together with all the artists and we had the further treat of enjoying more wonderful Irish musicians and further banter as a group.

After the Zoom, I found myself humming both the “The Ocelots” catchy “It’s the time we need to Decide” along with Gilbert O’Sullivan’s renowned song, about which he said when introducing it “this next one will never be a hit”, proving himself both right and wrong.

I was delighted to be privately serenaded by Brandon and Ashley and I’ll always remember how musically gifted, friendly, and natural they were and how delighted we were when they Zoomed into our parlor.

At a time when nothing much rhymes, music, banter, and getting together with other Irish, even on a Zoom, brings a blast of goodwill and craic.

The gift of perfume also always rhymes in Paris. With the large shopping centres shut down, many have returned to shopping for gifts in the specialty stores that pulse at the very heart of Paris. These shops suffered so much during the two French lockdowns that it is so lovely to see their pretty premises open, bustling, and to get a waft of original sent when someone exits with their pretty, gift bag.