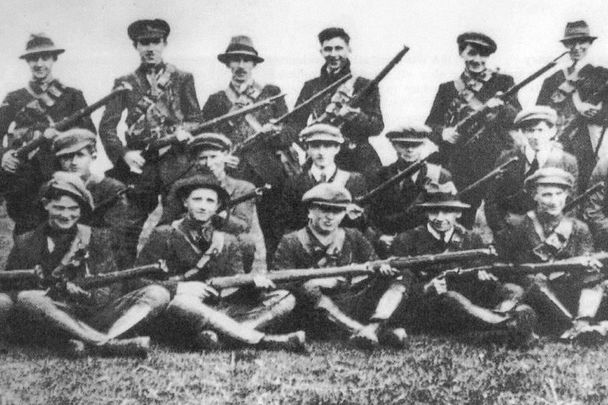 In concert with Ireland’s “Decade of Centenaries from 1912 to 1922,” the Irish American Cultural Institute-Jersey Shore (IACI-JS) is sponsoring a series of monthly online presentations via Zoom focused on the centenary theme “Ireland: Remembering 1921.”

The series is held on the second Monday of the month at 7:00 pm. Historians and subject matter experts will discuss events that occurred in Ireland in 1921, a pivotal year in Ireland’s history.

The next program on May 10, entitled “Memories of Our Fathers in the Irish War of Independence,” will be presented by individuals with significant family ties to Ireland’s struggle for independence.

Unlike previous conflicts for Irish freedom, the Irish War of Independence was a guerrilla war fought between the Irish Republican Army (IRA) and British Crown Forces from 1919 to 1921. The notorious "Black and Tans" were authorized by the British Government to carry out reprisal attacks on civilians for supporting Irish nationalists. The IRA responded with their "Flying Columns" campaign—small, independent units capable of rapid mobility who secured weapons and ammunition from military installations and were a vital source of tactical intelligence.

Three men, all from Country Mayo, were IRA leaders in this war of resistance—Ernie O’Malley born in Castlebar, George Bell born in Holymount, and Martin O’Malley born in Belderrig. The stories of these brave individuals will be shared by three of their children, Cormac O’Malley, Peggie O’Brien, & Mícheál Ó Máille, respectively. They will recount the remarkable legacies of their Irish rebel fathers who fought for Ireland’s freedom. This was the last conflict in the seven-hundred-year domination of Ireland by Great Britain, culminating with the signing of the Anglo-Irish Treaty which ended British colonialism in Ireland and resulted in the creation of the Irish Free State, the precursor to modern Ireland.

Dr. Peter Halas, Chairman of the IACI, said, “Chances to hear about direct experiences of the men and women who participated in Irish history are quickly disappearing.

"This is a unique opportunity to get insights into actual events of 1921 that were shared first-hand with children at their father’s knee. The work that Cormac, Peggie and Mícheál are doing to share and commemorate their fathers’ stories is vital to the preservation of Irish heritage.”

Tickets to the online May event are free for members of IACI. A limited number of tickets are available to non-member guests for $10 (+fee) are available online here. Participants will be emailed a Zoom link once they have completed registration.

In this continuing series, the June, July, September and October monthly online programs will be live-streamed from Ireland and presented by well-known Irish historians. For more information, visit the IACI-JS Facebook page. For questions, contact the chapter’s email at irishacijs@gmail.com.