Contributor Chris Webster shares a memorable interaction in a gloomy Cork City pub many years ago. 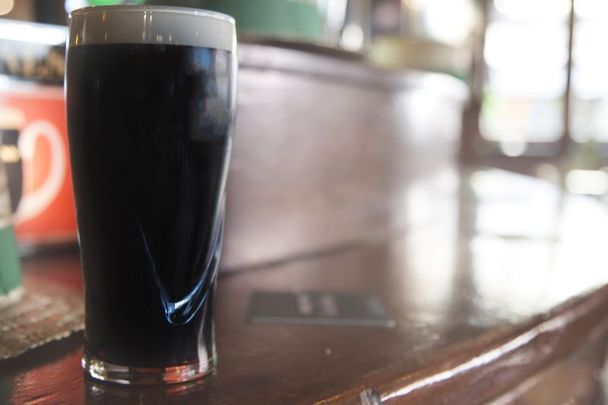 Was this Cork City pub and the pint of McFee's just a daydream? George Hodan / CC0 Public Domain

I was in Cork City on a business visit sometime around the mid-1950s. My visit was only to last for two days so I wanted to see as much as I could in the time allowed.

Going from the main road down Brian Boru Street toward the harbour, the first little street on the right was little more than an alley. The third building into this street housed a little pub. The biggest beer name written on the window of this little pub was "McFees Stout."

Now as a lad born and bred in Liverpool, England, I had never heard of McFees. Guinness was my tipple of choice so, my curiosity piqued, I entered this small hostelry.

My first impression was that it was very gloomy. Not gloomy as in sad, but gloomy as in low light. I was then surprised as to how small the bar was. Definitely a bar for locals.

The elderly white-haired lady behind the bar greeted me warmly and I asked for a pint of McFees, please. Now this is where I thought the fight would start.

The lady looked at me in horror and asked me what a good Dublin man would be doing with a pint of McFees. I told her that I was in fact not from Dublin but was from Liverpool and that I just wanted to try the McFees as I had heard of it.

"No", says I, "I really am from Liverpool and I am here on business".

Well, the lady pulled me a pint as I had requested, all the time mumbling to herself.

She watched me closely as I drank my beer and then she completely threw me with her next question.

"How is the war going up North?" she asked, referring obviously to the Troubles in Northern Ireland.

I explained that all I knew was what I read or heard in the media. I honestly did not know how to take her question. Here was a lady, living in admittedly, the far south of the country but all she knew of the "Troubles" was that there was a war going on in the North.

My travels later that week took me into Belfast and I experienced first hand why this dear lady referred to as a war. God bless that lady for her naivety and I hope she was able to live out the rest of her sheltered life in total ignorance of what was going on "up North."

Before I was allowed to leave the pub I had to have a pint of Guinness to 'see me on my way'. I was in this little pub for maybe 45 minutes to an hour, but nobody else came in.

I have, sometimes over the years wondered if I had been in that pub or had I merely had daydream because try as I might, I have never found any trace of that little pub in Cork City on the Internet.