Love Letters to Ireland: I heard you calling every St. Patrick's Day

"Thank you for years of calling and haunting me...you remain forever in my heart, soul, and spirit. I love you!" 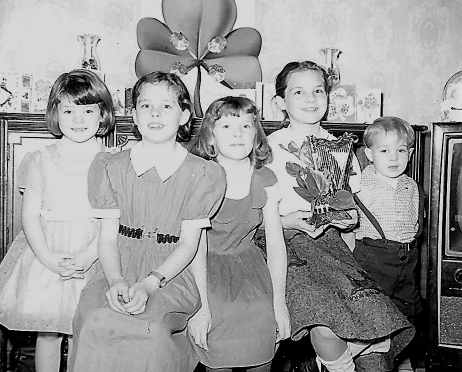 Kate (second from left) and her four siblings celebrating their Irish Ancestry on a St. Patrick’s Day long ago. Kate Lancor

Dear Ireland, From a tiny, wee, girl, I heard you calling to me every St. Patrick’s Day, when my Dad would take us out back in the garden to plant the peas, below at least six inches of snow.

I was born and lived in the Irish bastion of Albany, New York. That part of town, “The North End”, was so Irish, the city actually installed a sign reading: “Entering Limerick”.

I grew up listening to a wide variety of Irish and Scottish brogues. We were descendants of the great Regan, Harney, Waters, Fitzpatrick, McDermott, and McGuirk clans. I wasn’t sure if they immigrated to the United States during or right after the famine years in the 1800s, but their Irish traditions were passed down through the generations in our family. Perhaps it was the Irish Ancestors calling to me?

The great-grandparents, grandparents, great aunts, and uncles who came from Ireland, in our neighborhood, spoke little of the land they left. My mother would say, “Well, many people were poor and life was very hard back then.” But still Ireland, you called to me.

I loved my neighborhood! There was much laughter, a strong sense of pride and faith. Neighbors looked out for each other and were always there for each other. I proudly marched in the St. Patrick’s Day parade as a Girl Scout for a number of years. All of North Albany turned out to watch the parades, singing the Irish tunes, waving to our neighbors who were marching, and whistling to the men who were wearing the kilts…St. Patrick’s Day was much celebrated in my family. 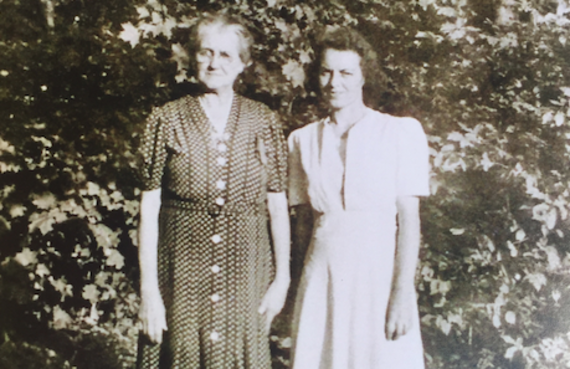 Kate’s grandmother Nora Regan (left) and Kate’s mother Mary Fitzpatrick. Both of Nora’s parents were born in Ireland and emigrated to Albany, New York in the mid-1800s.

Ireland, I heard you call to me as I grew older…as a young Mom, St. Patrick’s Day remained just one step behind Christmas as far as celebrating went. Everyone in the family came back to our parent’s house for Irish Soda Bread (Mom’s family recipe), a traditional Irish meal, and loads of storytelling, laughter, and catching up with each other. It was our annual “Family Day! The day was filled with good Spirit and love…and Ireland, you called to me. Someday I will go to Ireland!

But, I had a severe fear of flying! Over the years I watched my parents head off to Ireland and fall in love with the people, the land, and the Spirit that surrounds it. My aunt and uncle headed over and didn’t want to come back…their hearts were lost in Ireland. My older sister took my mother to Ireland…they wanted to stay longer. My other sisters, brothers-in-laws, my brother...all went and enjoyed Ireland’s people and hospitality. And, with each of their trips, I wondered if they had all received the call from Ireland as I did. My heart longed to go, but fear kept me immobilized. 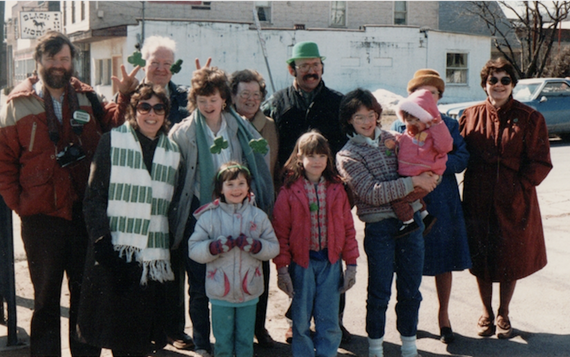 The "Fitzpatrick and Jones Clan” gathered together to take in a North Albany, New York St. Patrick’s Day Parade.

When I was dating my husband, he told me he wanted to take me to Ireland. I shared that I was afraid of flying. So, we began with shorter flights throughout the United States, each one going farther and farther until that amazing day when Mike said he was taking me to Ireland. The tears filled my eyes, then ran down my face because I realized Ireland, you were calling Mike, too!

By the end of our first week in Ireland, we HAD fallen in love with you. It felt to both of us that a huge part of us belonged there. I couldn’t believe how relaxed we felt. I had listened to brogues my entire childhood and suddenly, I was translating for my husband…I was home in Spirit! In fact, a priest asked me, “How long have you lived in the States lass?” I felt whole. 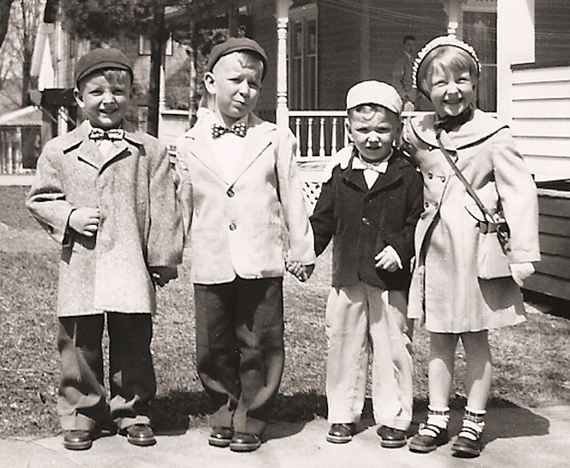 Mike (second from left), his brother and cousins on an Easter Sunday in Northern New York.  Notice the Irish caps on the boys!

Mike and I are genealogists and over the course of many trips to Ireland, we have found and visited the homelands of OUR Ancestors! It’s extremely emotional! It has been enlightening to educate ourselves in Irish history and culture…from ancient times to the present! I came to see that the Irish are strong, brilliant, courageous, adventurous, curious, thoughtful, friendly, and a proud people.

Dear Ireland, thank you for years of calling and haunting me...you remain forever in my heart, soul, and spirit. I love you!

*Kate and Mike Lancor live in Moultonborough, New Hampshire, and have traveled to Ireland numerous times. They can be reached on their website www.oldfriendsgenealogy.com or by emailing oldfriendsgenealogy@gmail.com. You can also visit their Old Friends Genealogy Facebook page.