IrishCentral Contributor Patricia Killeen reflects on the closure of the Lido cabaret in Paris, where Irish woman Margaret Kelly served as ballet mistress and choreographer for more than 30 years. 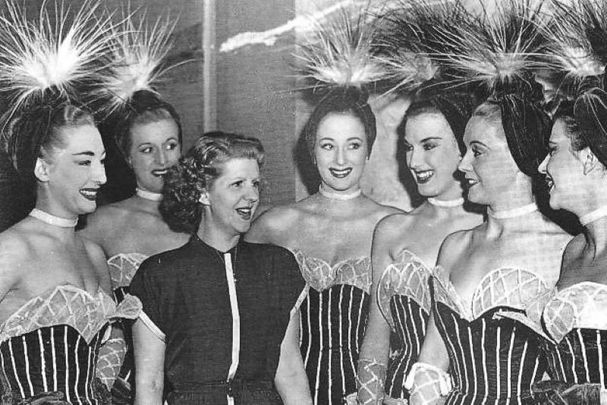 Just nights before the Lido cabaret’s final performance on Saturday 30th July, I stumbled out on the Champs Elysées, with the rest of the star-struck audience, confused as to why the “magic” of the Lido had to end.

Visionary Irishwoman Margaret Kelly (aka Miss Bluebell, 1910-2004) served as ballet mistress and choreographer at the Lido for over three decades. Her talent, rigor, and feistiness ensured her Bluebells and Kelly Boys (FKA Lido Boys) were the best cabaret dance troupe in the world. The renowned troupe was also the inspiration for a Las Vegas Lido franchise. 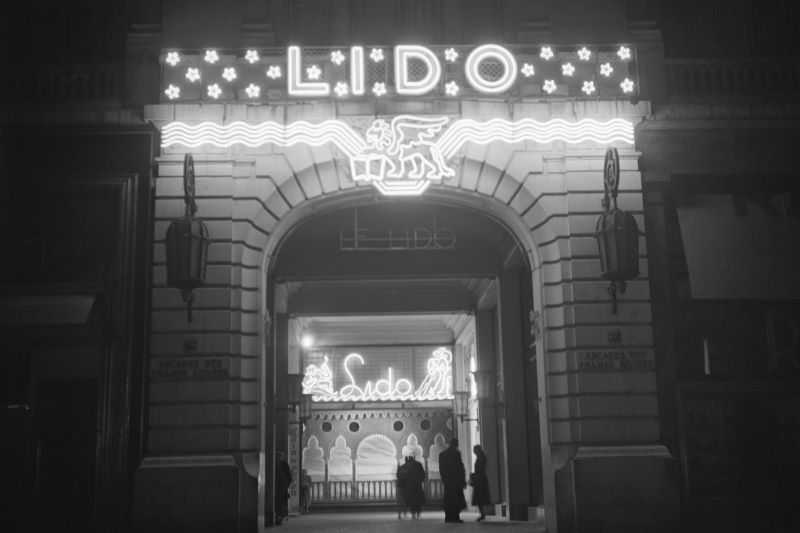 November 1, 1948: Exterior of the Lido nightclub on a foggy street at night in Paris, France. (Getty Images)

Today’s troupe, as true artists, did Miss Bluebell right proud up to their final performance, with heads and high kicks high until they brought the house down one last time.

The iconic cabaret and venue was purchased by the Accor hotel group in December 2021. Despite their initial promises to keep the cabaret running, in May 2022, they announced a new plan to replace the institution of Parisian nightlife with a concert hall. Their decision fell like an axe banishing dreams, feathers, and the French cabaret genre from the Champs Elysées.

Paris’s cabaret scene rose to prominence in the late 19th century and the Lido, which opened in 1946, is in keeping with the traditions of the genre but has also introduced a fresh angle to the style. However, the genre that was once the toast of the town, hasn’t always played to a full house in recent years, despite coming in line with the times by excluding exotic animal shows and introducing a spectacular, on-the-pulse version of the traditional French Cancan.

Many French people and tourists alike deplore the “cultural hole” that the Lido's closure leaves on the once-glamorous avenue. Almost 200 Lido employees, including all the dancers, are to be laid off.

The final Lido revue Paris Merveilles, (produced and directed by Franco Dragone, with Ballet Mistress Jane Sansby, in Margaret Kelly’s shoes, assisted by Jérémy Bauchet) initially staged in 2015 is perfection in its storyline, extravagant theatricality, step and cadence perfect dancing, costumes, stage sets, and of course choreography (by Benoit Swan Pouffer). Nostalgic, exquisite projections of Paris’s mythical landmarks open the show. Along with the dazzling dancers and an acrobatic performance, the revue features an exceptional singer and a mime artist as red garbed, central characters, reappearing throughout the show.

In 2021, a new scene was added, a retrospective of the Lido's greatest shows to celebrate their 75th anniversary. It eerily foreshadowed the cabaret itself becoming part of Parisian history.

The #116 Champs Elysées venue is spectacular. Entering the Lido with the other well-dressed showgoers has all the excitement of a “glam night-out”. The entry hall was decked out in lights and Lido blue, leading towards the luscious, crystal-laden, panoramic theatre that seated over 1,100. Show-goers chose between different priced formulas, just the show or with drinks and/or dinner added, for the two nightly performances.

The balletic training of the dancers is evident throughout the show, and in particular in the “Swan Lake” style scene where female dancers wear fake swans on their heads and dance “en pointe." I noticed, that despite criticism of the Parisian cabaret genre as objectifying women’s bodies, I found myself looking at bold, empowered female dancers. Certain bare-breasted, (not all Lido female dancers dance topless) and powerfully waving the tricolor flag in a feisty revolution scene. The entire show is a celebration of dance and consequently of the exceptionally tall dancers’, both male and female, physiques. Surely that is still allowed, or are we heading towards a Parisian Taliban track?

I personally believe the show can’t go on because it was inefficiently marketed over the past 15 years by former owners Sodexo, and in a post-pandemic further weakened position, was easy prey in a tricky acquisition deal. Accor’s other argument, that the show was outmoded and didn’t “attract the public anymore” was unfounded when I attended the show this week. I witnessed a full house, an intergenerational audience, with a large number of people in their 20s and 30s.

What further confirmed my faith in the Lido was as I exited the show, with tears in my eyes, remembering all the wonderful evenings I spent there with family, friends, and co-workers, I stumbled into dapper 20-year-old Isaac Shaw, on his knees proposing to his 19-year-old girlfriend, Sydney Sarver. Sydney has the physique of a Bluebell and was dressed in Lido blue. 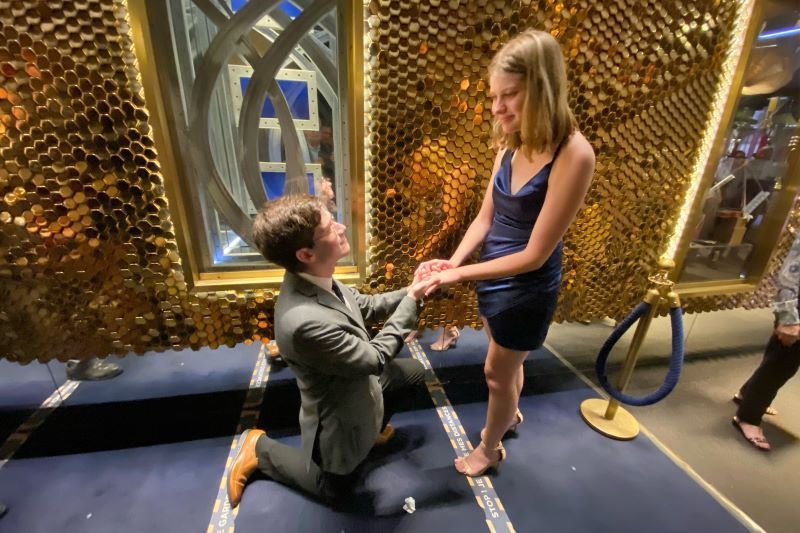 Isaac Shaw proposes to Sydney Sarver in the lobby of the Lido. (Patricia Killeen)

Isaac later confided that the reason he chose to propose at the Lido was because it was the perfect end to a fun packed cultural day, and they were so happy to be in such a unique, Parisian venue. With the ring at the ready, he knew he was going to propose to Sydney at some point during their eight-day French vacation, but the Lido turned out to be the perfect place to turn dreams into reality.

Isaac and Sydney hail from Carbondale in southern Illinois. Sydney is a biomedical engineering undergraduate and Isaac is in his senior year of political science and classical studies. Isaac’s maternal great-grandmother was full Irish; perhaps his DNA includes some romantic Irish genes.

Sometime after Sydney said a delighted yes, the young couple found out and were gutted to hear that the Lido was to shut. Isaac said, “We were hoping to come back to celebrate anniversaries.”

However, if they do return, they will no longer find a prestigious cabaret. From September 2022, the venue will host musical comedies. And might this whole comedy of errors wind up with a new Accor hotel, eventually replacing Miss Bluebell’s legacy, at #116 Champs Elysées?