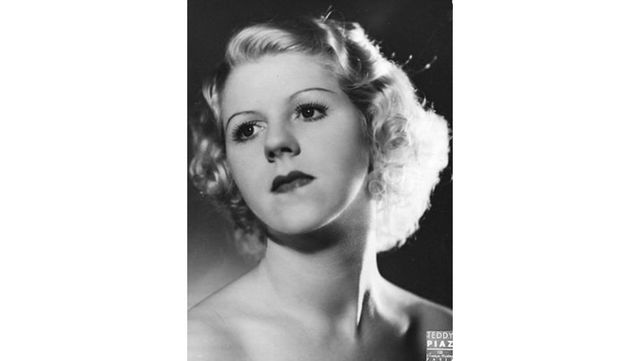 Margaret Kelly, aka 'Miss Bluebell" - the most famous showgirl of all time.

Sean Byrne, the Irish haute couture fashion designer, has created the 2021 “Lisdoonvarna Dress” while honoring Margaret Kelly, an Irish woman and the most famous showgirl of all time.

Darwin said, “It is not the strongest of the species that survives, nor the most intelligent, it is the one that is the most adaptable to change.” When it comes to adaptability, it seems the Irish are ahead and it may be due to our weather!

The Irish diaspora is making it to the top in so many domains. When I asked, an Irish psychologist based in Paris why the Irish stand out, she said growing up coping with the changeable Irish weather, where one learned from a young age how to grab fleeting rays of sunshine among scattered showers was great training. In one single day at home, we have often had to adapt to rain, wind, hail, drizzle, and sunshine between the clouds. She feels nationalities who had been handed a more reliable weather backdrop, were not always as prepared to seize the day, as the Irish were!

Outside of wartime, no other recent period in history has demanded that people be at their most adaptable than these strange Covid times.

Irish award-winning fashion designer Sean Byrne has always adapted to the next rung on the haute couture ladder. After finishing his studies at the Grafton Academy in 2010, he moved to London to work in the fashion industry. He returned to Dublin in 2012 and opened his studio on Drury Street. During that time, he used made-to-measure techniques for his private clientele and also created prêt à porter that was stocked in Dublin’s prestigious “Brown Thomas” department store. He dressed many stars of the Irish stage and screen for events including the Oscars. He has also dressed Ireland's First Lady of Ireland Sabina Higgins for official engagements.

However, even though he had “made it” at home, Paris the heart of fashion beckoned and in 2019 he embarked on a Masters at the “École de la Chambre Syndicale de la Couture Parisienne”, (the ECSCP). He is the only Irish person to have ever been accepted to this prestigious school where both Yves Saint Laurent and Karl Lagerfeld studied.

With a first-class honors Masters from the ECSCP in his pocket, the next logical step would have been to enter one of Paris’s major fashion houses; Chanel, Louis Vuitton, Givenchy, Balmain, Christian Louboutin, Pierre Cardin, Yves Saint Laurent, Christian Dior, Jean-Paul Gaultier, Hermès etc. However, the luxurious doors of haute couture have been sewn shut by Covid restrictions.

Sean is not one to let the grass-grown under his feet. He was selected to design the 2021 “Lisdoonvarna Dress” and is thoroughly enjoying the project. The dress will be unveiled at the annual “Lisdoonvarna-Paris, Franco-Irish ball” in Paris.

As well as celebrating how both the Irish and French love to congregate in their respective mythical ballrooms, the dress will pay homage to Irish woman Margaret Kelly (1910-2004) aka ‘Miss Bluebell’ because of her startling blue eyes. This year is the ‘111’ anniversary of her birth.

Kelly was born in Ireland, later moved to the UK, traveled to Paris in the 1930s, and worked as a dancer at the Folies Bergère before founding her own troupe “The Bluebell Girls” and choreographing a whole new style of show for the famous Parisian cabarets. Her “Bluebell Girls” are still a fixture at the legendary “Lido” today.

Feisty Bluebell managed to survive sequestration while pregnant in the British Women’s internment camp in France during WWII. She held a British passport at the time, but the Irish Embassy in Paris fought to have her Irish nationality and neutrality recognized and got her released from the Besançon camp.

She hid her husband Marcel Leibovici, a Jewish orchestra director, in an attic during the occupation, and kept his whereabouts secret despite being interrogated by the Gestapo. She drank champagne and smoked a pack of cigarettes every day for most of her 94 years! Along with her amazing ability to adapt to the most difficult of situations, her love of life, of people, of dancing, and ‘le Bal’ (big dances where the French still love to congregate) might also have attributed to her longevity.

Sean’s spectacular dress will incorporate romance and Kelly-style elegance. It is mostly created in renaissance white, (yes ladies, it could be recycled for a “big day” if necessary). Its curved peplum literally kisses the female figure. There will be a touch of elegant black on the dress, as a reminder of the dark times Margaret Kelly overcame, and in remembrance of the Pandemic. In memory of Kelly’s birthdate, Byrne will dissimulate the number “111” in his creation; the number also reminisces on the tattoo on her husband’s arm, and the tattoo she herself would have borne, if Irish diplomat, Count Gerald Edward O’Kelly (1890–1968) hadn’t managed to grant her an Irish passport and freedom.

At the “Lisdoonvarna-Paris, Franco-Irish ball” the dress will be accessorized with Paris “show girl” accessories in memory of “Miss Bluebell” and will be modeled by a showgirl, another adaptable Irish person, who has made it on the Parisian stage. It will also be modeled in the mythical “Spa Wells” Lisdoonvarna ballroom and in the wilderness of the Burren, County Clare.

In Paris, our beloved terraces are expected to re-open in mid-May. We are so ready to adapt back to some kind of normal social life. The annual ball this year will be so welcome when we’ll unfurl beautiful frocks and congregate to dance and romance. The ambiance at the post-Covid restrictions “Lisdoonvarna-Paris, Franco-Irish ball” in Paris will be akin to when after WWII Parisians donned their dancing shoes, kicked up their heels, and danced in the streets of Paris.