Randox, which has a site in An Clochán Liath in the Donegal Gaeltacht, told staff that "English must be spoken at all times in the workplace". 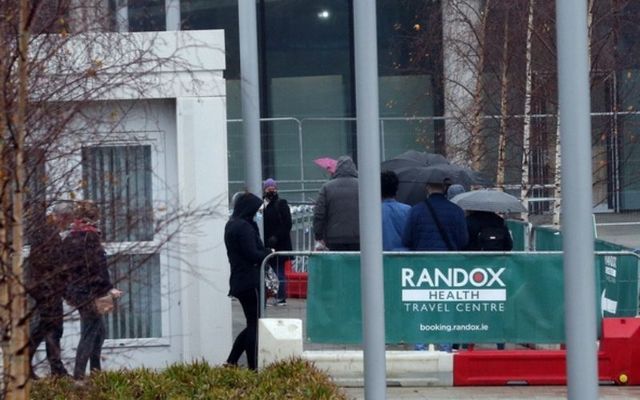 Randox Teoranta, a healthcare manufacturing plant based in the Donegal Gaeltacht, has apologized to staff after they were sent an internal memo instructing them not to speak Irish at work.

Staff at the Randox Teoranta plant in An Clochán Liath in the Gaeltacht area of Donegal were told in a memo that "English must be spoken at all times in the workplace".

"Failing to do so is unacceptable," the memo said, a picture of which was circulated on Twitter.

The memo instructed staff to speak in English only so as not to exclude staff who couldn't speak a "different language".

"You must be mindful that work colleagues can feel isolated and excluded if you are speaking a different language around them," the company said in the memo.

"English must be spoken at all times in the workplace, whether you are discussing work or having a casual conversation with a fellow staff member."

The company, which received funding from the Government's Irish language body Údarás na Gaeltachta to build the plant in 2008, said that the internal memo was "sent in error" and has now been withdrawn and that it remains committed to the West Donegal community.

The company said that the memo was withdrawn as soon as the error was realized.

"Randox Teoranta remain fully engaged and committed to the community of An Clochán Liath and west Donegal in general.

"We work in close partnership with Údarás na Gaeltachta and are fully committed to all aspects of the Irish language and culture in our workplace and in the wider community."

“The communication was immediately withdrawn when realised.”

The statement added: “In general, grant support from Udaras na Gaeltachta is conditional on client companies agreeing and implementing a company language plan that would include action items for the company to undertake including but not limited to signage, website content, language use, and promotion of the language.”

Headquartered in Co Antrim in Northern Ireland, Randox operates in 145 countries and is one of the leading manufacturers of COVID-19 rapid testing kits in Ireland and Britain.