From J.D. Vance’s Hillbilly Elegy to JFK - Irish Americans in general were loyal Democrats for a century. What happened? 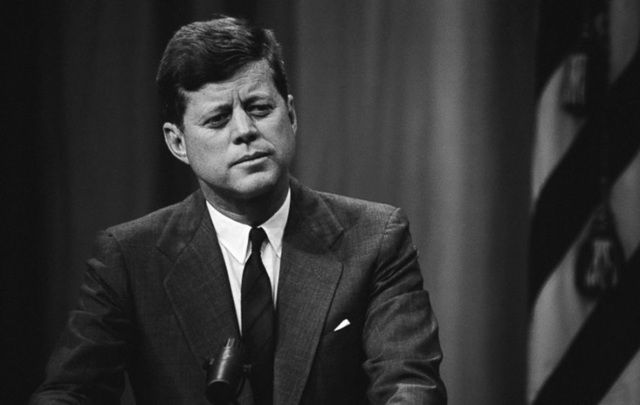 For nearly a year now, J.D. Vance’s book Hillbilly Elegy has been at the top of The New York Times best-seller lists.  The book explores the world of the so-called “white working class” -- the rural Americans, often besieged by poverty and dysfunction, whose Republican leanings have baffled and fascinated political types.

Well, with the passing last week of what would have been John F. Kennedy’s 100th birthday, perhaps it is a fitting time for an “Irish American elegy.”  Just as JFK represents an iconic kind of liberal, Irish Americans in general were loyal Democrats for a century.

But something changed.  What happened?

Much has been made of Donald Trump winning 60 percent of the Irish and other white Catholic vote back in 2016.  But the Irish flight from the Democratic party actually started much earlier.

Thomas Mallon, for example, grew up in a heavily Irish Long Island neighborhood.  Across the country, there was some excitement, and lots of fear, about a Roman Catholic in the White House.

But as Mallon recently noted in The New Yorker, “John F. Kennedy’s Catholicism cut little ice with many of the Irish ex-New Dealers who lived on our street. Their liking of Ike proved to be more than a fling, and by 1960 they were beginning to feel permanently at home in the Republican party.”

Other Catholic ethnics soon followed, and as early as 1972, less than a decade after JFK was killed, Richard Nixon and the Republicans were targeting the Irish and other Catholics as part of their infamous “silent majority” strategy.  And it worked.

In his latest book, Richard Nixon’s War, famed right-winger Pat Buchanan even has a chapter entitled “Converting the Catholics.”

Each Irish American, of course, ultimately has to vote their own conscience.  But it is a terrible shame that Irish American blowhards like Buchanan -- or Sean Hannity or Steve Bannon -- ignore the history and struggle of Irish Catholics in America, as they gleefully bash today’s immigrants.

So many Irish Americans are in desperate need of a history lesson, a reminder that their grandparents’ lives were more Gangs of New York than Quiet Man.

But conservatives are not the only ones to blame here.  Liberals, who love giving a preachy history lesson, generally exclude Irish Catholics.

Consider a recent 5,000-word analysis from New York magazine about immigrants and the urban rural-divide in Trump’s America.  This divide defined the Catholic American experience for decades, fueling riots, spams of bigotry and, by the 1920s, culminated in a resurgent Ku Klux Klan, the disastrous prohibition of alcohol (and the organized crime that followed), and anti-immigrant legislation erecting the first big, beautiful wall in American history.

New York magazine mentioned none of this.

Throughout the 20th century, the Irish and other ethnic Catholics were pro-union and largely working class, while prominent activists such as Dorothy Day and her Catholic Worker movement were reflective of a broad, deep tradition of social justice in the church. Yet progressives were unable to build a durable, long-term coalition with Catholics.

One reason -- there are many -- is because they were often content linking the church to fanaticism, if not outright fascism.

And so it goes.  Then again, it is not too late.  A new generation of Irish Americans may well reflect on their ancestors’ experiences and decide to resist the malarkey shoveled by the angriest voices out there.

That doesn’t mean the Irish should all become liberals or conservatives, because the fascinating thing about the Irish experience in America is how often they have managed to blend the two.

What it does mean is understanding that the Irish were once, for a very long time, the people the angriest voices shouted at.  Who were told they could never assimilate.  Who were told they were in America only for the “government handouts,” which the Irish pretty much invented, through political machines like Tammany Hall.

So maybe it is not a time to be pessimistic.  After all, it was JFK himself who once said, “The American, by nature, is optimistic.”