A wayward son’s return home to his family’s farm, and how he found a new beginning in an age-old world. 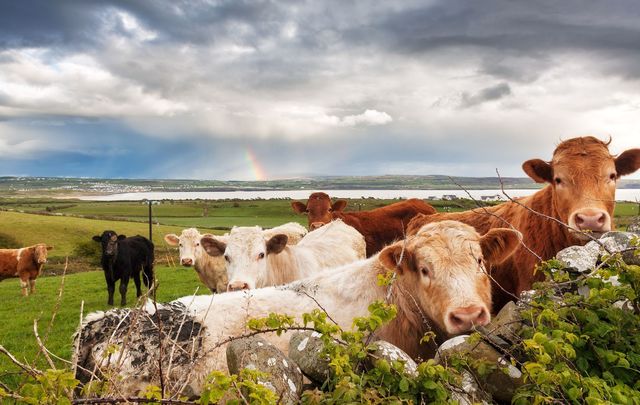 "The Farmer's Son:" Irish man John Connell returns home to farm; finding life again in the beauty of nature, in the magic of Ireland, and in the peace of minding the farm animals.

I rise early each morning to go to work but my work is not that of the office or commute it is one of the ancients of the sean-nós (old way) for I am a farmer. It is spring and while the days are getting longer, my work is not, for all our animals are inside now birthing, living, eating and some, though battle as I might; dying.

I was born a farmer’s son and have known these fields and yards all my life but I, like many rural people, left them years ago in search of the urban and civilized world, as I so thought it then to be. In cities, those farms of men, I found my calling as a journalist but it was in returning to the earth years later that I found my vocation as a writer and farmer.

The city, it seems to me now at this distance, takes from the occupier. It is a thief of time, money and youth. It gives opportunity and employment and at times food for the head but it is in nature that we must come for the nourishment of the soul.

The cows low as I turn the handle on the yard gate, waiting for me to bring the meal and silage. The birds call songs from the ditch and fill the air with a musicality that lets me know I am alive.  I pause and think of the beannacht (blessing) of this way of life, to be so surrounded by nature. I have been home now for three years in my native Longford and in that time have brought new life to this world and reconnected with that elemental force that connects us all.

Read more: How a Boston businessman quit the rat race and bought a farm in Ireland

There are three sheds in the yard, each built at different times as the farm grew. Once our old accountant tried to get my parents to invest in apartments in a tourist town but they refused. The land is what we know, they said. It sustains us, enriches us, the land is our living and we know no other way. Birchview is the name of this place. It is my home.

I fill the meal for the cattle and sheep and begin my chores. The cows crowd by the feeding barriers and greedily eat their ration. Young calves take the opportunity to suckle mothers and a general calm begins to descend on the hungry creatures. On the frosty mornings, I see their breath foam and roll out to the open air.

In the sheep shed now the lambs and their mothers call out to me. We keep a radio on with them for my father once heard that it calms them. As I turn to refresh their hay, the music of the Gloaming fills the shed and Martin Hayes’s violin reverberates around the metal and wood searching as if for the note of nature. The lambs buck and play in their fresh straw and it looks as if they too are dancing.

It is at times like this that I often thought that it is rural Ireland that is the wellspring of our creativity, as a nation for Hayes’s violin was not made for some recital hall but the humble homes such as mine. In this same sheep shed of late nights, I have heard too the poetry of Heaney and the siren-like voice of Edna O’ Brien. I have thought that in that small act I am united with them, for they were all the sons and daughters of the land. They too knew the intimate beauty of this world in which I work.

Read more: Meet the Irish writer who rowed down the Nile and explored the world of the blind

The world of Irish writer John McGahern is not so different from mine. Indeed we used to meet him in the mart years ago and talk not of books but cattle. At times I regret that I had not the courage to speak openly to him then of my wish to be a writer but I was but a boy and shy.

I feed the weanling cattle next. They are growing big and strong. They are fine beasts but I cannot grow too close to them for they are our payment to the bank for our land across the road. They are our offering to the office men in Dublin and I hope that when the time comes we shall fetch a good price for them. There is one heifer that could be a great cow. If I have the money when the time comes, I shall buy her from my parents and bring her to the breeding stock.

At midday, I hear the Angelus bells ring out from the parish church, tolling across the fields.  I stop most days and take a moment to reflect.  Faith is something that has come back into my life but it is of an older kind - it is Christian Celtic Spirituality. In it, I see the face or hand of God in the natural world around me. I know that religion is not a popular thing in this modern world and yet along with farming, they are the things that brought me back to the joy of the world.

Perhaps Birchview our farm is my Walden, I sometimes think. I have felt this in the last three years, for I feel now that I have finally begun to live.

The thought came to me quite unexpectedly when I was swimming in the local lake. I was a kilometer or more in and breaching for air, and I knew at that moment that I was comfortable in my own skin. That after all my years as an immigrant in Australia and Canada, that the journey inward was the most important of all. 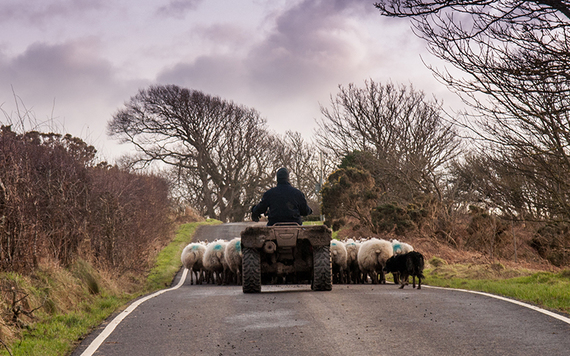 I feared then that this notion would be a fleeting state and yet, since then, that knowledge has only increased, the pelt of peace has only thickened. I feel it best as I run through the forest or cycle down country roads, as I bring a calf or lamb into this world in the middle of the night.

It is at these times that I feel I am experiencing the sublime, the sacred, the marrow. Perhaps I feel that I only began to live three years ago for then I feared I was to die. For I have known the dark night of the soul and it was not the doctor nor medicine that cured the uaigneas (loneliness) that plagued me but the comfort of this tír (country), this place.

As a younger man, I worked with the Aboriginal people of Australia and it was with them that I came to understand the power of the land of birth. That it was this place that was my nation and this place that cured me.

After the feeding, the byres must be cleaned and bedded. I grape and pull the soiled straw and place it on the tractor's bucket. It shall bring new grass in the spring that comes.

I am a man of ritual and routine but I am not alone in this act for there are thousands, tens of thousands, of family farms such as ours, spread throughout this island. There are generations working together, carrying on the old practices and feeding the world, each a mini-republic in itself.

Without our neighbors we are finished. Without our farms, we are but oarless souls. We call on each other to hear what joys and sorrows have occurred in this calving season. We unite at times of tragedy and at times of joy.

As I pull the fresh straw from the loft, I think of the man that made it and how he is no longer here. The last deeds of our neighbor Richard bring comfort to my newly calved cows and a smile on my face. 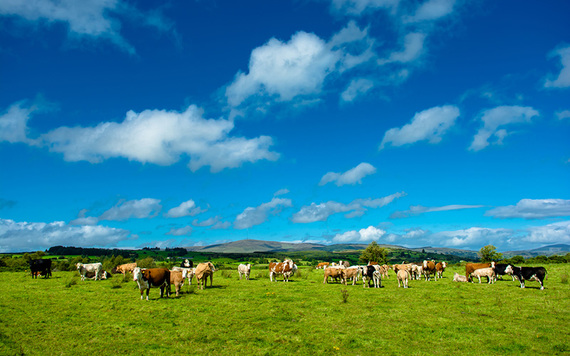 Coming home has been the decision of a lifetime, working with these animals has been a life choice which I do not regret. It is hard work but it is an honest living. It is what has made me a writer and made me celebrate the bounty of the ordinary.

I am both a farmer and a writer. Many years ago I thought both could not co-exist but I see now that this work has informed me, prepared me for the life of the pen. I write between the births and haymaking. Ideas come to me now on the tractor or out fixing fencing posts. They are passages that feel to me more real than any other I have ever penned before for they are the story of my, of our life in this place.

I feel lucky that I can do both these jobs - the physical and the mental - and see how they feed into each other. A calf grows like a book, day by day, line by line. Some thrive and others fade.

And after the dog days and the rediscovery of my natural inheritance I am no longer content merely to be alive – no, not when there is living to be had and it is all of it in this place, my Walden of the fields, the place of my baile agus beatha (home and life).

"The Farmer's Son" by John Connell.

John Connell's work has been published in Granta's New Irish Writing issue. He lives on his family farm, Birchview, in County Longford. On May 7, his book "The Farmer's Son" will be published in the US. The book will be launched at the American Irish Historical Society in New York on May 9 by prized Irish poet Paul Muldoon. You can find information on the launch here and order the book here.