On this day: John Barry, the Irish 'father of the American Navy' dies in 1803

The greatly unknown and fantastic story of John Barry, the young boy from Wexford who became the stuff of legends. 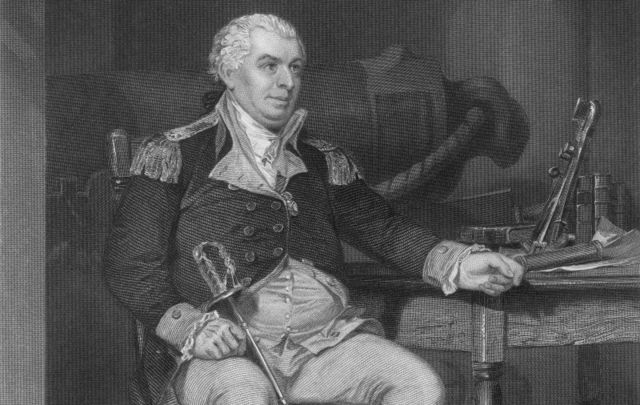 Commodore John Barry: the greatly unknown and fantastic story of the young boy from Wexford who became stuff of legends. Getty Images

John Barry, a native of Co Wexford, went on to be remembered as "the father of the American Navy." The Irishman died on September 13, 1803.

John Barry, Irishman and "father of the American Navy," has recently gleaned some well-deserved recognition, including the decision by the United States Naval Academy to erect a memorial to Barry, thanks to the efforts of members of the local branch of the Ancient Order of Hibernians and newly published biographies. I'd love to imagine that Barry will also receive some national attention in Ireland, where he is mostly known in his native Wexford.

Read More: Hibernians celebrate the life and legacy of Commodore Barry, Irish founder of US Navy

I have visited Philadelphia many times and each time I've taken a moment to look at the statue of Barry. It's not hard to find. It's in Independence Square, right in front of Independence Hall. 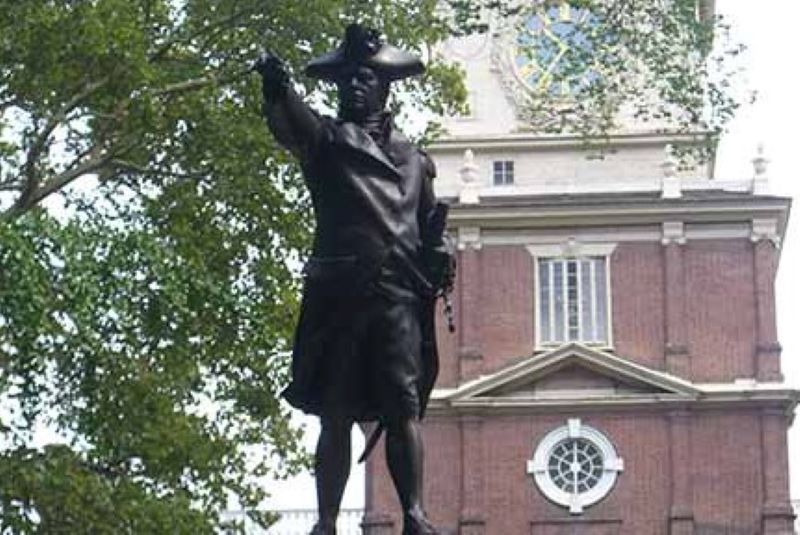 You can't miss it, but from what I've seen on my visits very few people actually pay any attention to the man whose statue greets them on exiting the building. During my visit there in 2011, the thought crossed my mind that many tourists from Ireland probably go on the Independence Hall tour and leave the area without ever realizing that the man who greets them in this quintessentially American location is an Irishman.

It's a shame that Barry is not better known - in America and Ireland - because Barry's story, while hardly unique, is fantastic. He grew up a poor kid in Ireland. His family was forced to leave their farm, supposedly by the landlord, and move to the coastal town of Rosslare. He was drawn to the sea, began working on merchant ships as a young boy and eventually sailed into Philadelphia, where he settled.

When the Revolutionary War broke out, Barry, who was then captaining merchant ships, volunteered for and was given the task of outfitting fighting ships. He had a successful war as the commander of a number of ships and even fought as a marine with Washington at Trenton and Princeton, while his ship was in dry dock. Barry's success during the war was rewarded later by President Washington, who made Barry the first head of the new United States Navy. 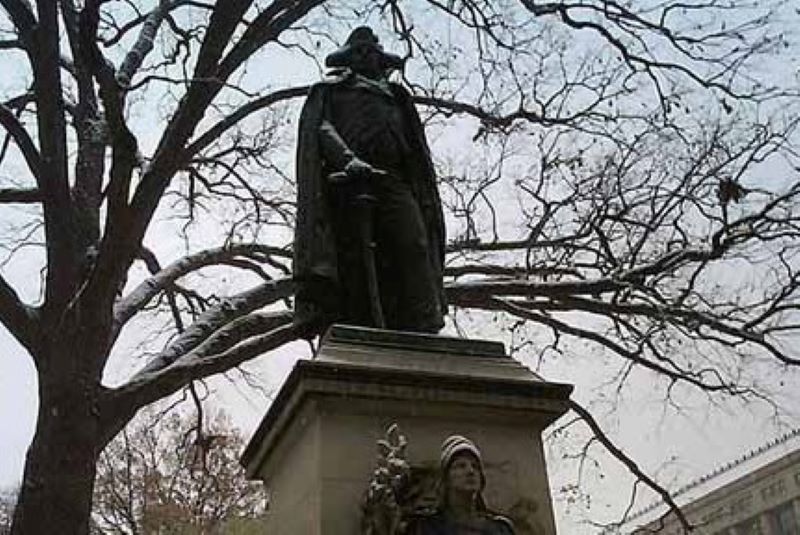 Read More: The US Navy's Birthday and its founding father Commodore John Barry

Philadelphia is not the only city with a Barry statue. There is one in Franklin Square in Washington, which I have not seen, and one in a prominent place in Wexford, which was a gift from "his grateful countrymen to the people of the land from which he sprung." 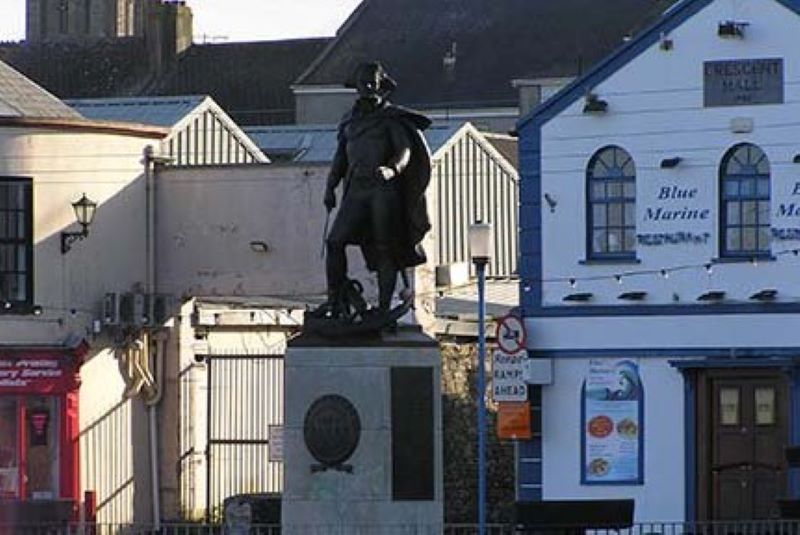 (Maybe it's my combative nature, but I prefer the Wexford statue that depicts Barry with the sword in his hand. In the Philadelphia statue he's pointing his hand and his sword is in its scabbard.)

While you can't miss Barry's statue if you visit Philadelphia, you can miss his grave. I know because I did every time I visited until this year. His grave is well worth visiting, however, and it's only three blocks away from the statue. (Although on the day I visited, July 23, 2011, it was over 100F and those three blocks seemed an awfully long way.) 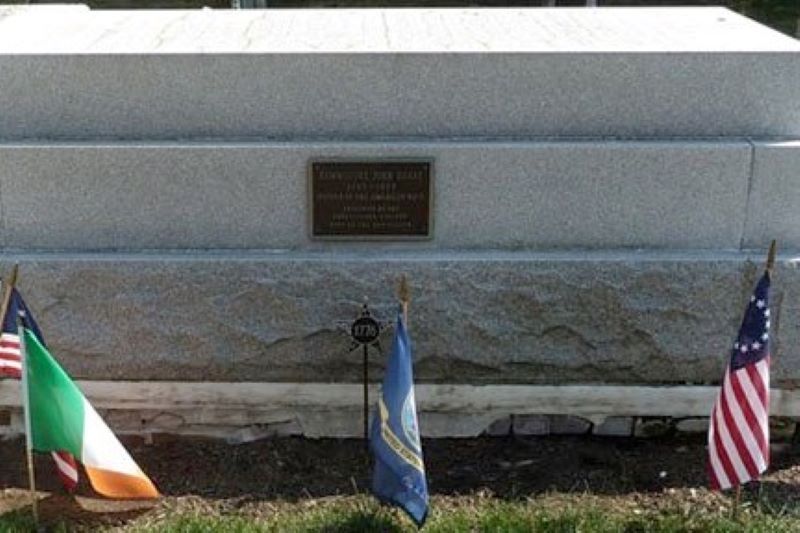 Read More: Memorial to US Navy unveiled in Derry

Barry's grave is in a beautiful setting and well maintained in Old St. Mary's Churchyard. The epitaph on his tomb, restored in the 1870s, is poetic. It begins with:

Let the Christian, Patriot and soldier
Who visits these mansions of the dead
View this monument with respect.
Beneath it are interred the remains of
COMMODORE JOHN BARRY
Father of the American Navy.
He was born in the County Wexford in Ireland
But America was the object of his patriotism
And the theatre of his usefulness.

Barry is not the only prominent Irishman buried at Old St. Mary's. Thomas Fitzsimons from Wicklow, who signed the United States Constitution, and General Stephen Moylan from Cork, who during the Revolution was Quartermaster General, Aide to General Washington and finished the war as a Brigadier General, are both buried there. These two, along with Barry, put Old St Mary's high on the list of important places in Irish American history.