Burke - If you bear one of these names you could be a musician or politician. 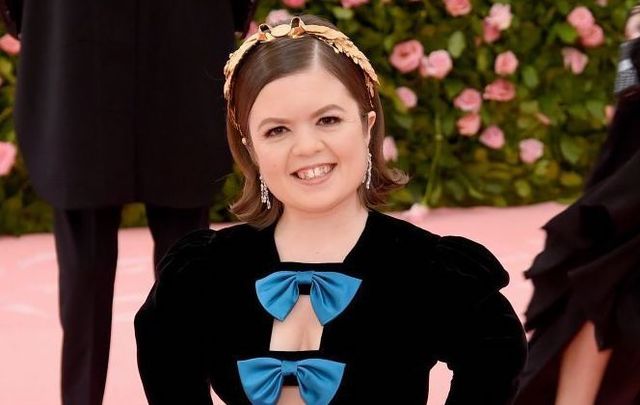 May 6, 2019: Sinéad Burke, an Irish writer, academic, and disability activist, at the Met Gala in New York City. Getty Images

Burke - If you bear one of these names, you could be a musician or politician.

This popular Irish surname has a number of variants, but ones found in Ireland could be considered all descendants of William de Burgh, a Norman adventurer, and a knight who settled in Ireland around 1160.

The de Burgh family had owned a small village in North Yorkshire for hundreds of years when King Henry II of England appointed him Governor of Limerick. He was eventually granted vast estates of land in Leinster, Munster, and Connacht, although his time in Ireland was riddled with battles, plots to overthrow and conspiracies to kill as he set out to conquer Connacht.

The Annals of Four Masters record his death by stating: “William Burke plundered Connaught, as well churches as territories; but God and saints took vengeance on him for that; for he died of a singular disease, too shameful to be described.” Today in Ireland, it is estimated that there are around 19,000 Burkes, and if counting variant Bourke, it is within the top twenty most common surnames. So strong is Burke presence in Ireland, that they are thought to have built 121 castles in Galway, and left at least 38 variations of the name behind!

Of these variations, there has been at least one more famous de Burgh, in form of crooner Chris de Burgh, grandson of General Sir Eric de Burgh of Bargy Castle, County Wexford. The first female president of Ireland, Mary Robinson, hails from County Mayo and her father, who was a medical doctor, was a Bourke, while comedian Kathy Burke of Harry Enfield fame has Irish roots.

One more, rather sinister legacy of Burke surname has become a term used by homicide detectives, thanks to Irish criminal William Burke of 18th and 19th centuries. After migrating to Scotland, Burke committed a number of brutal murders in Edinburgh and then sold bodies for medical experimentation. Since his method of choice was to get his victims drunk, then suffocate them, ‘burking’ was used as a term to describe a murder where little evidence of violence is apparent.