Is abortion issue dooming US Democrats?

Underneath all the Trump-Russia-impeachment talk, we are overlooking an Irish civil war on the issue of abortion. 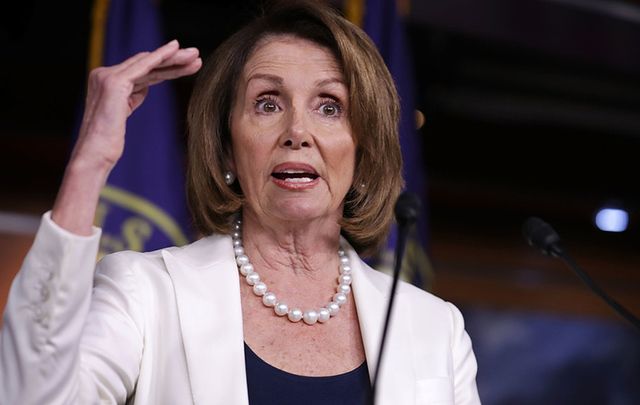 With so much insanity coming out of Washington on a daily -- even hourly -- basis, it’s easy to forget about the old-fashioned things that used to divide this country.

Like abortion.  Underneath all the Trump-Russia-impeachment talk, we are overlooking an Irish civil war on the issue of abortion.

Some feel it was not Trump’s, uh, unique leadership skills, but rather his pro-life stance that won him so many Irish and other ethnic Catholic votes, which basically won him the presidency.

“Once-solid Catholic support for Democrats has steadily eroded,” Groome wrote in a recent New York Times op-ed piece. “Many Catholics came to view the Democrats as unconditionally supporting abortion. Last year’s election was a watershed in this evolution.”

Groome adds Hillary Clinton’s defeat was “all the more remarkable considering that Mrs. Clinton shared many Catholic social values. By contrast, Mr. Trump’s disrespect for women, his racism, sexism and xenophobia should have discouraged conscientious Catholics from voting for him ... But for many traditional Catholic voters, Mrs. Clinton’s unqualified support for abortion rights — and Mr. Trump’s opposition (and promise to nominate anti-abortion Supreme Court justices) — were tipping points.”

It must be acknowledged that when certain high-minded folks (liberals) think “pro-life,” they often think of a toothless religious zealot living in a trailer park in the Midwest.

But in America magazine, Irish American associate editor Robert David Sullivan makes this interesting point:  “Many pro-choice activists are dismissive of the idea that voters can oppose abortion for any reason other than wanting to oppress women. They cannot accept that some of the same men and women rallying for the humane treatment of refugees, for the abolition of the death penalty and for the Black Lives Matter movement also have moral objections to abortion -- that the consistent ethic of life is real for many people.”

But wait a minute. As Jon O’Brien, the Irish-born leader of Catholics for Choice, recently noted, “The majority of Catholics believe that the primacy of conscience in our faith compels us to support the freedom of women of all races, creeds and incomes to make their own conscience-based decisions about their bodies.  More than 60 percent of Catholics believe abortion should be legal; six in 10 Catholic voters say that abortion can be a moral choice; and Catholic women have abortions at the same rate as women of other faiths.”

O’Brien adds, “At a time when President Trump is installing an anti-choice and anti-women regime ... it is sad to see Minority Leader (Nancy) Pelosi wanting to take the Democratic Party back to its pre-civil rights past.”

O’Brien was responding to recent comments by top Democrat Pelosi, who told The Washington Post that Democrats need to make sure they don’t shut out voters -- especially Catholic ones -- who may be pro-life.

She said “one thing unifies” Democrats: “Our values about working families.

That such a mild statement got O’Brien and many other pro-lifers upset should indeed be disturbing for Democrats.  Trump did all he could to lose the election.  Now he is hard at work earning the title “worst president ever.”

And yet, Democrats can’t stop bickering about abortion.  Look no further than the mayoral election in Omaha, Nebraska, where a pro-choice Catholic candidate was nevertheless blasted by abortion rights advocates for daring to support rather technical legislation informing a woman of her right to request an ultrasound before an abortion.

Here’s the bottom line: Trump is a chump.  But he got a lot of votes.  Many Trump haters ask: Why would a Catholic, why would a woman, vote for such a person?

Trouble is, they never actually wait for an answer.