"We should ask tough questions... But we don’t. So we just keep spewing silliness." 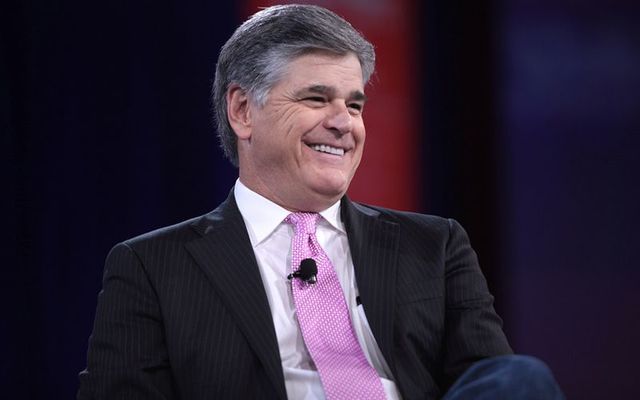 You could blame Newsweek, which ran a sloppy opinion essay on its website this week, entitled “Why Are All the Conservative Loudmouths Irish American?”  But even before you get to the first words of this essay, a shrewd Newsweek editor placed a disclaimer: “This article first appeared on the History News Network.”

Already, one of the “loudmouth” pundits mentioned in the article, Fox News’ Sean Hannity, has blasted Newsweek.

"Newsweek is a disgrace, and to publish such hatred and bigotry in this day and age is beyond the pale," he said.

"Perhaps Newsweek should learn the history of people like my grandparents who came to this country with no money, faced discrimination and poverty all in the hopes that their children and grandchildren could have a better life.”

And, yet again, we wait for Rod Serling to step out from behind a tree or a bush, to tell us that we just left reality and wandered into the Twilight Zone.

The Newsweek post, by a college history teacher named Van Gosse, attempts to trace the origins of Irish American conservatism back to commie-hunter Joseph McCarthy, and strains to make various points about assimilation and politics, in an effort to explain how we ended up with an AOH roster of names like Hannity, O’Reilly, Bannon and Buchanan barking right-wing platitudes at us.

But we don’t. So we just keep spewing silliness.

We get Hannity’s weepy story about Grandma and Grandpa shuffling through Ellis Island with their empty pockets and dreams of a better future.  Why doesn’t Hannity tell that story to his pal in the White House, who depicts today’s immigrants with the very same hopes as predators -- exactly as anti-Irish bigots such as cartoonist Thomas Nast did back in the day.

Instead we get Hannity -- who has made a career blasting Democrats for playing the race card -- and his fans blasting Newsweek as “racist.”

For what it’s worth, Van Gosse is also right that race played a key part in how the Irish assimilated.  There is something to the fact that European immigrants sought to “become” white, so that as low as they were on the social ladder, there would always be someone below them.

But Gosse, just like so many other righteous folks on the left, misses an equally important point. They wonder why Irish Americans abandoned the progressive coalition of marginalized groups like blacks, Jews, the poor and working class.  They never ask what they did to push the Irish out of that coalition, and into the hands of WASP Republicans.

Gosse traces this back to the 1950s and McCarthy, but that’s not far enough.  And it’s not just race, but religion too.

In the 1920s, the KKK was still burning crosses against Catholics.  But by the 1930s, when the Spanish Civil War became a global intellectual battle, anyone who even thought about siding with the church loyalists was dismissed as a “fascist.”

Again and again, it was made clear to Irish Americans that their links to the church made them reactionaries, "bourgeois," and quite unwelcome among the common folk.

Given the centuries of adversity they endured, perhaps Irish Catholics could have resisted this. But the open-minded folks fighting the good progressive fight also could have made some room in their coalition for devoted Catholics.  They would have found out there are actually some rather progressive elements within the church.

But no.  Irish Catholics were dismissed as bland, conformist, McCarthyites.