It now seems very likely that Fine Gael and Fianna Fail, with likely the Green Party too, will comprise the next Irish government. 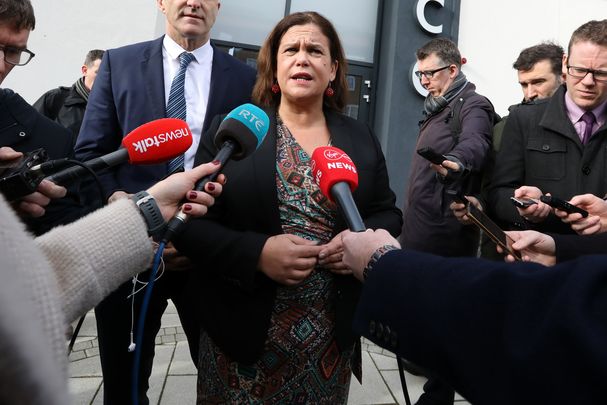 It now seems very likely that Fine Gael and Fianna Fail, with likely the Green Party too, will comprise the next Irish government.

Between them, Fine Gael and Fianna Fail took about 45 percent of the vote in the recent election, a far cry from when Fianna Fail ruled all alone in power or Fine Gael ruled with a small Labour Party contingent to make up the numbers.

Fine Gael ruled for nine years before the results of this year’s election and originally intended to go into opposition. But the siren call of power is always hard to resist, and Leo Varadkar now looks ready to bring his team back into government.

At this stage, after nine years in charge, it seems unlikely that Fine Gael has too many tricks up its sleeves.  They suffer from a reputation for having bright, articulate and highly educated ministers in government, but many of those ministers are politicians who have never really understood the world of struggle and challenge that so many of Ireland’s less well-off citizens experience.

The bright boy approach worked very well on the European stage when handling the Brexit issue which they negotiated superbly, but Fine Gael never fully understood the anger and angst among the electorate on issues such as hospital care and affordable housing. One wonders what new wrinkles they can add in government.

On the other hand, Fianna Fail leader Micheal Martin has been grasping for power since 2011 when he was the last man standing in the government that almost bankrupted Ireland as the Celtic Tiger dream became a crushing nightmare,

Fianna Fail’s poor performance in 2020 shows there's still more than a vestigial anger at the cronyism of the old Fianna Fail and a huge mistrust of the party in power.

Martin knows this is his only opportunity to become taoiseach, even if it is a rotating job between him and the Fine Gael leader.  He has single-handedly brought the party through its hardest years, but there still remains huge doubts about the “new” Fianna Fail.

Martin clearly fears Sinn Fein more than Fine Gael as evidenced by his rants aimed at that party and proclaiming them as unclean.  Interestingly, he had no qualms meeting them and working with them when he was Irish foreign minister in the 1990s. Likewise, as taoiseach, he would have extensive dealing with Sinn Fein on north/south consultative bodies as part of the Good Friday Agreement.

Read more: Will the Irish always be in ‘the shadow of the gunman’?

Ironically, bringing Sinn Fein and not Fine Gael Into government might have been a much smarter plan in terms of the future for Fianna Fail. Nothing takes the gloss off shiny fresh parties like a few years in government dealing with very tough decisions.

Sinn Fein will protest that they won’t be part of the government but privately might admit it is no great problem as the party can benefit greatly in terms of building up a strong political team for the next election which might not be long away.

A few years out of power is an ephemera for a party well placed to play the long game as Sinn Fein proved in the North.  Fianna Fail and Fine Gael will likely take the spoils on this occasion and form a government, but they must know their own futures are no longer guaranteed as members of a governing party in tough times and great impatience among the electorate which did not vote for this particular combination as they clearly do not represent change.

The further rise of Sinn Fein may be the ultimate outcome.