Paul McIntyre, who has been accused of murdering journalist Lyra McKee in Derry last year, has been granted bail. 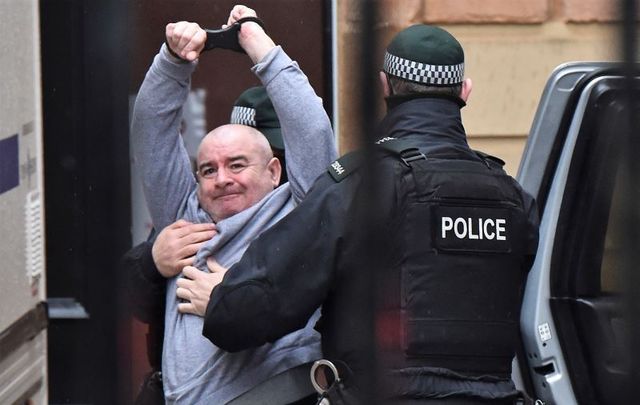 Paul McIntyre, who has been accused of murdering 29-year-old Lyra McKee, has been granted bail following a court appearance in Co Derry on February 27.

52-year-old McIntyre, from Co Derry, is charged with the murder of McKee, possession of a firearm, and membership of a proscribed organization, the IRA.

Journalist Lyra McKee, a native of Belfast who had recently moved to Derry, was shot and killed while she was observing an outbreak of violence in Creggan, Co Derry on April 18, 2019. The New IRA later claimed responsibility for her death.

BBC reports that McKee’s friends were present during the February 27 hearing at Derry’s Magistrates Court. McIntrye appeared via a video link from Maghaberry Prison where he was remanded into custody following an earlier court appearance.

Unlike McIntyre’s first court appearance on February 13, there were no protests outside the court.

BBC reports that the majority of the February 27 hearing revolved around a discussion about the evidence between the prosecution and defense.

Police told the court that McIntyre was identified as the main suspect after images captured of him earlier in the day on April 18, 2019, matched a description of a man who was seen picking up objects around the time of the journalist's death.

McIntyre’s defense attorney, Derwin Harvey, however, says that the prosecution has been relying on experts to create an "evidential link" between the two sets of images.

Herwin also argued that McIntyre should be granted bail insisting that there was no chance his client would attempt to flee Northern Ireland. McIntyre had previously been out on bail for four months, Harvey noted, and did not breach his bail conditions.

"It is unimaginable that he would take to his heels and flee somewhere else," Harvey said. "This case is crying out for Mr. McIntyre to face the music and seek an acquittal."

Judge Barney McElholm acknowledges that there is “universal condemnation” surrounding McKee’s death, but said in court that there is “no smoking gun.”

"Society is demanding justice for Lyra McKee,” Judge Barney McElholm said, “But justice is no good if one-sided, biased or not seen to be unscrupulously honest."

"I will grant Mr. McIntyre bail," he added.

McIntyre, who denies all of the charges against him, was observed “punching the air” when Judge McElholm said he would grant bail. He will, however, remain in custody until the outcome of the prosecution's appeal against the decision, which is expected to be heard next week.

McIntyre is due in court again on March 26.