Pfizer’s move to merge with Irish company Allergan illustrates the chasm between right and left. 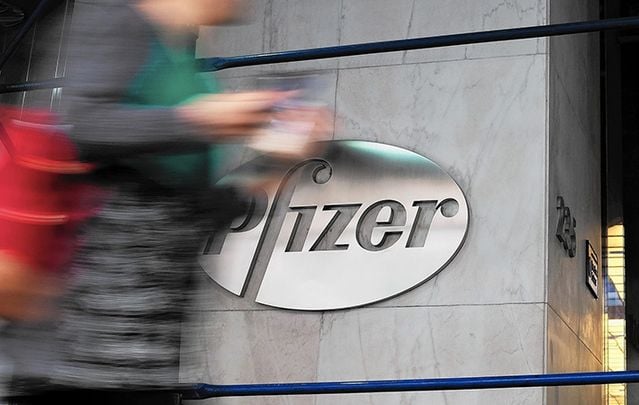 Pfizer’s move to merge with Irish company Allergan illustrates the chasm between right and left. iStock

Splashed across America’s news headlines this week has been the interesting story of the $160 billion Pfizer takeover of an Irish company named Allergan. Apart from inking the largest corporate merger deal on record when it closes in 2016, Pfizer will invert its corporate identity into the Irish company.

Thus, another of America’s largest companies will have its world headquarters in Ireland. So Pfizer will move its HQ brass plate to Ireland that right now proudly sits outside its offices at 235 East 42nd Street in midtown Manhattan.

Now, this has enraged the political class on America’s left. And, not just hard-lefties like Bernie Sanders. Here is what Democrat Party nominee-in-waiting Hillary Clinton had to say on the matter:

“For too long, powerful corporations have exploited loopholes that allow them to hide earnings abroad to lower their taxes. Now Pfizer is trying to reduce its tax bill even further.”

Senate Democratic leaders Harry Reid and Chuck Schumer also piled on denouncing Pfizer for the maneuver. And, The New Yorker Magazine – sort of the intellectual stormtrooper of the liberal elite – opined that Pfizer is a disgrace, even labeling Ireland’s corporation tax system “distinctly dodgy.”

By moving its corporate headquarters to Ireland, Pfizer will be lowering its tax rate. https://t.co/P0UDF6BBZ7 pic.twitter.com/6I2yZfvViX

Pfizer’s connections with Ireland date back a very long time – almost 50 years. In the mid-1960s, the company’s then-largest shareholder John A. Mulcahy liked the idea of Pfizer expanding its international manufacturing operations into the Emerald Isle. In 1969, the company started building its first plant in Cork, on the harbor in Ringaskiddy.

Today, the company is one of Ireland's leading employers with over 3,300 employees across seven locations based in Cork, Dublin, Kildare, and Sligo. Total capital investment by the company in Ireland exceeds $7 billion. Its interests in Ireland are diverse and include manufacturing, shared services, research and development, treasury and commercial operations.

And who is Allergan? It was only nine months ago – actually on Saint Patrick’s Day – that the New York Stock-Exchange-quoted Actavis announced the acquisition of Allergan, Inc. for $70.5 billion. That combination created one of the world's top 10 pharmaceutical companies with combined annual revenues of $23 billion and over 2,000 workers in its Irish operations. The company is best-known as the maker of Botox.

A little aside here – Ireland’s total gross national debt is $203 billion according to the National Treasury Management Agency. This includes all those bailout borrowings to rescue the country’s banking system. A back-of-the-envelope estimate for the value of loans and bank shareholdings that the Irish Government currently holds and will sell might net that number down to maybe $90 billion – which puts the Pfizer-Allergan deal $160 billion value in some perspective.

So what is going on here? It is well-known that America’s corporate tax regime is the most punitive in the world. Apart from having the highest rate of corporate tax (35%) the United States is one of only a handful of countries in the world that levies that tax on a company’s worldwide income – not just the profits it makes from its U.S. sales.

Take note here that there is a little wrinkle in this – the U.S. instituted a system of “tax deferral” (as long ago as 1918) whereby the IRS defers collection of taxes on overseas profits until those profit dollars are repatriated back to America. Thus, it is estimated that some $2 trillion of U.S. corporate profits are held overseas and will never be repatriated while this very high tax rate is in force.

Since the 1950s, Ireland’s Government has always calibrated a corporate tax system designed to encourage a flourishing private economy and economic growth through the corporate sector. This is not just a Johnny-come-lately tax system. It has been, in one form or other, a part of Ireland’s economic development programs since 1958 when then-Taoiseach Seán Lemass published T.K. Whitaker’s seminal document – "First Programme for Economic Expansion." That plan leveraged heavily America’s tax deferral codicil – and was the harbinger of the opening of the floodgates of American industrial capital flows into Ireland – which continue to this day.

So, if America’s Democrat Party hates Ireland’s tax system, where do Republicans stand on the matter? To a man (and a woman) all the candidates vying for the 2016 Presidential nomination seek an overhaul of corporation tax rates to make them lower. The conservative line has always been that less means more. Lower taxes encourage economic growth which will, in turn and paradoxically, generate more tax revenues for the Government.

In a neat way, this single issue illustrates the chasm between right and left in America today. The flavor-of-the-month in the political spin-cycle especially out of Washington, DC but also out of the blue-state capitals, is “income inequality” and the idea that the one-per-cent should pay “their fair share.”

Of course, the trouble with this calculus is that Pfizer’s profits are owned by the company’s shareholders. Not by the Government. Not by the left-wing stratum of the political class. And the chasm between right and left looks fair set to continue the gridlock that has been emblematic of America’s political scene for many decades now.