There’s nothing like being home in Ireland for Christmas

Christmas in Ireland is just a reminder of all the special things in your life. 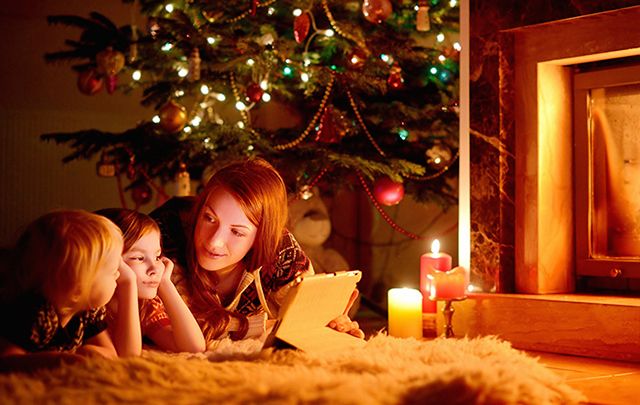 New York fun and glamor is all well and good but you can’t beat Christmas on Irish soil. iStock

Christmas in Ireland is just a reminder of all the special things in your life.

In 2012, April Drew moved back to Ireland having lived in New York for close to a decade. Following her first Christmas back in Ireland, she reflected on her time spent with family, too much food, laughter, love and too many toys from Santa.

This was our second Christmas in Ireland in 10 years and our first as a family. It was beyond special.

While living in New York for nine years we had many fun and memorable Christmases – dinner in Rory Dolan’s, kisses under the mistletoe at the Rambling House, skiing in Vermont, New Year’s Eve celebrations in Manhattan and the latter few years (after becoming parents) celebrations at our friends’ homes -- but you can’t beat Christmas on Irish soil.

Read More: Joy of being home in Ireland for Christmas

When we got married in Co Kerry in December 2009, we stayed on to celebrate Christmas with our families and we had a fantastic time. We ate too much, drank too much, slept in way too late many mornings after nights out, and we visited every one we possibly could over the holidays.

Christmas 2012 was a very different kind of celebration, and I think it’s fair to say one of the best we’ve ever put down.

Anyone who has kids or is around children for Christmas knows it brings a certain excitement to a home.  Even if the kids aren’t all that familiar with Santa and his goodies, there is still a wonderful buzz about the place.

This was Sadie’s first Christmas, and aside from wearing many pretty dresses every day over the holidays, she just went with the flow and wondered every now and then where all these toys were coming from.

Colum, on the other hand, is a lot more aware of the tradition of Christmas. We went to Mass more, he ate chocolate more, he stayed up late a lot, he watched E.T. a billion times and literally overnight his modest playroom became a top of the range kid gym with a slide, tent, ball pool -- the list goes on.

Christmas in Ireland is a time for family.

I swore to myself I’d only ever give my children one big toy and two little toys each Christmas in an effort to prevent them from being spoiled (and to follow on from what my mother did with us).

Well, that plan went west with the wind when I went into the attic to retrieve the bits I brought home from New York. I forgot about the tent, the car, the dozens of books and everything else.

“Ah just this year I’ll give them everything and I’ll implement my ‘rule’ next year,” I said to John. He laughed as if to say, “We’ll see.”

And naturally on top of Santa spoiling the kids in our house in Limerick, John’s family, our wonderful friends in New York, and my family in Kerry doubled the toy load, so now I have enough toys to open up a store if I wanted to.

But aside from spoiling the kids, there isn’t a better feeling in the world than being able to sit down with our families on Christmas Day and have dinner. It’s nice to reminisce about our childhood pasts, tease each other about things that have gone haywire in our lives, dump Brussels sprouts onto someone else’s plate when mother isn’t looking, argue over whose turn it is to clean up and, most of all, laugh all day at the antics of our kiddies, our babies who kept us fully entertained throughout the Christmas.

My brother Gavin (my only sibling) also got engaged to his beautiful fiancée Carol on Christmas Eve, so it added to the celebrations this year.

I wrote about it before, the sadness and heartache of sitting in an apartment in New York Skyping our families on Christmas Day. It’s hard and you make the most of a sad situation over there by spending it with friends (our New York family), so we took nothing for granted this Christmas.

We went for the traditional Chinese dinner with John’s crew on Christmas Eve followed by a marathon of the Irish TV show Love/Hate on the telly. We woke the kids up at 8 am on Christmas morning and watched with excitement as they opened their Santa presents.

We then attended 10 am Mass with the Mooney clan and all headed back to John’s mom’s house for a fantastic fry-up and more gift-giving.  We were on the road to Kerry (I’m from Tralee) at 12.30pm and were sitting down at Nana Liz’s dinner table by 3 pm. 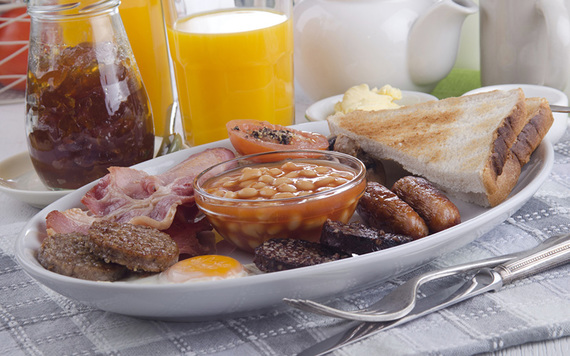 Is there anything better than a Christmas Day fry?

To say we were stuffed would have been an understatement, but wasn’t everyone in the same boat!

The weather was extremely mild – in the 60s - so we didn’t get a white Christmas (instead, we all got the flu) but the rain held off which made visiting all our friends and some more family on St. Stephen’s Day pleasure.

I heard many times prior to the 25th that “it doesn’t feel like Christmas this year.” I smiled but never concurred.

Since the beginning of December, I had the car radio tuned into the dedicated Christmas music station. All the shops had decorations, bright lights, and festive tunes playing, all the shopping centers around the city had Santa Claus visiting.

Limerick City was full every day of people with red paper shopping bags and the television was saturated with Christmas specials. It sure felt like Christmas to me. Colum came home from daycare every day with a self-made snowman or Santa. People were having Christmas parties and plans were put in place early in December for nights out (two of which we went on and enjoyed.)

Being in Limerick I also had the pleasure of seeing some of the thousands of travelers (gypsies) that descended upon Rathkeale, a small town about half an hour outside the city over the holidays.  I was doing some last-minute shopping a few days before Christmas in one of the shopping centers when all of a sudden I felt like I had been plunged into an episode of My Big Fat Gypsy Wedding.

Read More: Best old Irish Christmas adverts that will bring a tear to your eye

This was one of the colder days over the holidays but it didn’t stop the young pretty traveler girls donning – well, donning practically nothing. If you’re familiar with the show at all you will know what I mean when I say they were dressed up in what appeared to be their social attire.

The boys had white suits on (at least they were covered up) but the young girls – no more than 16 or 17 – had neon pink and yellow bits of outfits. They were literally wearing a bra with tassels (although not many) draping down from the back -- not the front -- a piece of material that was supposed to constitute a skirt, I guess, and heels that were about seven inches high. They were orange with fake tan and all appeared to have big hair and big earrings.

The boys dragged them by the hand through the shopping centers as they stumbled over the heels and shouted orders to slow down every few feet. The girls must have been freezing. I know I was just looking at them.

Over 4,000 travelers came from all over the world to celebrate Christmas in Rathkeale. It’s an annual tradition, and there are often weddings celebrated during this time. I’ve no doubt they went on to enjoy themselves that day.

So it’s the New Year now and the travelers have gone back to their respective parts of the world, Santa Claus suits are being sent to the dry cleaners for next year, the Christmas trees are being thrown away and we’re all making best efforts to settle into January with new focuses, plans, and promises. We’ll see how we all get on.

Are you traveling home for Christmas in Ireland? Let us know of your travels in the comments section.