High time for Bernie Sanders to get off the stage

"Sanders is like that unwelcome party goer who never takes the hint from the hosts that the party is over." 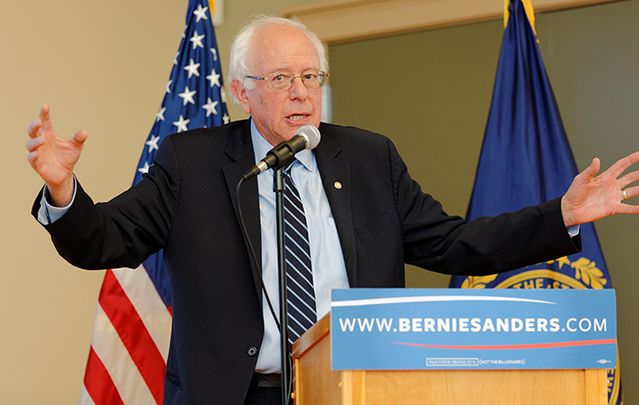 Bernie Sanders is like that unwelcome party goer who never takes the hint from the hosts, says James O'Shea. Wikimedia

Bernie Sanders is like that unwelcome party goer who never takes the hint from the hosts that the party is over and he needs to go home.

Settling down among the beer bottles and overflowing ashtray, the Sanders character usually attempts a sing-song or calls for another drink to keep the party going.

That is Sanders today, Wednesday, June 8, after getting his clock cleaned in California, finishing 3.5 million votes behind Hillary Clinton and still insisting the party must go on.

He is fast changing from the eccentric but beloved older uncle into the Dick Dastardly of the Democrats, trying desperately to stay alive by hook or by crook, no matter what the numbers say.

His wife Jane O’Meara Sanders is said to be driving him on, as are some rabid supporters who view the end of the primary season as the coming of Armageddon.

Some of the followers are mighty nasty folks, too. The New York Times writer Amy Chozik tweeted how she received death threats from anonymous callers to her cell phone. Bernie refused to apologize for them.

That’s not surprising. Sanders may have a warm and grandfatherly image, but the press find him bitter, bad-tempered, and always ready to take offense.

He appears to want to continue despite the fact that the Hillary horse has passed the winning line and been acclaimed as the winner.

But Sanders is reluctant to let go of the adoring crowds, the massive media attention, and the millions hanging on every word.

He is a Democrat for less than two years, yet he demands the party run to him given the fact that he leads in polls against Trump.

Why have primaries at all in that case, but just poll who is the most popular and elect him or her?

Sanders had no legislative record and has passed just one bill in over two decades in Congress. As president, he would use the bully pulpit but would lack any credibility to negotiate.

It is time he conceded the race, hard and all as that is, and get behind the Democratic Party candidate. If by some fluke Donald Trump got elected because of Sanders staying in the race, it will be a scarlet stain forever on his reputation.

He surely does not want that.