Finally, Northern Ireland says ‘Yes’ after decades of ‘No’

“I sense those first steps towards the light of equality, tolerance and peacemaking at Stormont.” 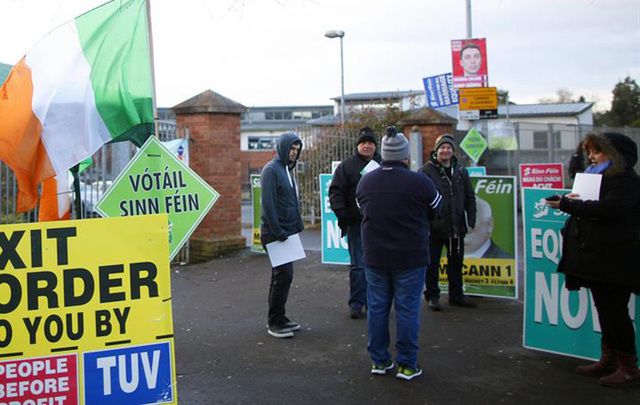 Northern Ireland went to the polls in their droves last week.

Students of Belfast politics know that the moment when the city moved to a forward trajectory was the moment unionists had to share power with the rest of us.

That moved Belfast City Hall from a bastion of bigotry in the eighties – I used to wear a flak jacket to attend meetings there in days of utter darkness, division and despair for all our people – to a beacon of bridge-building in 2017.

It’s been a long and torturous journey, but I sense those first steps towards the light of equality, tolerance and peacemaking at Stormont with the news that Thursday’s election results mean that, for the first time in a century, unionists no longer hold a majority of the seats in Stormont.

In the last Assembly, unionists held 56 seats out of 108.

In this reduced 90-seat Assembly, the DUP, TUV and UUP hold just 39. The slimmed-down Assembly contains just 90 seats, down from 108. Of that number, 16 were lost by unionists. This is the best-ever election for Sinn Féin - with almost 225,00 votes, just 1,000 behind the DUP – the worst-ever for unionists.

We are all minorities – or majorities – now with quite a few cheerful crocodiles in our midst.

Big contrast between the parties up at Stormont today https://t.co/7rbCY0yuPH pic.twitter.com/duCrwdsi52

The DUP no longer have the 30 votes needed to persecute minorities by use of the ‘petition of concern’ mechanism.

And that means we have a golden opportunity to say ‘yes’ instead of ‘no.’

Yes to diversity. Yes to the gift of an Irish Language Act. Yes to marriage equality. Yes to integrity in all our governmental affairs. Yes to parity of esteem. Yes to special status in the European Union post-Brexit. And, most of all, yes to a unified and reconciled Ireland which puts the interests of all people first, regardless of their color or where they worship or who they love.

A new day dawning which will require more work than ever from all of us whether in Ireland or beyond – with a special role, undoubtedly, for Irish America.

Thanks for this epoch-making change goes to all those who believe in a new north of Ireland: the peace-loving nationalists and republicans who refused to allow narrow-minded extremists in the DUP turn back the clock to 1969; businessmen and businesswomen who really believe we can create a prosperous and shared society; and a growingly influential United Nations of ethnic minorities who understand that in diversity is strength.

A good day for sure for the 'Bright Side of the Road' people.

* Mairtin O Muilleoir was just elected for Sinn Fein from South Belfast to the Northern Ireland assembly. He was previously Minister for Finance and Mayor of Belfast.