Why were people in Northern Ireland voting dressed as Crocodiles?

Crocodiles were in fact one of the key issues in the Northern Ireland election - or so Sinn Féin would have you believe. 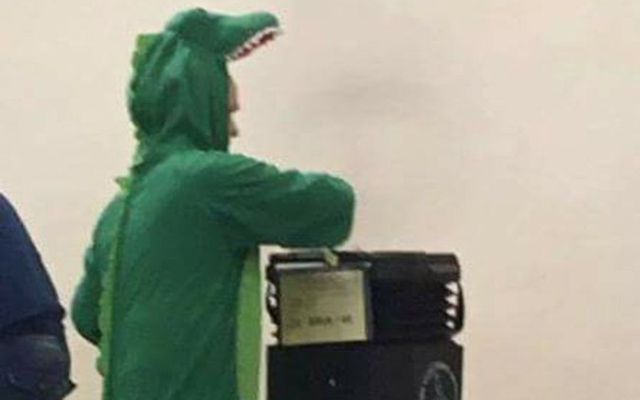 If you went out to cast a ballot in Northern Ireland’s Assembly election on Thursday you might have met a crocodile voting too.

Crocodiles were in fact one of the key issues in the Northern Ireland election - or so Sinn Féin would have you believe.

The joke came about after Northern Ireland’s outgoing First Minister Arlene Foster was asked about giving more rights to Irish language speakers - something her Democratic Unionist Party has long resisted on cost grounds.

"If you feed a crocodile, it will keep coming back for more," she told the media on the campaign trail last month.

Sinn Féin revelled in the slight and have been making crocodile jokes ever since.

"See you later, alligator," the party’s President Gerry Adams quipped at his own campaign event that day.

On the look out for Crocodiles in Omagh today with Gerry 'Dundee' Adams. 🐊 pic.twitter.com/u1si92Uovb

Let's get all the crocs out to vote - this one did bright and early #AE17 #crogaill #respect #vote - Vótáil Sinn Féin pic.twitter.com/PGRJmzv6NQ

Crocodiles out in Upper Bann reminding the DUP of the letters they forgot to mention for three weeks. #AE17 #crogaill #RHI pic.twitter.com/hQ2ZycuCiH

A couple of snappy chaps making their way to the nearest polling station in north Belfast. #VótáilSinnFéin pic.twitter.com/Ybo4r7BP3X

48hrs until election day. Time to make the change! pic.twitter.com/GzClfQ1OgT